In 1993, as a response to high suicide rates among Virginia’s gay, lesbian, and bisexual residents, a group of concerned citizens began discussing the creation of a community center that could serve as a meeting place and sanctuary. After two years of planning—which included designing this banner—the group disbanded before a center could be built. Currently there are numerous regional LGBTQ community centers—including the Gay Community Center of Richmond—that serve people throughout the commonwealth. 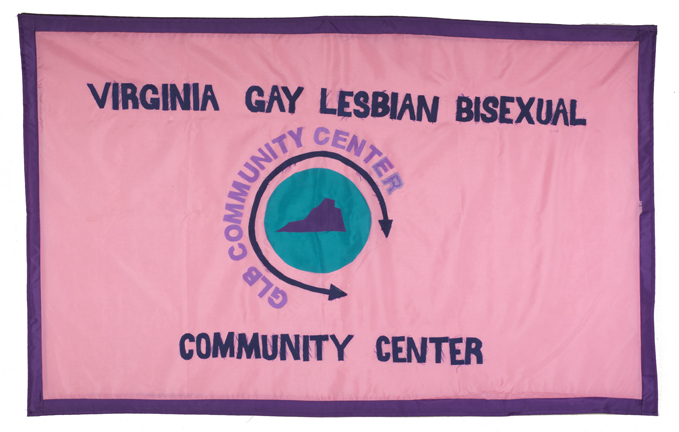