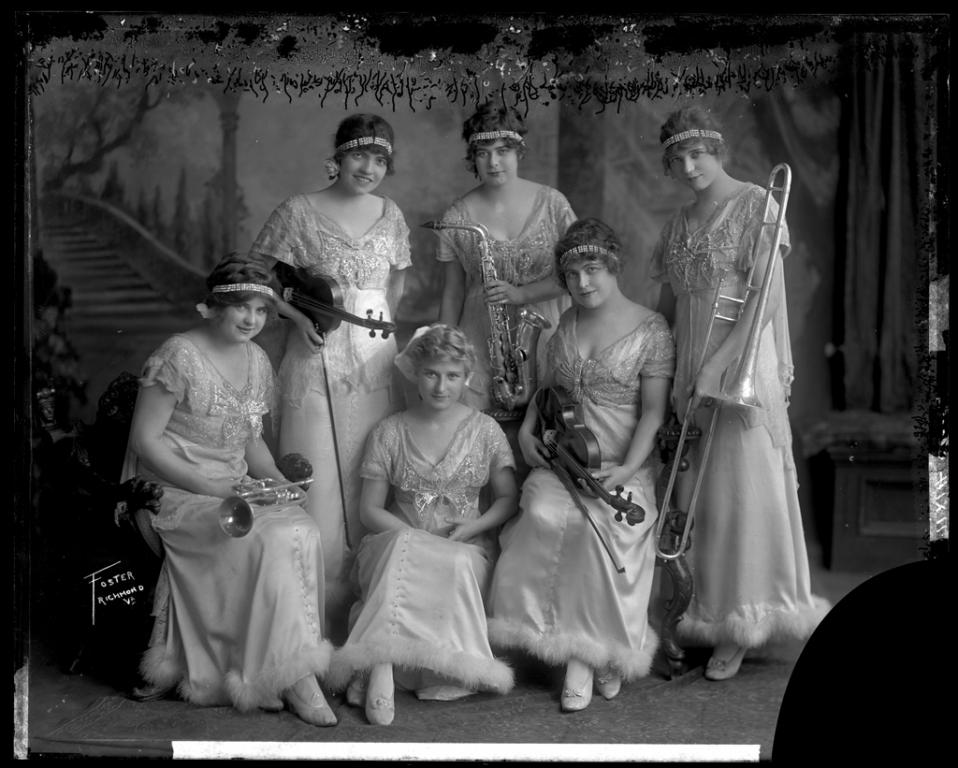 The Virginia Museum of History & Culture holds a treasure-trove of sources for research such as the glass plate negatives in the Walter Washington Foster collection. Originally from Norfolk, Foster relocated to Richmond, where he worked in partnership with other photographers and eventually operated his own studio from the late 1870s to the mid-1930s.

In 1972, 30,000 of his glass plate negatives were donated to the Virginia Historical Society. Photos of the Kirksmith Sisters Orchestra (Chautauqua and vaudeville musicians of the day) are among those donated. The Kirksmiths' travel schedule eventually landed them in Virginia, where they may have performed in Richmond. 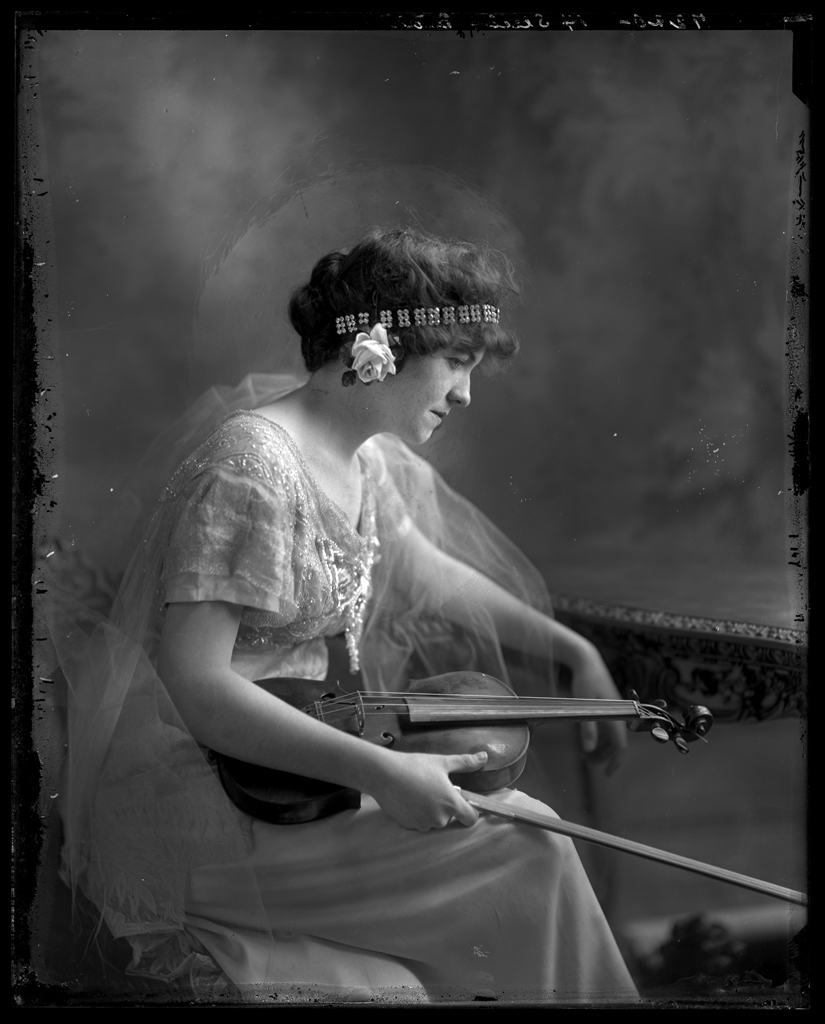 Miss Fern Kirksmith
Part of the Kirksmith sisters' appeal might have been their physical appearance on stage, their youth and beauty being enhanced by fashionable gowns and the latest of coiffures. (VHS accession number: 1991.1.28572)
Image 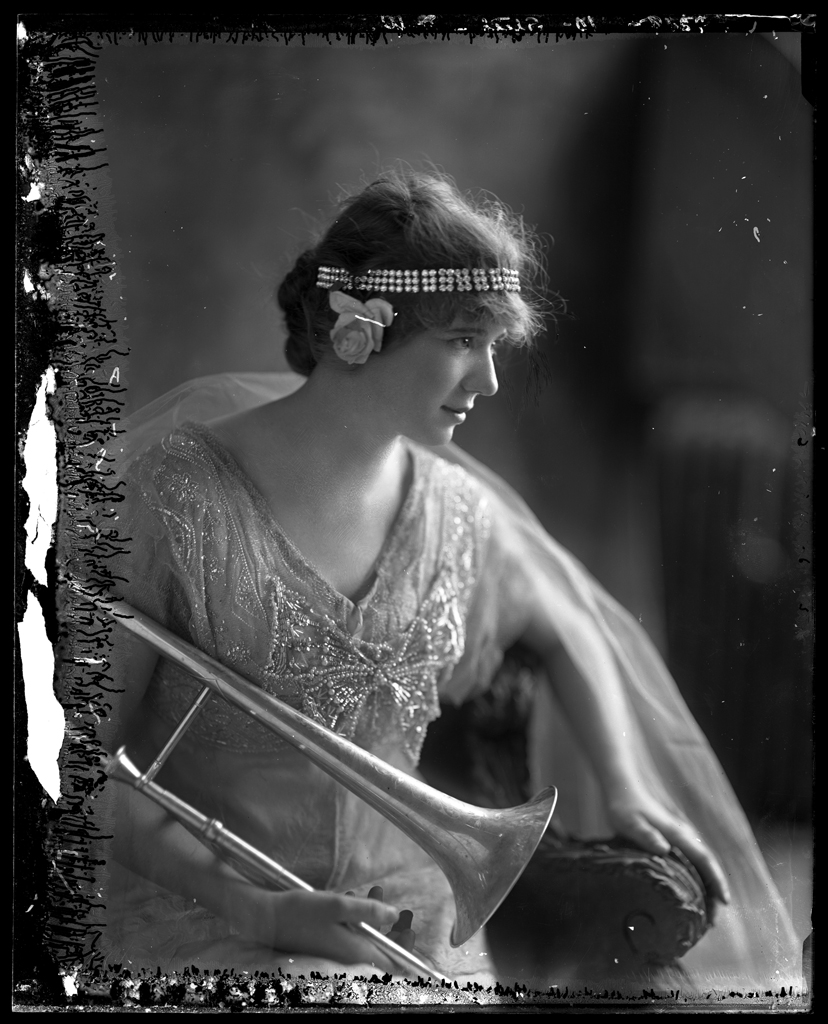 Miss Gladys Kirksmith
A contemporary account from one of their appearances relates a travel/style crisis: "Their baggage had not arrived . . . and they had on the worst they had. They seemed so ashamed of their attire that two of the best lookin, with their hair fixed puffiest, laughed so they could hardly play." (VHS accession number: 1991.1.28570)
Image 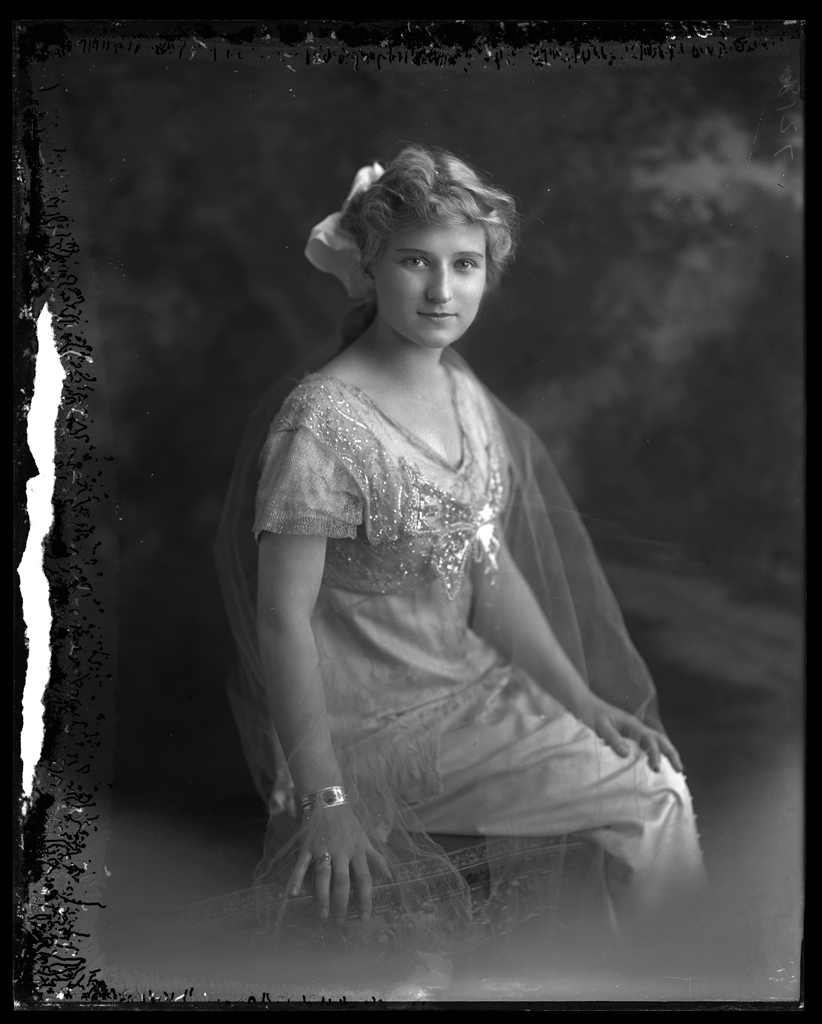 Miss Agnes Kirksmith
As circuit Chautauqua and vaudeville came to an end, the orchestra eventually broke up, with some sisters finding employment in other fields. No doubt fellow employees were regularly regaled with stories of the six sisters Kirksmiths' adventures as they conspired in presenting "masterful music rendered without the aid of a man." (VHS accession number: 1991.1.28573)