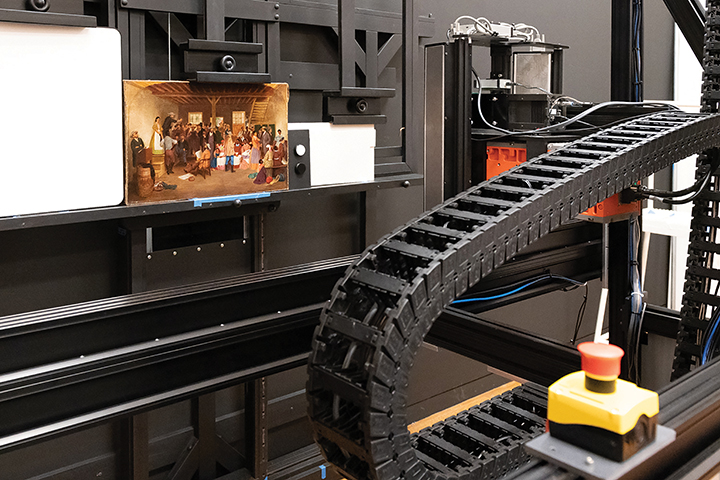 Photograph of the painting, Slave Auction, Virginia, being imaged at the Virginia Museum of Fine Arts.

The museum world is brimming with tales of curators sleuthing to discover intriguing stories that lay beneath the surface of artifacts. Perhaps no other form of object has captured this fascination more than paintings, which are often the subject of intense scientific scrutiny as conservators—highly trained specialists tasked with preserving collections—work with scholars to reveal these discoveries. One of the VMHC’s most important works of art was recently the subject of such an investigation.

English artist LeFevre J. Cranstone’s 1862 painting, Slave Auction, Virginia, was purchased by the Virginia Historical Society in 1991, one of two renditions made by the artist—the other resides at the Crystal Bridges Museum of American Art in Arkansas. There are significant differences between the two compositions, including elements that make the Crystal Bridges rendering much more provocative. This change in the artist’s perspective over time on such a politically and emotionally charged subject like slavery has long been a point of interest for art historians researching Cranstone. In 2019, infrared imaging performed at the Dallas Museum of Art revealed that the Crystal Bridges rendering had an intricate underdrawing with a grid, raising the question as to whether the VMHC work had a similar treatment and, if so, if it might reveal clues to determine the order in which the works were executed. 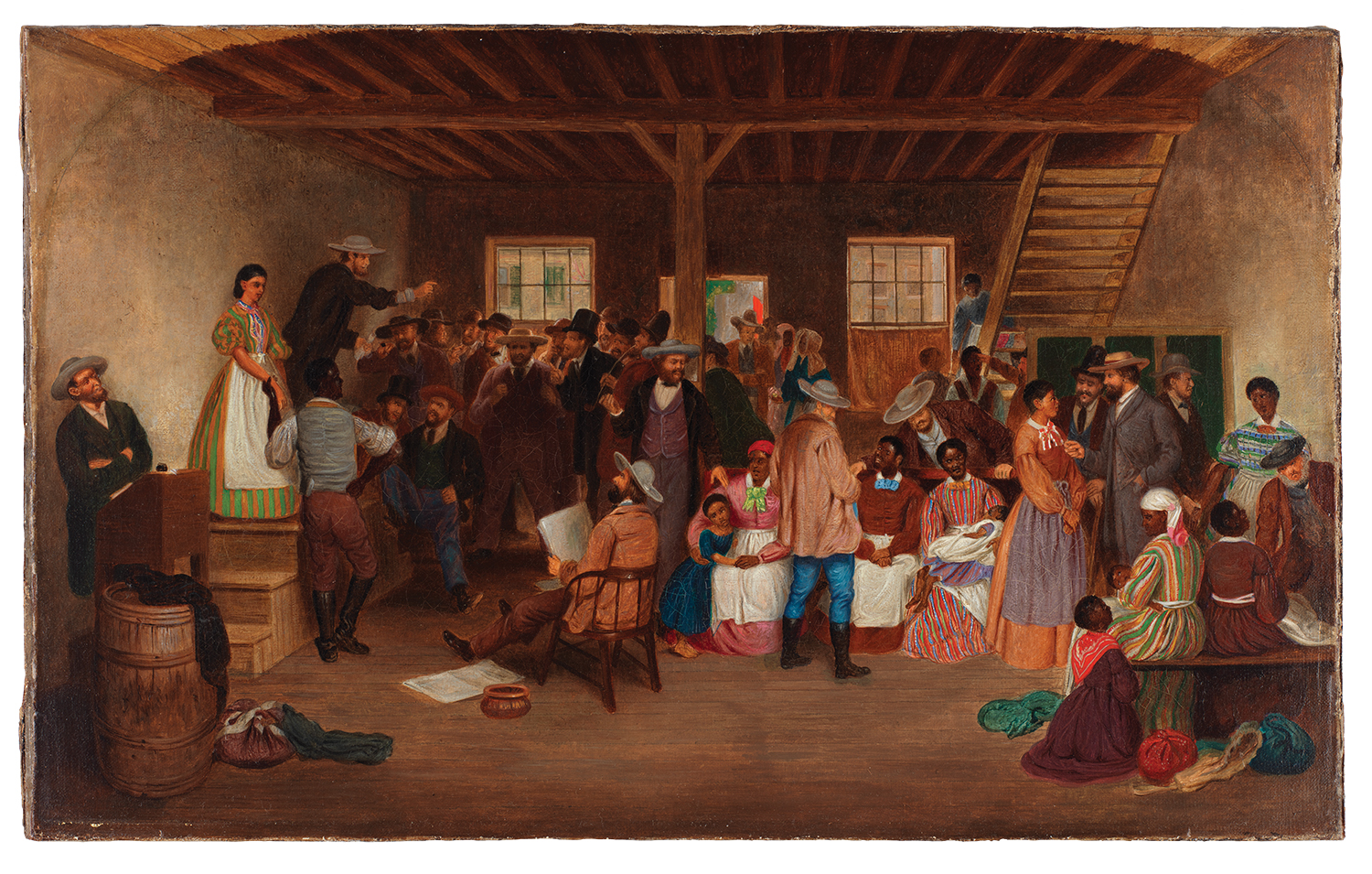 The VMHC painting was examined in December 2019 at the Virginia Museum of Fine Arts by their conservation team and Amanda Kasman, a graduate student from the Winterthur/University of Delaware Art Conservation Program, who examined the Crystal Bridges painting and was compiling her research for future publication. The painting was analyzed using a process called hyperspectral imaging, which allows a high-performance camera and imaging software to reveal characteristics of paintings such as chemical composition, color analysis, and underdrawings. The examination revealed a fully rendered and elaborate underpainting in an unfettered style that also lacked a grid like that found in the Crystal Bridge’s painting.

From this discovery, it has been concluded that the VMHC rendering was completed first, with the artist sketching the composition freehand on the bare canvas. By contrast, the Crystal Bridges rendering required a grid in the underdrawing to transfer or translate the image onto a new canvas. This suggests that the progression from the first version to the second version also marks an increased politicization of the scene. Researchers speculate that the VMHC interpretation was created by Cranstone immediately upon returning to England from the United States, and that the Crystal Bridges adaptation was completed after his learning of the outbreak of the American Civil War.