Who Freed the Enslaved People?

Two years of fighting changed what the war was about. Beginning in 1863, the North no longer fought only to save the United States but also to end slavery. Ending slavery was the only way to win the war and not have to fight again.

Generations of Americans hailed Abraham Lincoln as "The Great Emancipator." In recent decades some historians have minimized Lincoln's role and argued that the enslaved freed themselves. Enslaved people did take the initiative to escape, but reaching Washington, D.C., or the Ohio River was as impractical as ever. It was the presence of United States lines in Virginia—of Lincoln’s armies—that made successful escape more probable. After January 1, 1863, Lincoln’s Emancipation Proclamation inspired a dramatic increase in the number of escape attempts. 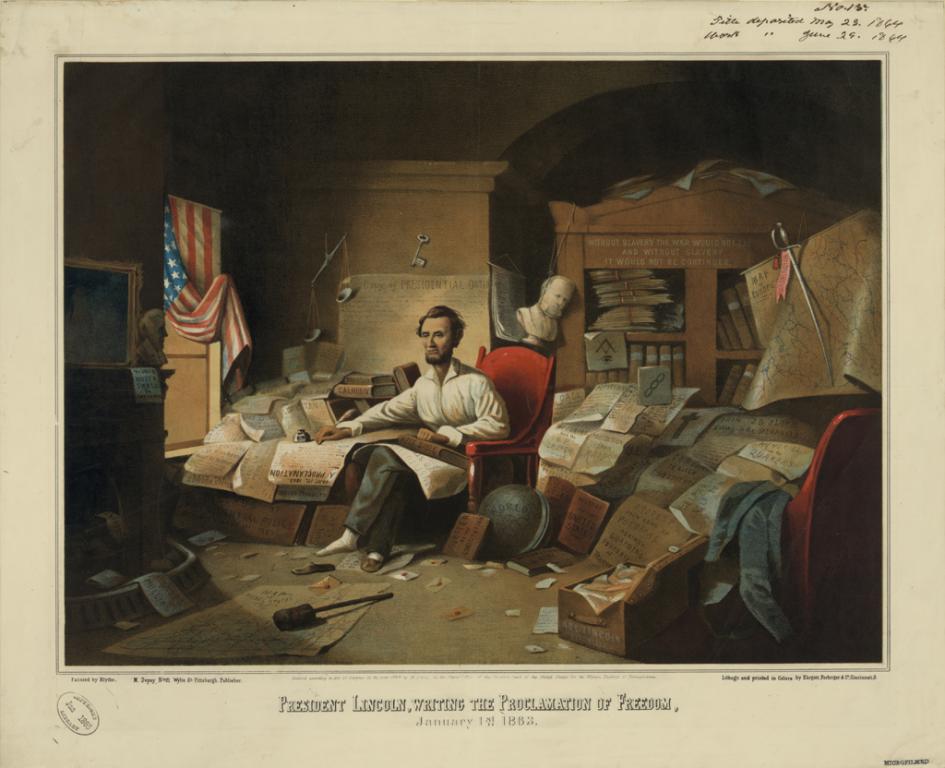 President Lincoln Sitting in his Office Surrounded by Skewed Papers and Boxes Writing the Proclamation of Freedom, January 1st, 1863, by David Gilmore Blythe, 1863

Lack of military successes, growing pressure from radical elements of his party, and fears that France or Great Britain might recognize the Confederacy plagued Abraham Lincoln during the summer of 1862. On September 22, he issued the preliminary Emancipation Proclamation declaring all slaves in areas not returned to U.S. control by January 1, 1863, "then, thenceforward, and forever free." The proclamation exempted the loyal slave states, areas then occupied by United States forces, and the forty-eight counties of Virginia in the process of forming West Virginia. The transformation of war aims to include ending slavery elicited contempt among Confederates as well as some resistance within the U.S. Army. The proclamation turned foreign opinion against the Confederacy and encouraged more slaves to escape to United States lines and enlist in the U.S. Army.

Lincoln worried that freeing the enslaved might aggravate northerners who had tired of the human and material costs of the war; he hoped it would inspire many of them. Given a noble cause, they might regain a resolve that would match that of their enemy. Many in fact applauded him. This laudatory commentary was drawn by a Pittsburgh artist. 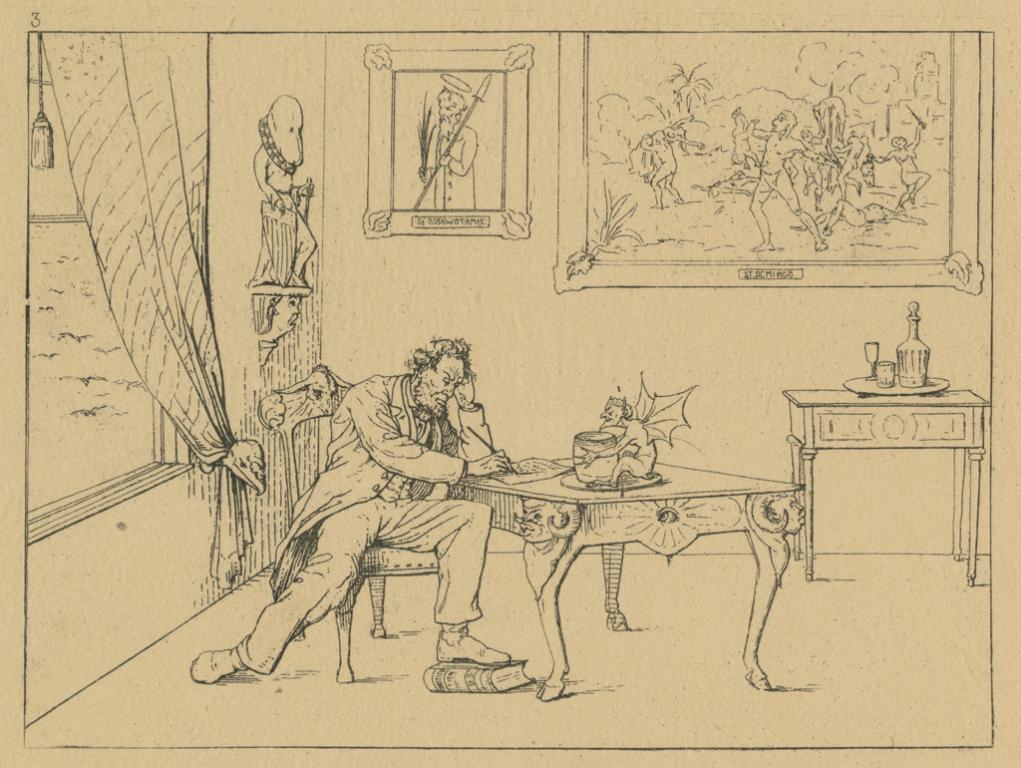 Southern and border state unionists, loyal slaveholders, and Democrats denounced the Emancipation Proclamation as "revolutionizing the war." This virulent commentary was drawn by Baltimore artist and Confederate sympathizer Adalbert Volck, whose images were not published until after the war.

Three Slaves Pictured in the Great Dismal Swamp Surrounded by Moss and Forest in “The Slave Hunt” [Dismal Swamp, Virginia], by Thomas Moran, 1864

A War to End Slavery

Lincoln’s Emancipation Proclamation of 1863 freed enslaved people in areas in rebellion against the United States. He had reinvented his "war to save the Union" as "a war to end slavery." Following that theme, this painting was sold in Philadelphia in 1864 to raise money for wounded troops. Their costly sacrifice could be justified by the nobility of a cause to end such atrocities as slave hunts.

Some fugitive enslaved people hid in Virginia’s famed Dismal Swamp during the Civil War. For decades they had hidden there. In 1855, Henry Wadsworth Longfellow wrote "The Slave in the Dismal Swamp," and in 1856, when Harriet Beecher Stowe produced a sequel to Uncle Tom’s Cabin, she called it Dred: A Tale of the Dismal Swamp.