By 1861, the United States population was steadily growing more diverse. Most nineteenth-century immigrants settled in cities and on farms in the northeastern and western states, but some gravitated to the cities of the South.

Most of the 500,000 new Americans serving in the Union and Confederate armies did so alongside their native-born neighbors. But some formed units solely based on ethnicity, giving themselves names like the “Telfair Irish Grays,” “German Rifles,” “Highlanders,” “Lafayette Guard,” and the “Garibaldi Guard.”

Sgt. Peter Welsh of the 28th Massachusetts Infantry expressed the sentiments of many immigrants when he wrote of the United States, "This is my country as much as the man that was born on the soil, and so it is with every man who comes to this country and becomes a citizen." 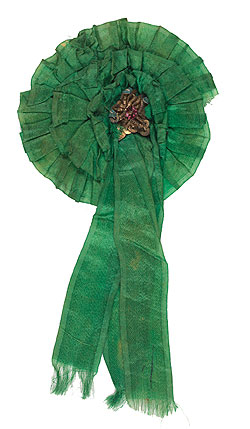 Denis F. Burke arrived from Ireland in 1855 at the age of fourteen. When the war began, he enlisted in the 88th New York Infantry—a regiment comprised solely of men of Irish descent. He became one of 150,000 Irishmen to serve in the Union army; another 30,000 joined the Confederacy.

Burke commanded a company of the 88th New York during its assaults on the Sunken Road at Antietam, Marye’s Heights at Fredericksburg, and the Wheat Field at Gettysburg; he was eventually promoted to colonel. At the close of the war, Burke returned to Ireland and participated in the movement to free that country from English rule. Arrested in 1867, he was released when the U.S. government intervened on his behalf. 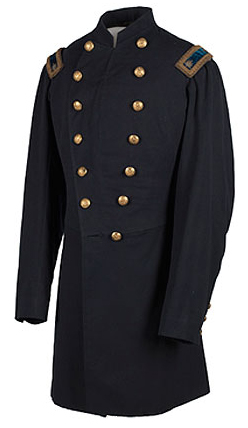 Born in Bremen, Germany, Frederick C. Winkler came to America at the age of six. In 1862, the twenty-four-year-old lawyer recruited an infantry company of German-speaking immigrants from southeastern Wisconsin. These men joined the 175,000 soldiers of German descent who served in the Union army.

Poorly positioned to receive a surprise Confederate counterattack near Chancellorsville, Virginia, in May 1863, the men of the 11th Corps—including Winkler’s 26th Wisconsin Infantry—were routed and the Union army was nearly destroyed. Although Winkler praised the behavior of his men, the German regiments composing 50 percent of the corps became scapegoats for the disaster. The anti-German dramatically diminished German-American support for the Union war effort and strengthened their resistance to adopting American culture.

Nearly 73,000 German immigrants lived in the Confederacy and 3,000 served in uniform. Johann August Heinrich Heros von Borcke arrived from Prussia in 1862 looking for experience in combat. He served on the staff of the audacious cavalry commander, Maj. Gen. J. E. B. Stuart. The two became close friends; Von Borcke was at Staurt's bedside when the Virginian died after being wounded at Yellow Tavern in 1864. Von Borcke returned to Prussia after the war.