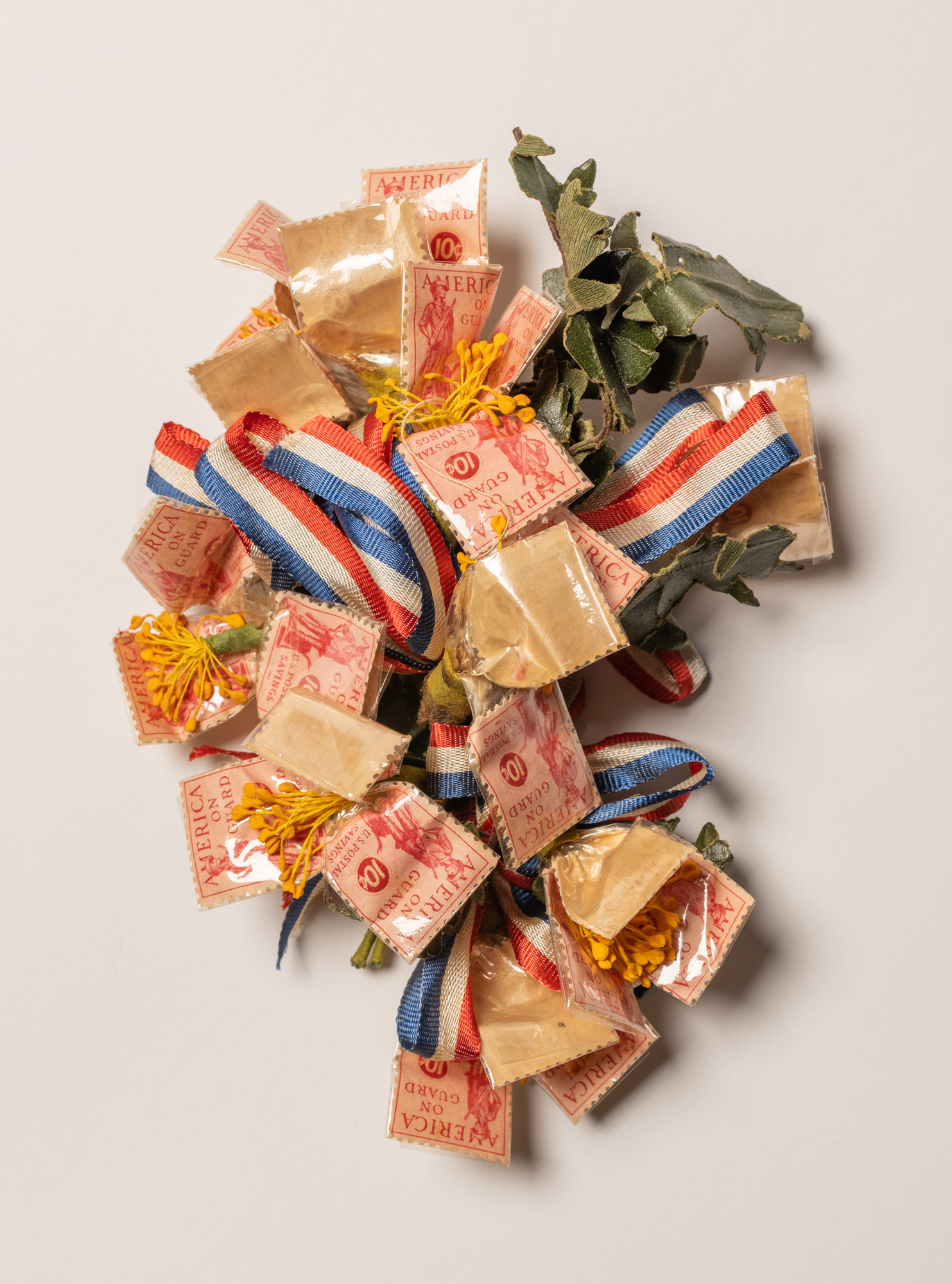 During World War II, Clair Bugg of Farmville became a kind of walking advertisement for the war effort: She wore this corsage made of 10-cent postal savings stamps.

The conflict – costing more than $4 trillion in today’s dollars – was the most expensive war in U.S. history. To finance this massive effort, the American government used a combination of measures, including selling war savings bonds to the public. Such bonds ultimately covered about 63% of the war's cost.

Building on a popular program from World War I, the U.S. Treasury sold savings bonds that, after a period of years, matured to a worth greater than the purchase price. This was a win-win deal: The government got immediate revenue, and the purchaser got a safe investment with a guaranteed rate of return.

To encourage all Americans to buy bonds – even low-income people and children – the U.S. Postal Service issued savings stamps that could be accumulated toward the purchase of a war bond. The stamp denominations ranged from 10 cents to $5 (the equivalent of roughly $1.60 to $80 today).

The Postal Service also provided albums or booklets for assembling the savings stamps. For instance, an individual could gradually collect 187 10-cent stamps ($18.70) and then redeem the album for a war bond that matured to $25 over 10 years.

The government aggressively marketed war bonds and savings stamps with a simple pitch: It was both a patriotic duty to support the nation’s war effort and a prudent investment for one’s personal finances. On the heels of the Great Depression's economic chaos, the stability of government bonds had strong public appeal. Community organizations, banks, schools, politicians, and others also promoted these savings programs.

Clair Bugg (1884–1976) was one such individual booster. An energetic woman devoted to civic service, she was also the wife of a local bank president in Farmville. Her husband ran a war bond drive in the community, and she likely donned this patriotic accessory to support the cause.

Bugg’s stamp corsage reflected just one way in which Virginia women contributed to America’s war effort in the 1940s: In addition to purchasing and promoting war bonds and savings stamps, they served in the military, worked in the defense industry, rationed goods, and made other sacrifices.

The corsage is also a charming historical reminder of how small gestures can add up to a greater form of service.