Writing the Declaration of Independence, 1776 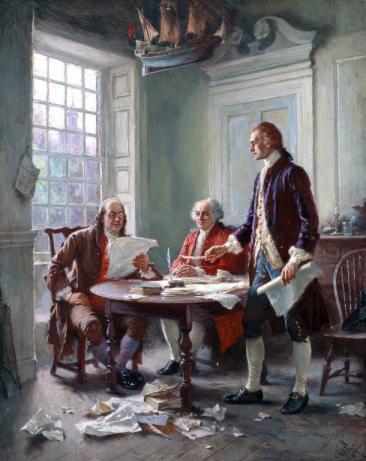 Writing the Declaration of Independence, 1776, by Jean Leon Gerome Ferris. Thomas Jefferson, John Adams, and Benjamin Franklin were named to a committee to prepare a declaration of independence. Jefferson (standing) did the actual writing because he was known as a good writer. Congress deleted Jefferson's most extravagant rhetoric and accusations.

You may view the original document online at the National Archives.