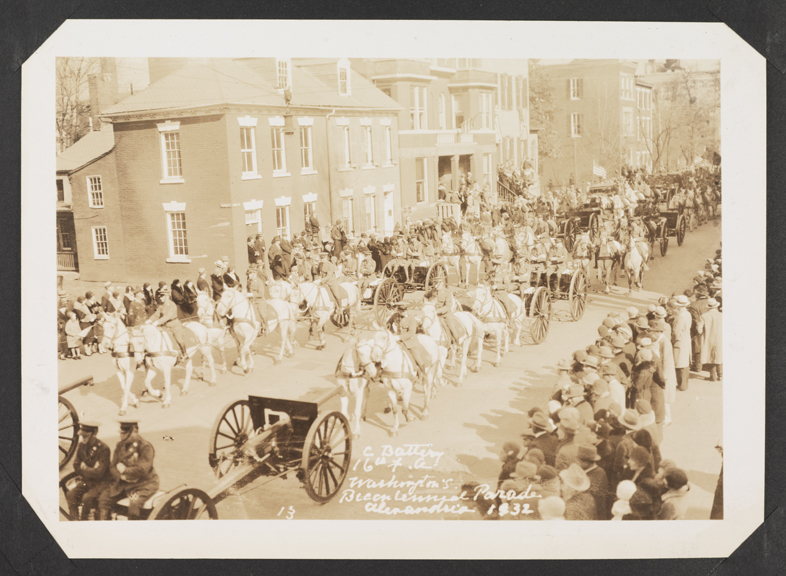 Parades like this one in Alexandria were held in cities and towns across the nation to celebrate George Washington’s 200th birthday. (VMHC Mss5:5 Un3:15)

Though you might not expect it, 1932 was a big year for George Washington. It marked the 200th anniversary of Washington’s birth and launched a year-long birthday party on a national scale.

Congress officially established the George Washington Bicentennial Commission to oversee and promote the celebratory events. Cities, schools, civic organizations, and private individuals across the nation planned ways to remember Washington as the greatest American hero—from parades and reenactments to essay competitions and special school courses on his significance. With Congress’ support, the bicentennial commission put out a flurry of publications of Washington’s papers and new scholarship on his life. The commission especially encouraged the participation of children in order to promote the importance of Washington to the next generation.

Americans invested so heavily in this celebration for several reasons. For one, the milestone coincided with the height of colonial revivalism—a national infatuation with all things colonial. In 1932, Washington and his era were very much in style. The Great Depression also played a role. During hard times Americans tended to look to the past to give hope for the future. Remembering how Washington overcame adversity inspired many twentieth-century Americans that they could do the same. 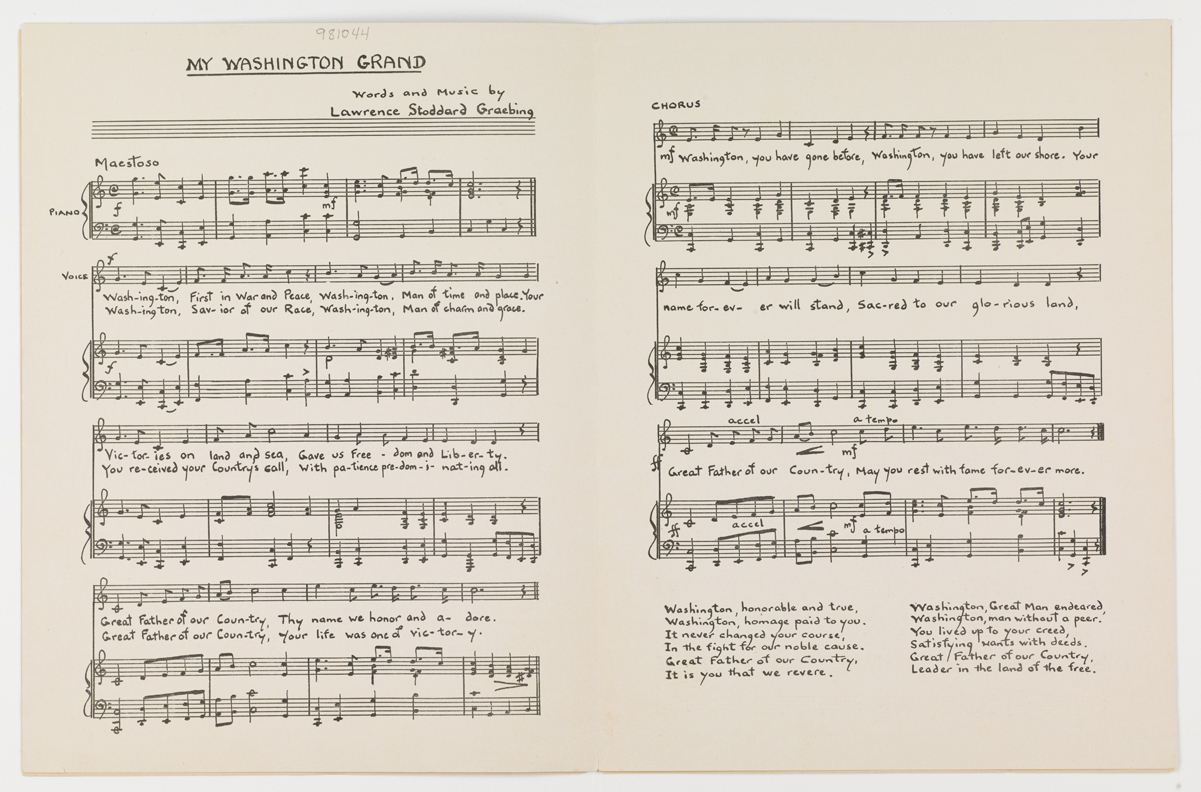 Sheet music from “My Washington Grand,” written in 1930 for the bicentennial.

Related artifacts from the VMHC collections include several pieces of sheet music composed specifically for the birthday bicentennial. That the 1930s inspired such revival of Washingtonian songs is remarkable enough, but listen to some of the language used in these tunes:

“Washington, Savior of our Race/ Man of charm and grace/ Great Father of our Country/ Thy name we honor and adore.” – “My Washington Grand,” 1930

“Onward on! Ye stalwart sons of freedom. Shout out ‘George Washington’ with cheer! Praise the leader of our nation true, praise him year by year. . . . Hail to the father of our glorious land, for he gave us liberty!” – “Washington Forever”

This sheet music truly captured the spirit of the age and the remarkably passionate way Americans in that year chose to remember George Washington. The Washington of these songs resembles less of the human George, the Virginian who became the nation’s first president, and more of Washington the legend—the superhero. Perhaps remembering their revolutionary beginnings in this way gave Americans courage to face the trying days of the Great Depression.

In these lyrics, and most of the language of the 1932 bicentennial, Washington becomes not only the embodiment of all things American but also the figure who continues to guide the nation in spirit. Some of the lyrics even take on a religious tone, portraying Washington as immortal and his memory as sacred:

Americans in the early 1930s loved George Washington, and took his 200th birthday as an opportunity to show it. His memory still looms large in modern American culture; however, it would be rare today to hear someone express the type of love for our first president demonstrated in this bicentennial sheet music.

This article was written by Candice Roland while serving as a library clerk at the Virginia Museum of History and Culture.