In the summer of 1776, George Washington's Continental Army was in a tough spot. The British had landed on Long Island in late August and were advancing on New York City. What Washington needed most was more soldiers. Virginia responded by sending the 3rd Virginia Infantry, the Old Dominion's first contribution of regulars to Washington's army. Captain John Chilton, a thirty-eight-year-old farmer from Fauquier County, was among those who traveled north with the unit. "Great things are expected from the Virginians," he explained to his father-in-law,"and of consequence we must go through great fatigue & danger." 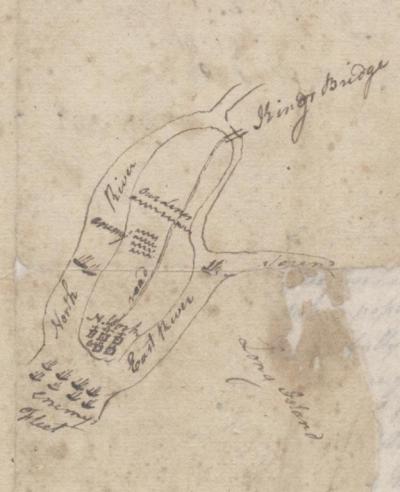 The regiment arrived in New York on September 13 and joined the portion of Washington's army defending Harlem Heights, north of the city. British forces on Long Island were plainly visible to Chilton and his men. "We lie in sight of the enemy's encampments … and can see the belches of fire from their cannon at every discharge." Three days later, on September 16, British and American troops collided in the no-man's-land at the base of the heights and fought a sharp skirmish. The 3rd Virginia took part, advancing under orders from Washington himself. During the brief but spirited fight, Capt. Chilton and his men "made about four fires." The fighting soon ended, and the Americans successfully prevented the British from moving up the hill in what became known as the battle of Harlem Heights. Chilton wrote a letter the next day describing the battle. He summed up the regiment's performance by stating that "our men observed the best order, no quitting their ranks tho' exposed to a constant & warm fire. I can't say enough in their praise, they behaved like soldiers who fought from principle alone." A month of inactivity followed while both armies sought to recover from the recent fighting and decide what to do next. In a quiet moment, John Chilton reflected that "Mankind when engaged in Warfare are as wary & timorous of each other as Deer are of Men." Following the battle of White Plains, N.Y., in late October and British movements in November, Washington's army retreated into New Jersey, and the 3rd Virginia 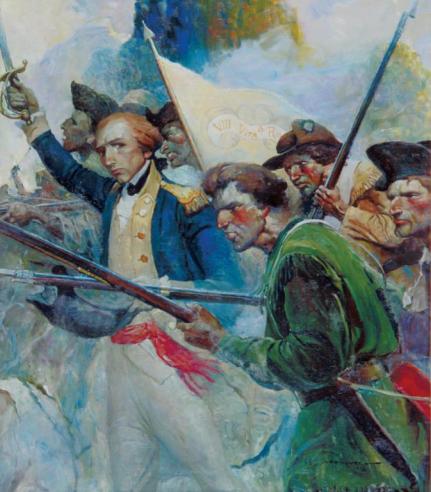 formed part of the army's rear guard. By the end of the month, Chilton's spirits were low as he poured out his frustration over the condition of the Continental Army in a letter to his brother Charles. "You will wonder what is become of the great Army of Americans you have been told we had … I really can't tell."

The 3rd Virginia spent much of the spring and summer of 1777 on picket duty in New Jersey. John Chilton's letters chronicle his efforts to keep his men safe from smallpox and to maintain awareness of any British troop movements. During this time, his thoughts often turned toward home. "One more piece of news I have to tell you," he explained to a friend, "and that is I greatly want to see Virginia and its inhabitants. No country yet like old Virginia." To underscore his point, he complained in the same letter that the "women here [New Jersey] from 16 years old have lost their teeth."

John Chilton's war ended on September 11, 1777, when he was mortally wounded at the battle of Brandywine in Pennsylvania. Propped up against a tree, he died watching his men fight a losing battle against a larger British force. John Chilton's diary and several of his letters are in the manuscript collection of the Virginia Historical Society. They offer a fascinating glimpse of one Virginian's thoughts and experiences during the Revolutionary War.