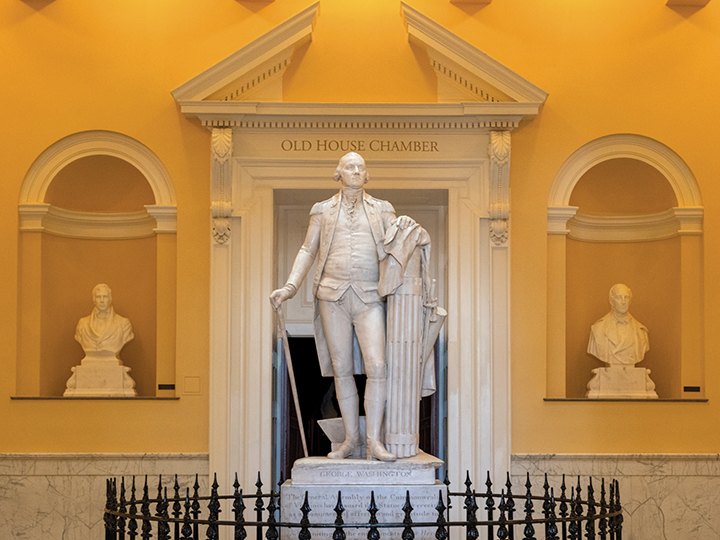 Richmond-based Media General and its predecessors were led and grown by four generations of the Bryan family. In the years since the generous donation of Media General’s papers to the Virginia Historical Society in 2016, our archivists have worked diligently to prepare the collection for public access. Processing a collection that spans more than two centuries of Virginia history presents opportunities for discovery, and recently we were pleasantly surprised to uncover some very special finds in the Media General, Inc. collection. Among these are drafts of two Thomas Jefferson letters written in 1796 to Virginia Governor Robert Brooke and state auditor John Pendleton concerning final payment for Jean-Antoine Houdon’s iconic statue of George Washington, which has adorned the Virginia State Capitol Rotunda since 1796. Though the recipients’ copies of these letters are included in the Papers of Thomas Jefferson at Monticello, the existence of these drafts was previously unknown. Filled with random scribbling and calculations, they are an insightful window into the working mind of one of America’s founding fathers.

Often referred to as the most accurate likeness of Washington, the Virginia General Assembly commissioned Houdon to execute the statue in 1784, following Jefferson’s recommendation. 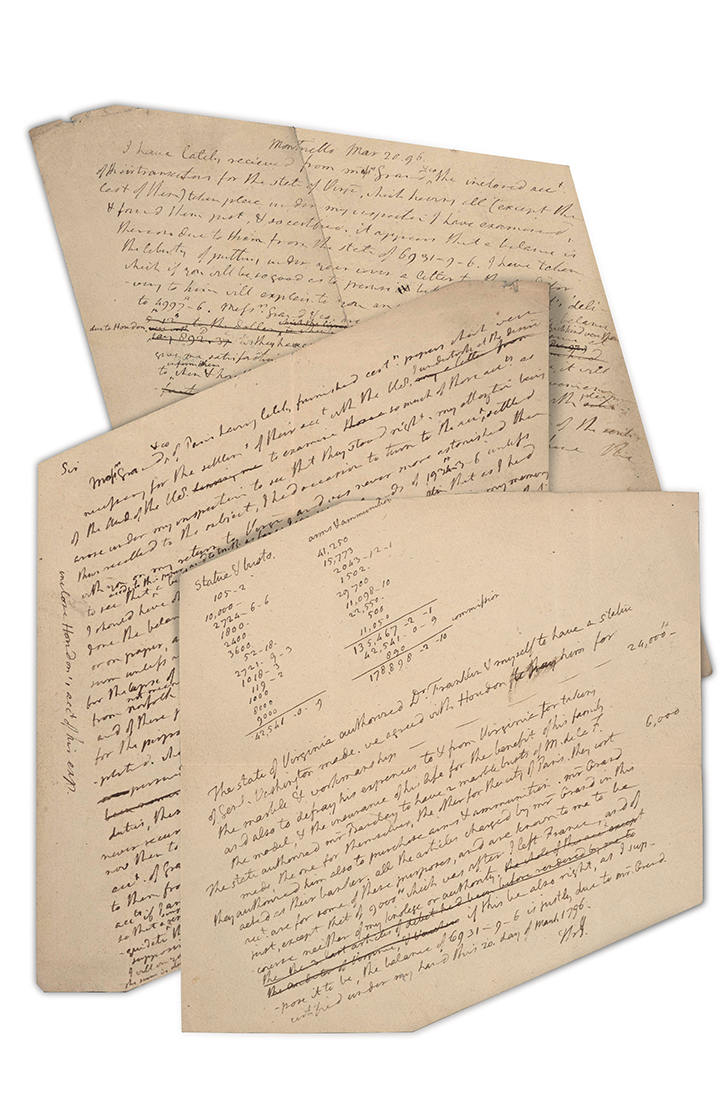 “I inclose you Houdon’s account of his expences to and from America, which were under the eye and approbation of Doctr. Franklin till he left America, the Doctor furnishing him the money and drawing on me for reimbursement.”

Although Houdon completed the Washington statue about 1792, it was not delivered to Richmond until 1796, when construction of the Rotunda of the Virginia State Capitol was finally completed.

The Media General papers are part of our Reynolds Business History Center. The Virginia Museum of History & Culture would not be able to share these treasures with the world were it not for the generosity of its donors and their devotion to Virginia’s history.