Thomas Jefferson and the Virginia Statute for Religious Freedom 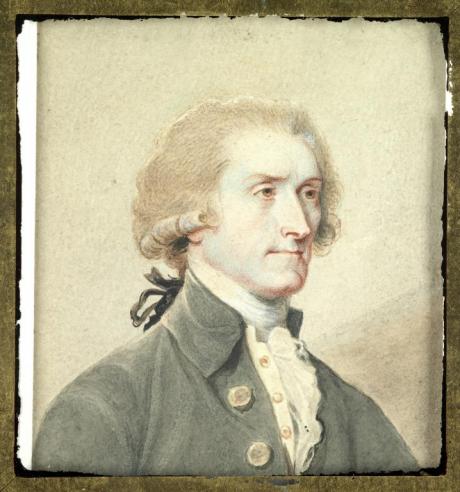 Thomas Jefferson (1743–1826) was prevented by illness from attending the Virginia Convention of 1774 that met to discuss what to do in the aftermath of the Boston Tea Party and the closing of the port of Boston by the British. But Jefferson sent a paper to the convention, later published as A Summary View of the Rights of British America. The force of its arguments and its literary quality led the Convention to elect Jefferson to serve in the Continental Congress.

Jefferson was too anti-British to be made use of until a total break with Great Britain had become inevitable. Then he was entrusted with drafting the Declaration of Independence. This assignment, and what he made of it, ensured Jefferson's place as an apostle of liberty. In the Declaration, and in his other writings, Jefferson was perhaps the best spokesman we have had for the American ideals of liberty, equality, faith in education, and in the wisdom of the common man. But what Jefferson wanted to be remembered for, besides writing the Declaration of Independence, was writing the Virginia Statute for Religious Freedom and founding the University of Virginia.

The Virginia Statute for Religious Freedom is a statement about both freedom of conscience and the principle of separation of church and state. Written by Thomas Jefferson and passed by the Virginia General Assembly on January 16, 1786, it is the forerunner of the first amendment protections for religious freedom. Divided into three paragraphs, the statute is rooted in Jefferson's philosophy. It could be passed in Virginia because Dissenting sects there (particularly Baptists, Presbyterians, and Methodists) had petitioned strongly during the preceding decade for religious liberty, including the separation of church and state.

Jefferson had argued in the Declaration of Independence that "the laws of Nature and of Nature's God entitle [man]…." The first paragraph of the religious statute proclaims one of those entitlements, freedom of thought. To Jefferson, "Nature's God," who is undeniably visible in the workings of the universe, gives man the freedom to choose his religious beliefs. This is the divinity whom deists of the time accepted—a God who created the world and is the final judge of man, but who does not intervene in the affairs of man. This God who gives man the freedom to believe or not to believe is also the God of the Christian sects.

I. Whereas Almighty God hath created the mind free; that all attempts to influence it by temporal punishment or burthens, or by civil incapacitations, tend only to beget habits of hypocrisy and meanness, and are a departure from the plan of the Holy author of our religion, who being Lord both of body and mind, yet chose not to propagate it by coercions on either, as was his Almighty power to do . . .

The second paragraph is the act itself, which states that no person can be compelled to attend any church or support it with his taxes. It says that an individual is free to worship as he pleases with no discrimination.

II. Be it enacted by the General Assembly, that no man shall be compelled to frequent or support any religious worship, place, or ministry whatsoever, nor shall be enforced, restrained, molested, or burthened in his body or goods, nor shall otherwise suffer on account of his religious opinions or belief; but that all men shall be free to profess, and by argument to maintain, their opinion in matters of religion, and that the same shall in no wise diminish, enlarge, or affect their civil capacities.

The third paragraph reflects Jefferson's belief in the people's right, through their elected assemblies, to change any law. Here, Jefferson states that this statute is not irrevocable because no law is (not even the Constitution). Future assemblies that choose to repeal or circumscribe the act do so at their own peril, because this is "an infringement of natural right." Thus, Jefferson articulates his philosophy of both natural right and the sovereignty of the people.

III. And though we well know that this assembly elected by the people for the ordinary purposes of legislation only, have no power to restrain the act of succeeding assemblies, constituted with powers equal to our own, and that therefore to declare this act to be irrevocable would be of no effect in law; yet we are free to declare, and do declare, that the rights hereby asserted are of the natural rights of mankind, and that if any act shall be hereafter passed to repeal the present, or to narrow its operation, such as would be an infringement of natural right.