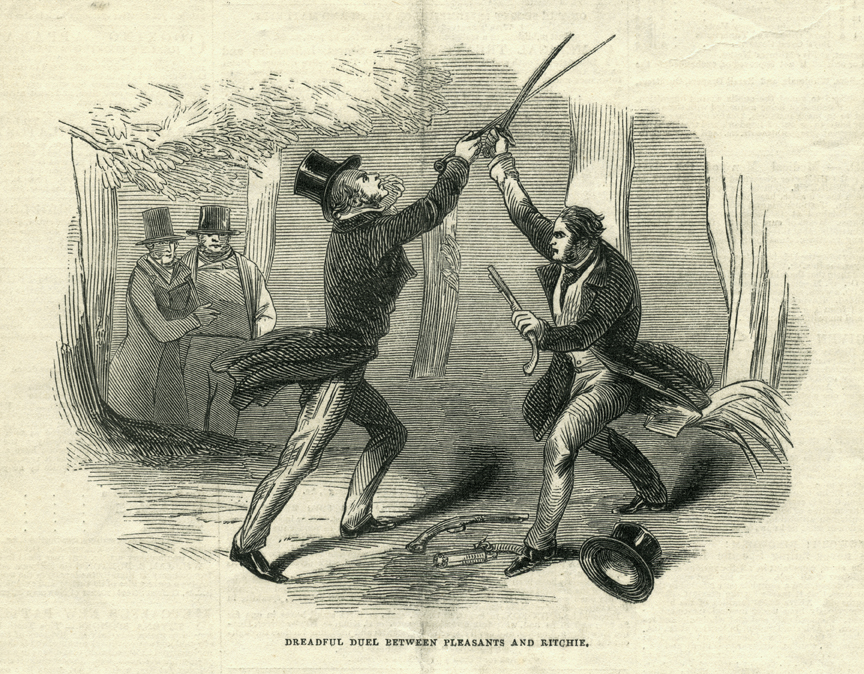 In the United States and elsewhere, traditional and patriarchal conceptions of honor prescribed that men could respond to perceived slights by challenging the offender to a duel. Many Virginians earnestly engaged in such affairs, believing that their participation would mark them as “honorable” men. People in the vicinity took note of the outcomes of these rituals. A public contesting of honor in this format offered high stakes for one’s standing in his community. As Bertram Wyatt-Brown observed, in his book Southern Honor: Ethics and Behavior in the Old South,

“The duel, no less than hospitality and gaming, was inseparable from community evaluation of the individual, although dueling . . . was alleged to be a defense of personal honor.”

A number of these events evolved from insults lodged in print, frequently in the midst of political debates. The historian John Hope Franklin once observed that “no class of Southerner, perhaps, went to the field of honor more frequently than newspaper editors.” Meriwether Jones provided proof of Franklin’s assertion. An editor of the Richmond Examiner, and famous for his temper, Jones engaged in a number of duels—until, finally, an adversary killed him, in 1806. 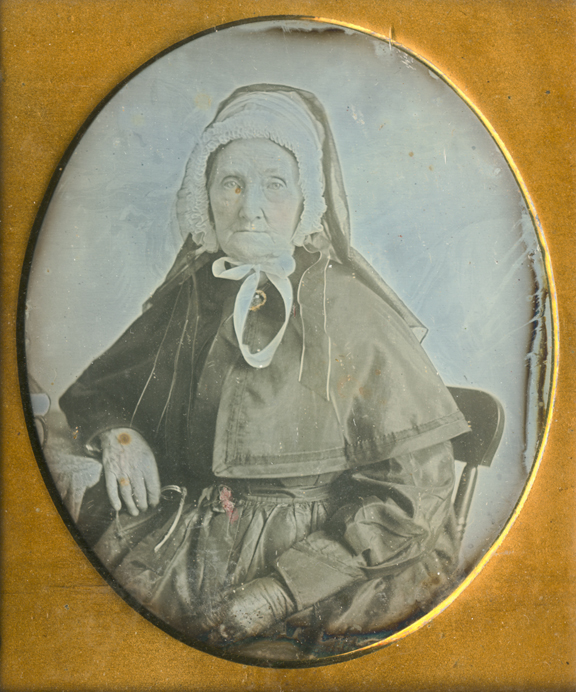 One of the more famous duels in Virginia involved two other Richmond newspaper editors, Thomas Ritchie, Jr. (ca. 1820-1854), and John Hampden Pleasants (1797-1846). Ritchie, who worked for the Enquirer, engaged in a bitter debate with John Hampden Pleasants of the Richmond Whig. Although Pleasants opposed dueling in principle, after Ritchie called him a “coward”—in print—Pleasants felt compelled to respond by challenging Ritchie to a duel. The two met on the south side of the James River in 1846. Pleasants shot into the air, intentionally avoiding Ritchie, but Ritchie took no such mercy and mortally wounded Pleasants. According to the historian Virginius Dabney, in his last moments Pleasants asked that Ritchie not be prosecuted and said “What a damned immolation, to be such slaves to public opinion!” Indeed.

The daguerreotype seen here at left features another victim of a duel—Martha Anne Fletcher Hardaway Shore. Probably born about 1798, Martha Shore did not participate in a duel, but lost her husband to such a confrontation. The inscription enclosed with the daguerreotype, found in our Museum Collections, claims the following: “Martha Fletcher, daughter of James Fletcher of ‘Somerset,’ widow of Dr. Hardaway (killed by Mr. Bacon in a duel). Second marriage to Dr. Robert Shore.” 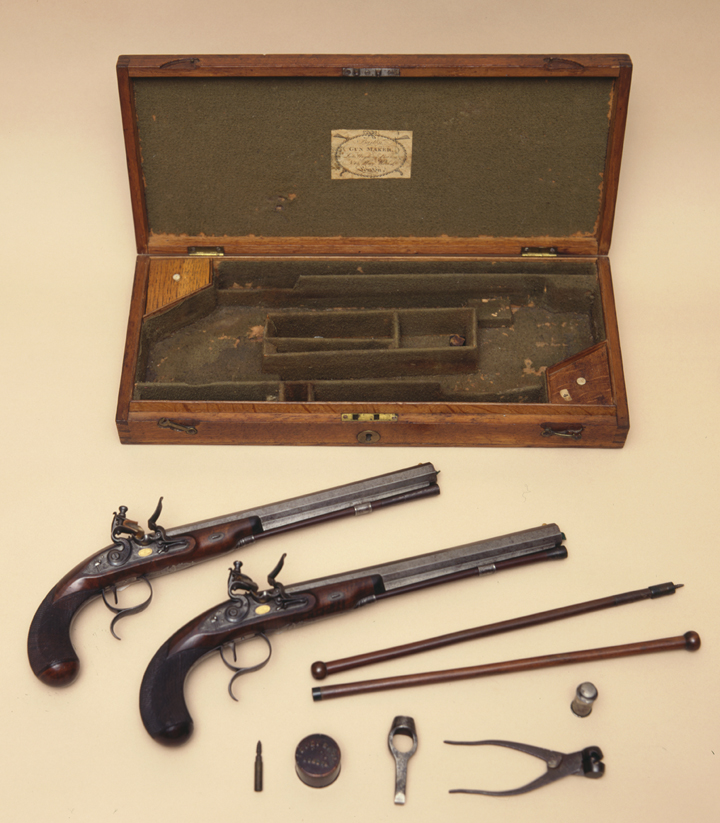 Matched pair of dueling pistols, originally owned by John Randolph (1773-1833). Purchased in London and given to Randolph by Joseph Bryan (1773-1812), this set of pistols was manufactured by Wogdon and Barton. According to a brief article in the Virginia Historical Society Occasional Bulletin (Number 5 [October 1962], p. 8-11), Randolph carried these pistols to his duel with Henry Clay, but other weapons were used. (VMHC 1961.35.A-K)

Today, we often complain about the dysfunctional process of our political leaders in Washington. But perhaps inertia (if, alas, accompanied by much hyperbole) is preferable to deciding matters in a duel, as was the case when John Randolph (1773-1833) confronted Henry Clay (1777-1852). Randolph, a congressman from Virginia, was widely considered an eccentric. Though he possessed a quick mind, sharp wit, and formidable political skills, one of his biographers has also noted his rather odd qualities: “As a young man Randolph suffered a mysterious malady that left him beardless, treble-voiced, and attenuated. He never married; rumor gathered around his apparent lack of masculinity.” Eccentricities aside, Randolph also was well-known for his volcanic temper. In a speech given in the House of Representatives, in 1826, Randolph castigated the administration of President John Quincy Adams—singling out then-Secretary of State Henry Clay, of Kentucky, for an especially harsh attack. Clay took umbrage. Within a few days, Clay claimed in a letter to the Virginian that he had “no other alternative than that of demanding personal satisfaction.” Randolph accepted the challenge.

The match was set for April 8,1826. Randolph insisted that it should take place in Virginia because, reportedly, should he lose he wanted to die on Virginia soil. However, the duel proved anticlimactic. In the interim between Clay’s challenge and the date of the clash, Randolph had confided to friends that he did not intend to kill his opponent. Clay, for his part, apparently shared Randolph’s reluctance to follow through. At the fateful meeting, Clay fired the first shot but missed Randolph by a distance that convinced observers he had not intended to hit his purported target. Randolph returned fire—his only shot of the day—and though he was known to be a marksman, he missed Clay entirely. Clay’s second shot penetrated Randolph’s cloak, but did not graze him. At that point, rather than aim at Clay, Randolph shot into the air, and then moved toward Clay with his hand extended. According to witnesses, Randolph said “Mr. Clay, you owe me a coat.” Clay responded that “I am glad the debt is no greater,” and with that, the two leaders then walked from the field together.

This article was written by John McClure while serving as the Reference Department Manager at the Virginia Museum of History & Culture.