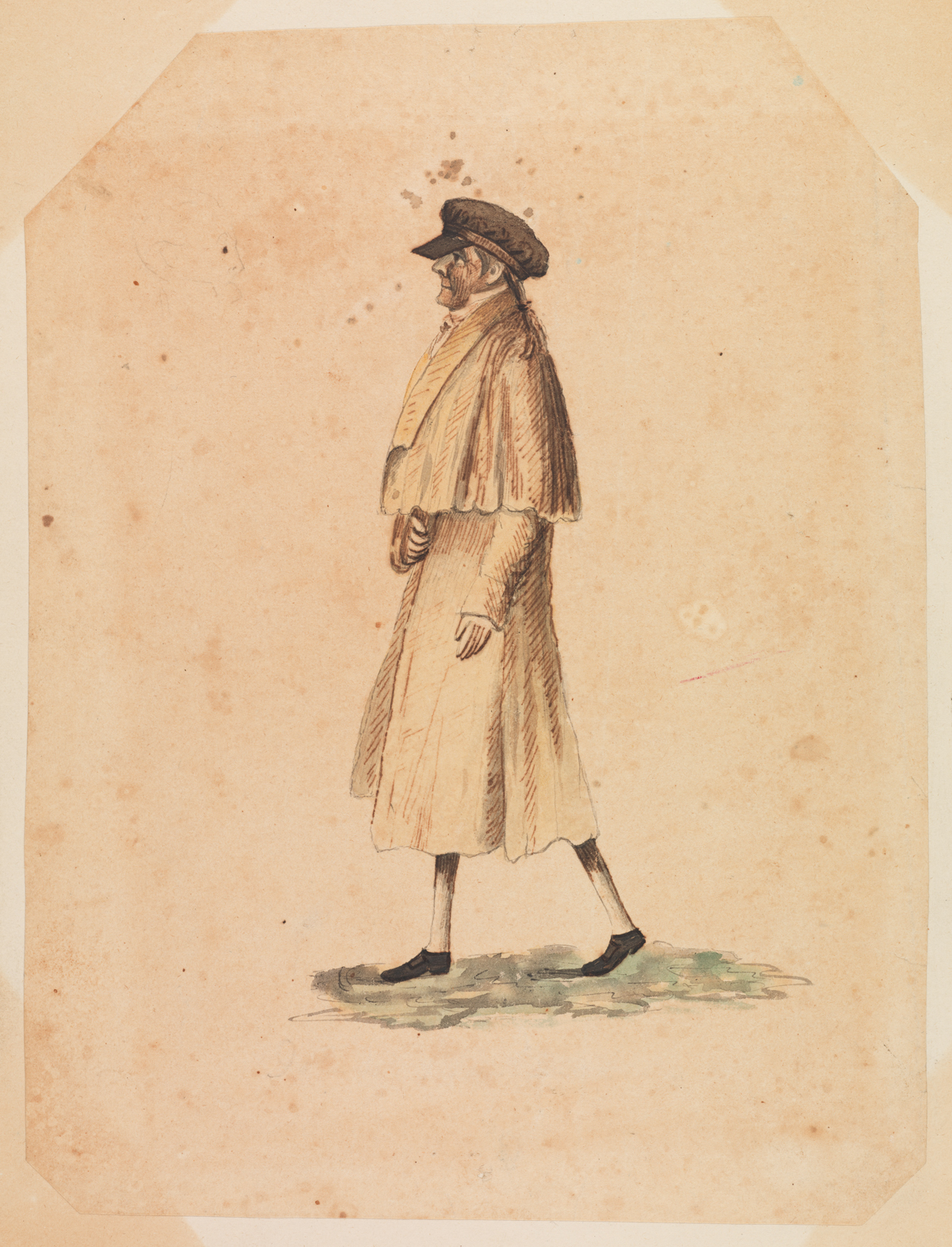 The death of former Treasury Secretary Alexander Hamilton — resulting from his famous 1804 duel with Vice President Aaron Burr — did not end the vitriolic political discourse common in that era. But it did fuel an anti-dueling movement, and in 1810, killing an opponent in a duel became a capital crime in Virginia.

In the late afternoon of April 8, 1826, seven men — an Army general, five members of Congress and the U.S. Secretary of State — intended to break the law.

Crossing the Potomac River from Washington into Virginia, Sen. John Randolph of "Roanoke" — the name of his Charlotte County plantation — carried an oak case that held a matched set of .50-caliber pistols. (Coincidentally, they were made by the same London company that produced the pistols used 22 years earlier by Hamilton and Burr.)

Randolph, who served in Congress (mainly the House) for more than 25 years, was a quick-thinking orator with a remarkable wit and an uncontrolled temper. The eccentric, profane, hard-drinking, opium-addicted Virginian was a staunch states’ rights advocate who consistently fought to restrict the power of the federal government. 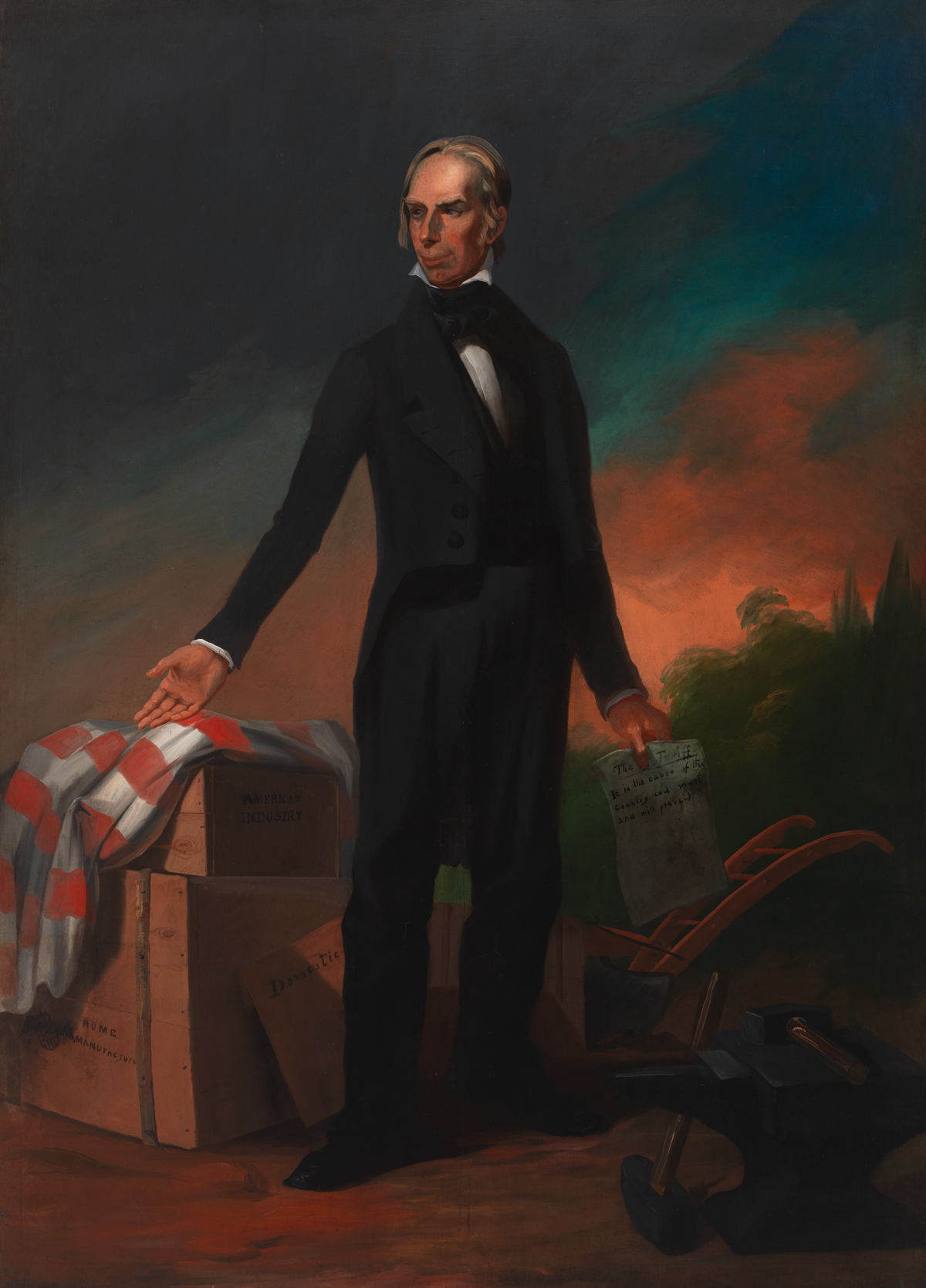 Painting of Henry Clay by David Hunter Strother from the mid-19th Century. (VMHC1993.68)

He relentlessly browbeat his political opponents, and in 1826, his rage was directed at President John Quincy Adams and Secretary of State Henry Clay.

Clay was the political antithesis of Randolph. A proponent of the “American System,” he endorsed an active government that would unite the nation through the building of a system of roads and canals, paid for by increased tariffs and supported by a national bank.

Randolph incessantly ridiculed Clay’s alliance with Adams. In a speech on the Senate floor, he referred to them as "the combination, unheard of till then, of the puritan [Adams] with the blackleg [Clay].”

Clay bristled at the accusation, which suggested he was a cheat. He challenged Randolph to a duel, which the Virginian readily accepted. (Randolph did confide to a friend that when they met, he would not fire at Clay, as he was reluctant to make his wife a widow, or his children orphans.)

Although illegal in Virginia, Randolph insisted that the contest occur on the soil of his native state. The cased pistols that Randolph carried to the field across the Potomac were not selected for the duel, but another set — with hair triggers — were loaded instead by each man's representative (known as a "second").

Despite Randolph’s earlier reluctance, when the word was given, each man fired. Both shots were close but missed the mark.

Apparently unsatisfied, they continued. Clay’s next shot put a hole through Randolph’s coat, but Randolph threw away his shot by firing into the air. When Clay saw Randolph’s intent, he halted the duel.

“I trust in God, my dear sir, you are untouched,” Clay said.

Randolph simply replied: “You owe me a coat, Mr. Clay.”

The two men shook hands and parted, and on the following Monday, courteous relations between them resumed.

They had survived the bizarre duel, but tuberculosis ultimately claimed them both. Clay, who was born in Hanover County, died in 1852 and is buried in Kentucky, the state he had long represented in Congress. Randolph died in 1833 and is buried in Richmond's Hollywood Cemetery.

Photograph of the Dueling Pistol.

The original version of this article was published in the Richmond Times-Dispatch’s Discover Magazine as “Artifact spotlight: John Randolph dueling pistols” on August 11, 2019. View original article.

The death of former Treasury Secretary Alexander Hamilton — resulting from his famous 1804 duel with...
More
Article

In the United States and elsewhere, traditional and patriarchal conceptions of honor prescribed that...
More
Article

From providing protection from enemy combatants to finding dinner for a family, weapons have played...
More