Governor William Berkeley set out to imitate the society of inequality of wealth and education that he knew in England. By the late 1660s he had succeeded in creating a small governing elite. Berkeley recruited from England both younger sons with no inheritance and supporters of the king who were fleeing a civil war. He promoted them to lucrative offices and granted them large estates. They established an upper class made up of powerful families that became dynasties. They utilized slave labor to cultivate tobacco. Until after the American Revolution, they in effect ruled Virginia. The middle and lower class families—the vast majority of the population—have been forgotten.

Governor William Berkeley distributed vast tracts of land to a circle of elite planters who faced economic problems when taxes soared and their sale of tobacco was restricted to English ports. Indian attacks prompted one planter, Nathaniel Bacon, to lead landless, impoverished whites––who called themselves “commoners”––in a revolt. They tossed grenades at Jamestown and burned it to the ground before Bacon died and the rebellion ended.

“The Worst Country in the World”

In 1697, Virginia was labeled the “best” and “worst”––it was a potential Garden of Eden but its “natural advantages” were undeveloped. It had become a place to deposit “desperate Rogues” and other dregs of English society. And the colony was disparaged because tobacco cultivation had brought settlement along rivers without the towns found in civilized England and Europe. The image of Virginia needed reinvention.

After 1700, Virginians began to define themselves differently and to accept their rural settlement. They were no longer embarrassed by the absence of an urban society and diverse economy. The dream of an idyllic pastoral world was currently a goal in contemporary Britain. Virginia planters came to believe that their colony should be appreciated rather than criticized for its rurality. Slavery, however, discredited all arguments that pastoral virtue had been attained. The irony is that although slavery blocked the path to rural virtue, it freed Virginia’s leaders from farming and positioned them to read and theorize––in the manner of the ancients and their European disciples––about matters of state. 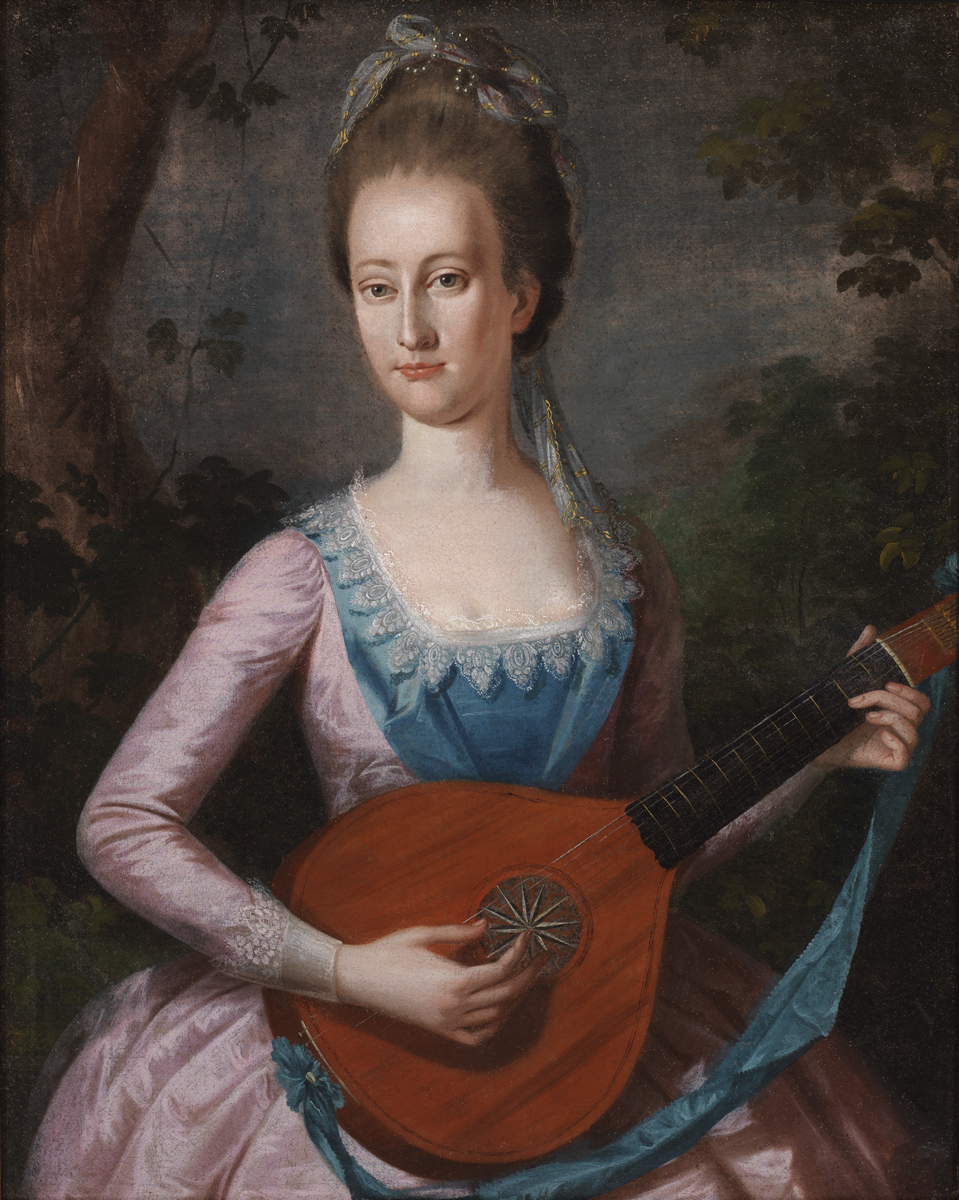 Portrait of Lucy Randolph Burwell, a fourth-generation member of the Randolph family in central Virginia, one of the well-known wealthy and powerful “First Families of Virginia,” 1773. (VMHC 1951.35)
Image 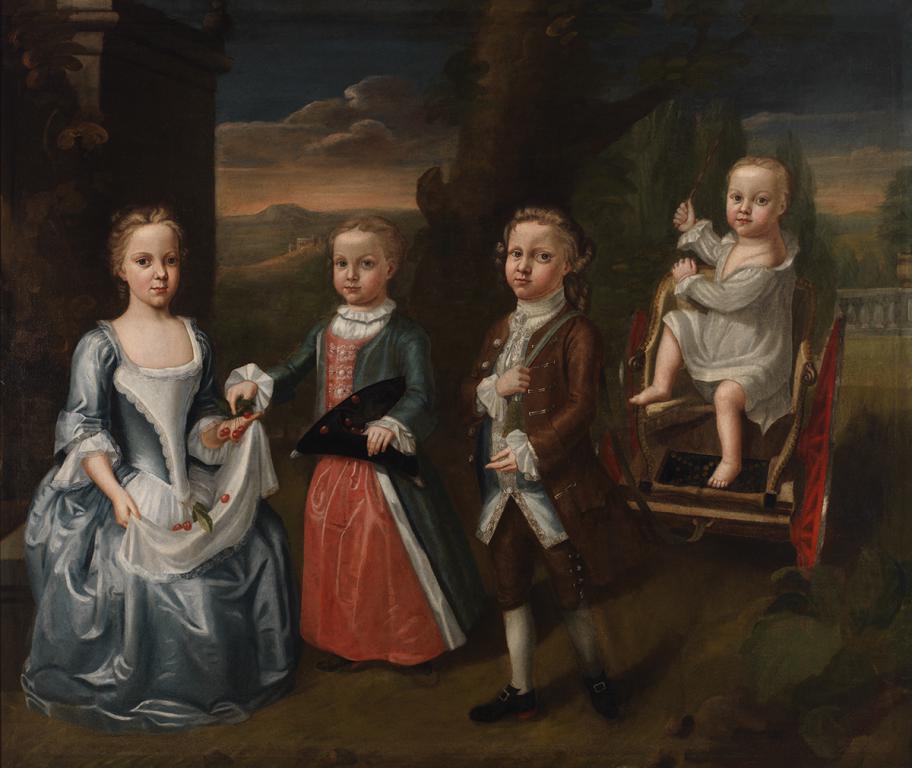 Portrait of the Children of Philip and Mary Grymes of Middlesex County, about 1749–1750. The clothing and toy wagon are evidence that even children in Virginia could “dress after the same modes, and behave themselves exactly as [their counterparts] in London,” as one English visitor wrote in 1724. (VMHC 1893.3)
Image 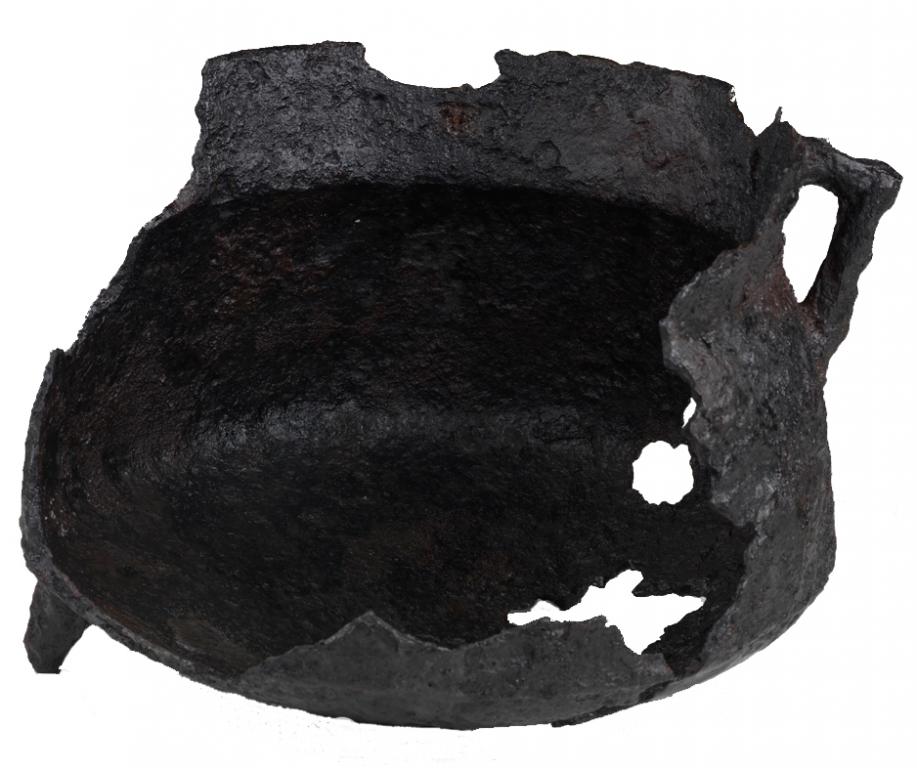 Kettle found at Jenkins Neck, Gloucester County, late 17th century. The enslaved, poor farmers, and craftsmen left no portraits, furniture, or silver behind for historians to study. However, manuscripts kept by wealthy landowners listing the names of their tenants and archaeological excavation at home sites, trash pits, and outhouses reveal a great deal about the lives of “forgotten” families. (Courtesy of the Department of Historic Resources)