In the spring of 1861, as the still youthful nation moved ever closer to what would become the Civil War, both Robert E. Lee and Ulysses S. Grant were faced with life-altering decisions. Both men were governed by personal codes of honor and a steadfast allegiance to what each viewed as his homeland. In the end, their choices would be representative of those made by many of their countrymen. For Lee, his successful career in the United States Army and his allegiance to the United States government could be trumped by only one set of relationships, those to his family and his home state of Virginia. For Grant, one had to choose between being a traitor or a patriot. 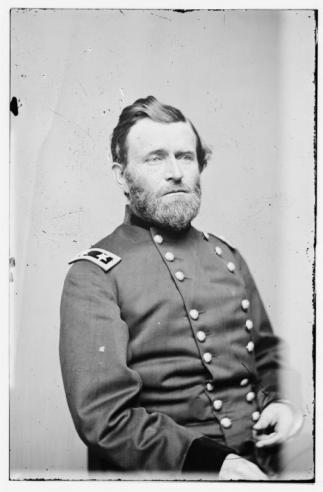 Grant was awarded command of a regiment of Illinois volunteers in June 1861. Like President Lincoln, he had no interest at that point in ending slavery, only in preserving the United States. Grant commented to Julia about what was at stake, both for the nation and for him personally: "the safety of the country, to some extent, and my reputation and that of our children greatly depends upon my acts."

In early 1862, his troops captured Forts Henry and Donelson in northern Tennessee. His demand for "unconditional surrender" at Fort Donelson, with which his initials would from this point be associated, was accepted by Confederate general Simon Bolivar Buckner, Grant's close friend at West Point. This was the first major U.S. victory of the war; it brought about the capture of an entire Confederate army of  nearly 15,000 soldiers. Grant pushed forward. Six weeks later at Shiloh, in the bloodiest battle ever fought on the North American continent to that point, his skill and determination snatched victory from what seemed like inevitable defeat.

In 1863, Grant turned toward Vicksburg, Mississippi, a town vital to both the geographical unity of the Confederacy and the control of the Mississippi River. When this fortress fell on July 4th, Grant had captured his second Confederate army, this time a force of 30,000. He was promoted to major general, Congress awarded a victory medal, and the president stated, "Grant is my man, and I am his the rest of the war." Lincoln then sent him to Chattanooga, Tennessee, where Grant again turned impending defeat into victory. The president promoted him to lieutenant general and gave him the command of all United States forces as general-in-chief. Grant would soon be compelled to move to the eastern theater to confront Lee. 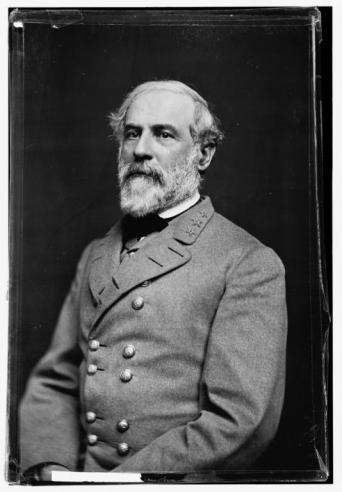 A year would pass before the principal Confederate command was awarded to the general whom President Lincoln and his advisers had ranked the best soldier in the nation. Confederate president Jefferson Davis first wanted Lee nearby to advise him. He then sent Lee in a futile effort to save northwestern Virginia (now West Virginia) from falling into Union hands in the summer of 1861. That fall, Lee was sent to South Carolina to bolster defenses on the Atlantic seaboard. During the Peninsula Campaign in Virginia in the spring of 1862, Lee once again served as military adviser to President Davis. It would not be until June 1862, when he was appointed to succeed the wounded Gen. Joseph Johnston, that Lee would command an army for the first time.

Within three weeks, Lee assumed the offensive. His newly named Army of Northern Virginia pushed Union general George B. McClellan’s Army of the Potomac back from the outskirts of Richmond in a series of clashes called the Seven Days Battles. Then, by moving the theater of action to Manassas Junction in northern Virginia, Lee turned the table on McClellan by threatening Washington, D.C. In early September, he continued his offensive into Maryland, where he could feed his army off the land, free Virginia from the presence of enemy forces, attempt to influence the peace movement in the North, and perhaps win a decisive battle that might achieve foreign recognition and end the conflict. He did not find the victory that he sought at Antietam. Three months later, on December 13, Lee’s army halted the advance of Maj. Gen. Ambrose Burnside, McClellan’s replacement, at Fredericksburg.

In the spring of 1863 Lee wrote to his wife, "If we can baffle [our enemies] in their various designs this year . . . next fall there will be a great change in public opinion at the North." After his great victory at Chancellorsville in early May, which cost the Confederacy the life of Gen. Thomas J. "Stonewall" Jackson, Lee proceeded into Pennsylvania with some of the same objectives that had carried him to Maryland the year before. When he failed to achieve victory at Gettysburg, he retreated with his army to Virginia.

In the spring of 1864, Grant arrived in Virginia to test himself against the man who would become his greatest antagonist. Having defeated many U.S. generals, Lee was once again looking for a single victory that might end all hostilities. Grant, however, was unlike anyone Lee had met before. His goal was not Richmond. Grant was determined to destroy Lee's Army, whatever the cost in lives and materials. He made clear his plan to Maj. Gen. George Meade, "Lee's Army will be your objective point. Wherever Lee goes there you will go also." Grant stayed in the field, at Meade's side, to make sure that his overall strategy was carried out. Lee recognized that he was outmanned, but he prepared to give his army its best chance to succeed. From the Wilderness, to Spotsylvania, to Cold Harbor, Lee's army consistently held its own against the massive fighting machine. It was not until Grant’s army managed to cross the James River east of Richmond and begin the siege of Petersburg in mid-June that Lee realized that time was against him. Still, the siege of Petersburg would continue into the spring of 1865.

Early in 1865, anticipating the collapse of the Confederacy, Abraham Lincoln preached in his inaugural address a doctrine of "malice towards none [and] charity for all" as the means "to bind up the nation's wounds." The beginning of the end came for the southern army on April 2 when Grant’s forces broke Lee’s lines southwest of Petersburg and compelled the Confederates to retreat toward Lynchburg. On April 9, Lee surrendered his army to Grant at the small village of Appomattox Court House. General Grant’s generous terms of surrender fulfilled Lincoln’s sentiments. For his part, Lee restrained his soldiers from initiating guerrilla warfare. The two generals, who had so opposed disunion and war, contributed significantly to the process of healing.

Watch a Banner Lecture (2021) "A Fire in the Wilderness: The First Battle Between Ulysses S. Grant and Robert E. Lee" by John Reeves. 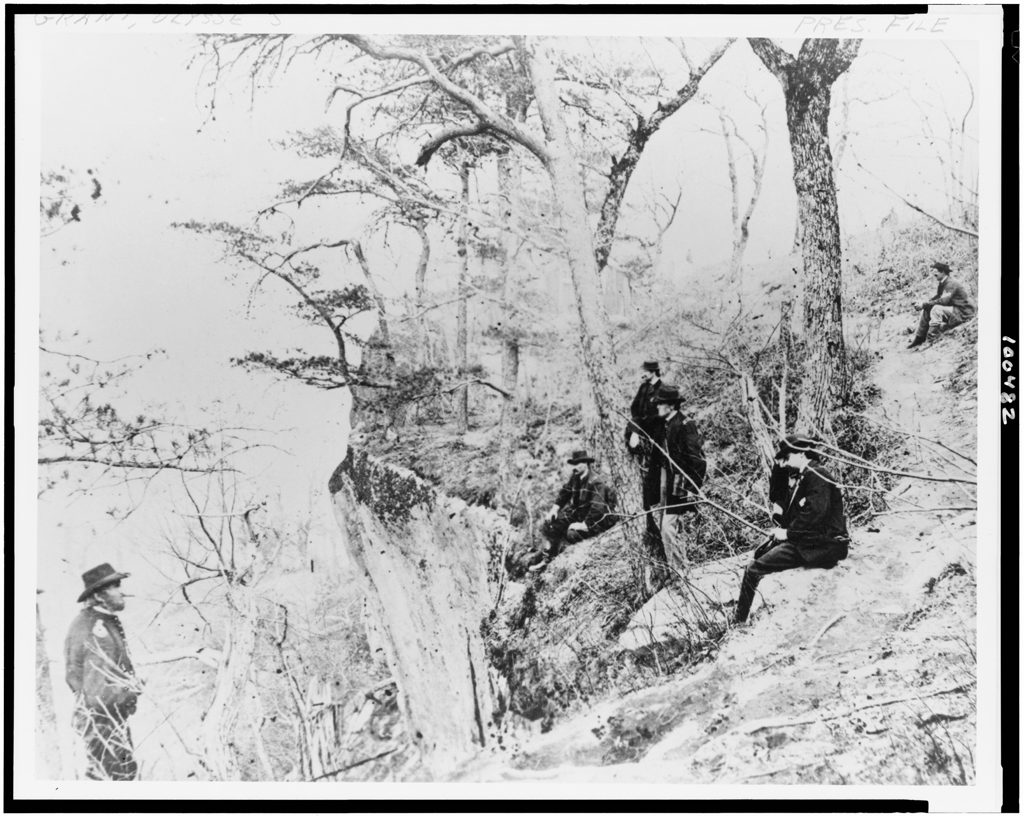 Mathew Brady, Grant and His Staff at Lookout Mountain, 1863
Union forces defeated at Chickamauga Creek were besieged in Chattanooga, pinned down by Confederate forces perched on the high ground pictured here. Grant was summoned to avert an impending disaster and restore a demoralized army. After sizing up the situation, he directed George Thomas to attack the center of Braxton Bragg's defensive line. By taking advantage of mistakes made by his foes, Grant orchestrated what became a rout. He had forged yet another major turning point in the war. (Library of Congress)
Image 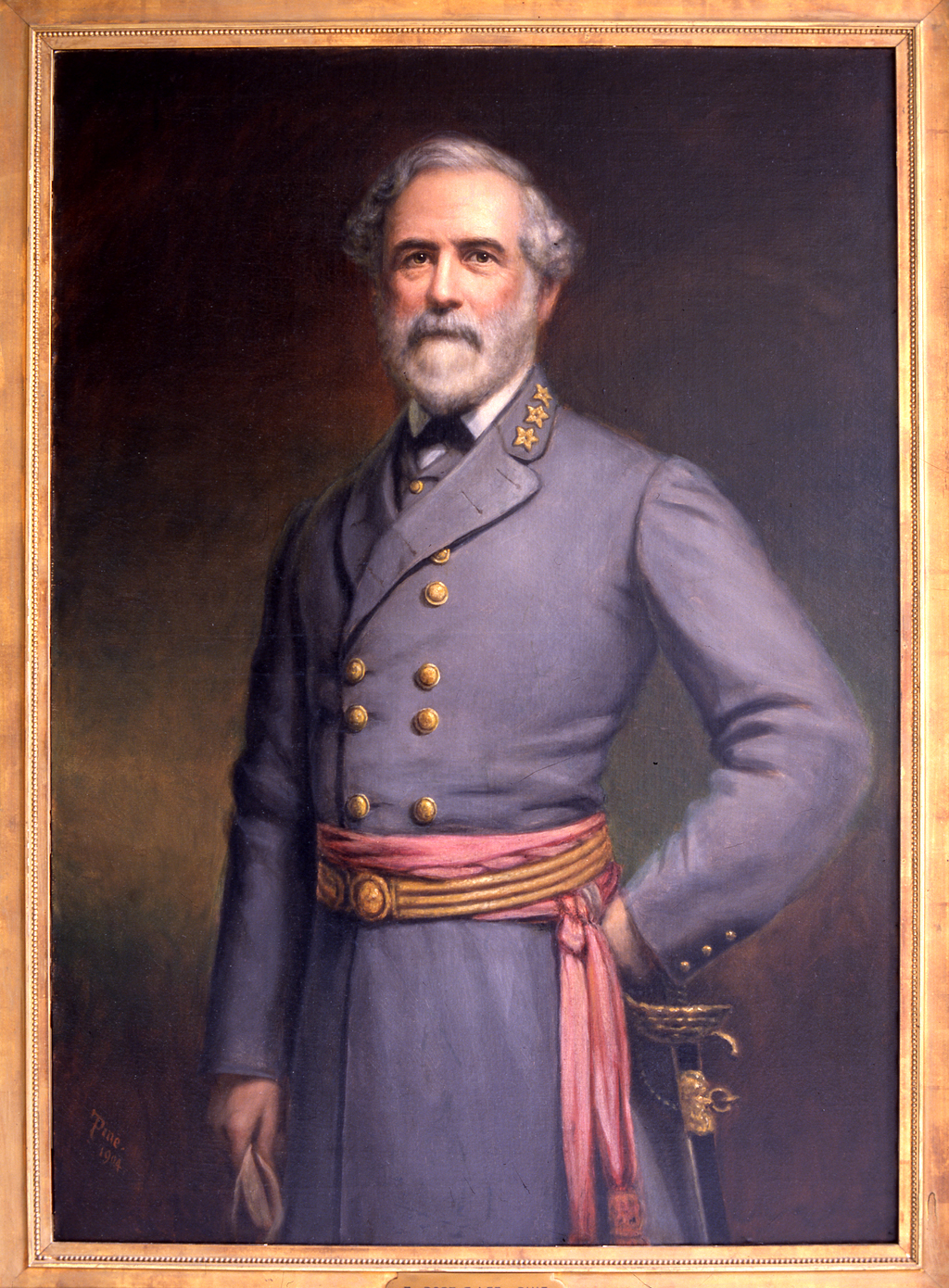 Robert E. Lee, 1904, by Theodore Pine
Robert E. Lee commanded the highly successful Confederate Army of Northern Virginia for nearly three years. His skills as a strategist and his audacity led to his reputation as one of America's greatest military commanders. This portrait by Theodore Pine has been one of the most widely reproduced. (Washington and Lee University)
Image 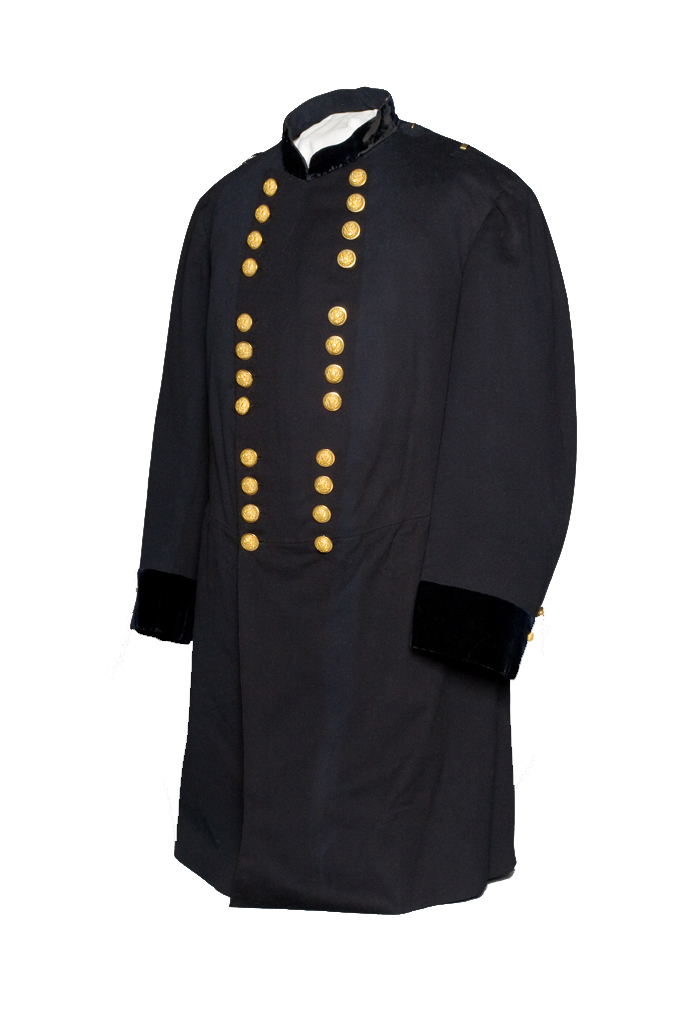 Uniform of Ulysses S. Grant, 1865
Following his promotion at Chattanooga, Grant routinely wore "the uniform of a private with the straps of a lieutenant-general." In his dress, as in his dealings with subordinates, Grant was unpretentious." (The Tharpe Collection of American Military History)
Image

Uniform of Robert E. Lee
Grant wrote that at the surrender, Lee "was dressed in a full uniform which was entirely new, and was wearing a sword of considerable value. . . . In my rough traveling suit, . . . I must have contrasted very strangely with a man so handsomely dressed, six feet high and of faultless form. But this was not a matter that I thought of until afterwards." (Museum of the Confederacy)
Image 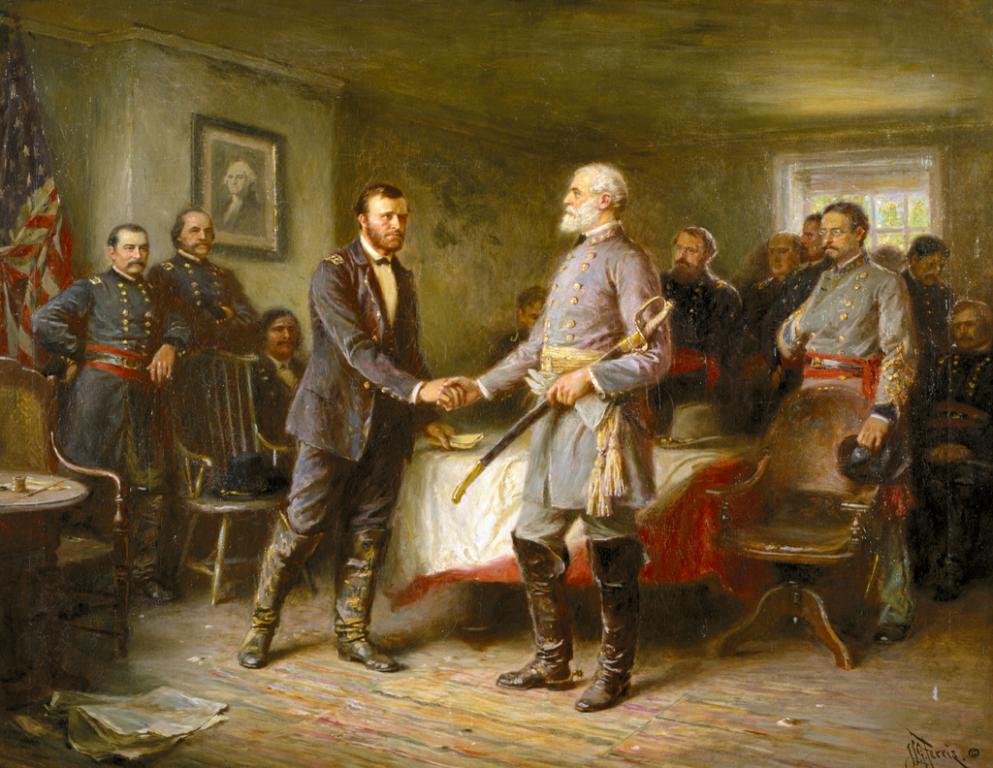