By the end of the Civil War, most Americans considered either Robert E. Lee or Ulysses S. Grant to be a hero. The reputations of these two generals, however, would wax and wane over the next 150 years. The time has come for a reassessment of these two men, on whom fell the greatest responsibility for the survival or disintegration of the United States.

This exhibition, on display in 2008, is far more than a study of Lee and Grant, however. These generals have come to symbolize the two nations that fought the Civil War. Each was a product of his region and his rearing. When we investigate the values that they championed and the decisions that they made, which literally changed the course of America's history, we better understand how war came about. And when we examine their efforts to forge a reunited nation in the years after the Civil War, we also discover the sectional legacies that many contemporary Americans have inherited from southern gentry and from Yankee self-made men. 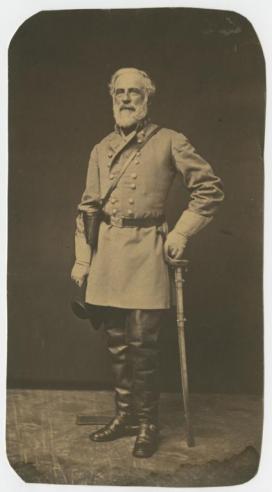 Throughout his life, Robert E. Lee aspired to remarkably high standards of duty, honor, self-denial, and self-control; his personal qualities were thought by many of his contemporaries to be a worthy example. Lee was particularly revered in the South. Writers defending the "Lost Cause" of the Confederacy described him as a military genius who represented what was best about the Old South. By the end of the 1800s, Lee was widely accepted as an American hero. Former United States officer Charles Francis Adams could eulogize his onetime opponent as "one of our sacred men" whom we "wish to resemble." Sculptors and painters depicted Lee as a noble figure, and Douglass Southall Freeman wrote a Pulitzer Prize-winning biography about the general. Winston Churchill ranked Lee as "one of the noblest Americans who ever lived."

What was worst about the Old South, however—the institution of slavery—would undermine Lee's standing in American memory. Lee has become a lightning rod for attacks against both the society of the antebellum South and the oppressive circumstances faced by many black Americans in the years since the end of the Civil War. Today, many Americans question how any man can be considered great if he joined a cause that attempted to break apart the nation and perpetuate slavery. 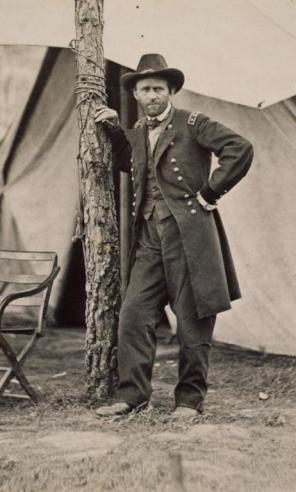 Ulysses S. Grant's place in American memory would seem to be secure. From humble beginnings, he rose to save the United States. He was a talented and highly determined individual who had become first in the hearts of his countrymen, many of whom were quick to see the parallel between Grant’s achievements and those of George Washington. As president, Grant advanced the rights of black Americans and American Indians, and in international affairs he steered the nation from the brink of wars with two European powers, Spain and England. Grant fought bravely against his last terrifying foe, throat cancer, and when he died more than a million people watched his funeral procession pass through the streets of Manhattan. Painters, sculptors, and biographers celebrated his accomplishments. Though we now think of Abraham Lincoln as the greatest American of his moment, many of their contemporaries would have seen Grant as his equal.

However, as Lee's national stature rose, Grant's declined. The slaughter on the western front during World War I restored memories of Grant's huge losses in Virginia in 1864. Lapses in judgment by appointees of President Warren Harding in the 1920s recalled the political scandals of the Grant administrations. By the late 1900s, Grant's importance had dimmed to the point where his magnificent tomb was largely neglected. Until recently, Grant was often viewed as a man of little spirit and less imagination, remembered more for the accusations of alcoholism than for his heroism.

Listen to a  Banner Lecture (2007) delivered by exhibition curator, William M. S. Rasmussen, in conjunction with the Lee and Grant exhibition.