Home to the Confederate capital, Virginia became a battleground. More battles were fought here than in any other state. The Virginia landscape was soon scarred by fortifications, decimated forests, ruined homes and farms, and vast graveyards. More enduring was widespread poverty and the emotional scars of defeat, occupation, and subjugation felt by whites and the horrors of slavery remembered by blacks.

The Art of War

One of the Civil War's greatest tragedies was that the battlefield tactics used during the conflict were not compatible with recent technological advances. No development had as much influence on Civil War combat as the extensive use of incredibly accurate long-range rifles. These inflicted horrific casualties on the massed infantry formations that were necessary in order to make their single-shot, muzzle-loading weapons effective.

Organizing infantrymen into “regiments” of 1,000 men each remained the main organizing principle for Civil War armies and allowed troops to produce massive volumes of fire. Field artillery was organized into batteries of four to six guns supported by as many as twenty vehicles, 150 men, and nearly 100 horses.

The Changing Role of Cavalry

Communicating on the Battlefield

Communication is important to any group effort. At the squad and company level, officers communicated with their troops by shouting commands. The bugle, fife, and drum were used to communicate across regiments and brigades, but coordinating the movement of armies required sending messages over greater distances with flags, torches, and the telegraph.

Because enemy observers could easily see signals sent by flag, both armies used coded messages. One system of ciphering and deciphering—originally developed in the fifteenth century—used two concentric circular plates, one mounted on top of the other. By aligning the alphabets inscribed along the edges of each plate a substitution code was created.

By means of electrical signals carried by wire, the telegraph allowed instantaneous communication by combining dots and dashes to represent letters. With it, military commanders could coordinate more effectively, and reporters could send news from the battlefield instantaneously. With this expanding media coverage, the military took on the added responsibility of managing information as well as their armies.

Despite initial setbacks, Civil War surgeons developed a system of aid stations, field hospitals, and general hospitals to manage casualties—a system still used today. They also learned the importance of immediately treating wounds and that major operations were best carried out in the first twenty-four hours. Although little about the cause of disease was understood, surgeons surmised that clean environments would prevent infection.

In the decade before the Civil War, advancements in propulsion and artillery changed naval warfare forever. By the late 1850s, all new warships featured steam engines and achieved unprecedented freedom of movement. These ships also hosted larger, more accurate, and longer ranged guns. These two developments encouraged shipbuilders to improve naval ship defenses by plating them with iron or steel.

Three Means of Reporting the War:

Without a Central Intelligence Agency, both sides used a variety of spies to gather information. The Confederate Signal Corps established a covert agency known as the Secret Service Bureau. Union generals often set up their own intelligence gathering networks which frequently included enslaved and free blacks. In 1863, the Union army created the Bureau of Military Information to oversee these efforts.

Hundreds of Virginia women—Unionists and Confederates—risked their lives by spying during the war. Women were excellent nineteenth-century spies because they were considered non-threatening by soldiers who did not expect them to be involved in such dangerous work. As armies moved into their neighborhoods, women were in the best position to gather information about enemy numbers and nearby fortifications.

In 1854, Luther Libby rented a three-building complex along the James River to sell shipping supplies and groceries. In March 1862, his warehouses were converted to house prisoners of war. More than 125,000 Union soldiers passed through its doors by March 1864, when shortages and concerns about security in Richmond led to the transfer of most prisoners to Georgia.

Union soldiers were crowded into Libby Prison’s second and third floors. Ceiling heights were low and windows were barred and open to the elements. Exposed to the elements, prisoners often went without furniture, blankets, and eating implements. Throughout the war, they were plagued by overcrowding, disease, and hunger. By the winter of 1863, when the inmate population rose to 1,000, hunger and disease increased. Prisoners were supposed to receive the same rations as Confederate soldiers, but inflation and food shortages made that impossible.

Following the bloody battles of the Overland Campaign in May and June 1864, Lt. Gen. Ulysses S. Grant moved the Army of the Potomac south to Petersburg—a key supply center for Richmond. The nine-month campaign that followed also involved fighting north of the James River near Richmond and was closely linked with military movements in the Shenandoah Valley.

The extensive use of interconnected lines of field fortifications—trenches and obstructions—defined the campaign to capture Richmond and Petersburg. By April 1865, the opposing armies had constructed thirty-seven miles of earthen fortifications. These types of defenses were not new to war, and both sides understood that using them multiplied a defender’s strength by a factor of three.

Petersburg During the War

Petersburg stands at the falls of the Appomattox River, twenty-three miles south of Richmond. Five railroad lines met in the city, making it one of the South’s leading transportation hubs. In June 1864, Union and Confederate troops descended on the strategic city. The campaign to defend Petersburg lasted 292 days—the longest in U.S. history—and produced more than 75,000 casualties.

The Final Days of the Civil War

By the spring of 1865, the Confederate army defending Richmond was stretched to the breaking point. On April 2, Union forces overran the southern defenses near Petersburg, forcing Robert E. Lee’s army to abandon both cities. During the evacuation of Richmond, fire destroyed much of the city. Lee surrendered to Ulysses S. Grant on April 9 at Appomattox Court House. After Appomattox, all Virginians faced an uncertain future.

Twenty-five thousand Virginia soldiers died during the Civil War, and rarely did next of kin receive timely notification—if any. But when the battlefield was nearby, the horror of death was especially shocking. In the nineteenth century, people traditionally observed formal periods of mourning. In the South, where nearly one in five white men of military age died in the war, grief was universal.

Virginia Pacificator, 1861. Lorenzo Sibert of Augusta County designed and patented this repeating rifle that could fire forty-eight shots without reloading. To judge from the inscriptions on its stock––“The Virginia Pacificator” (peacemaker) and “the American Union forever”––Sibert was one of many in the state who had hoped that Virginia’s leaders might keep the Union together. (VMHC 1990.100.50)
Image 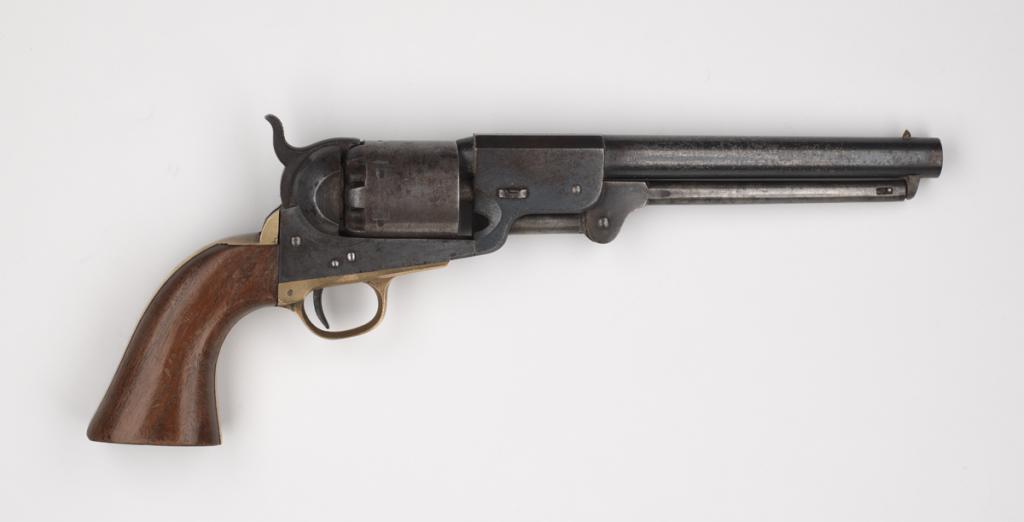 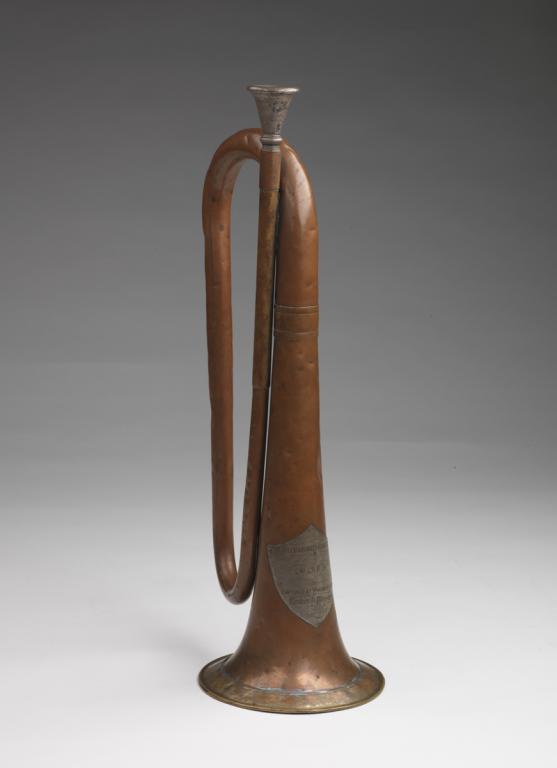 Bugle, about 1861. (Courtesy of Museum of the Confederacy)
Image 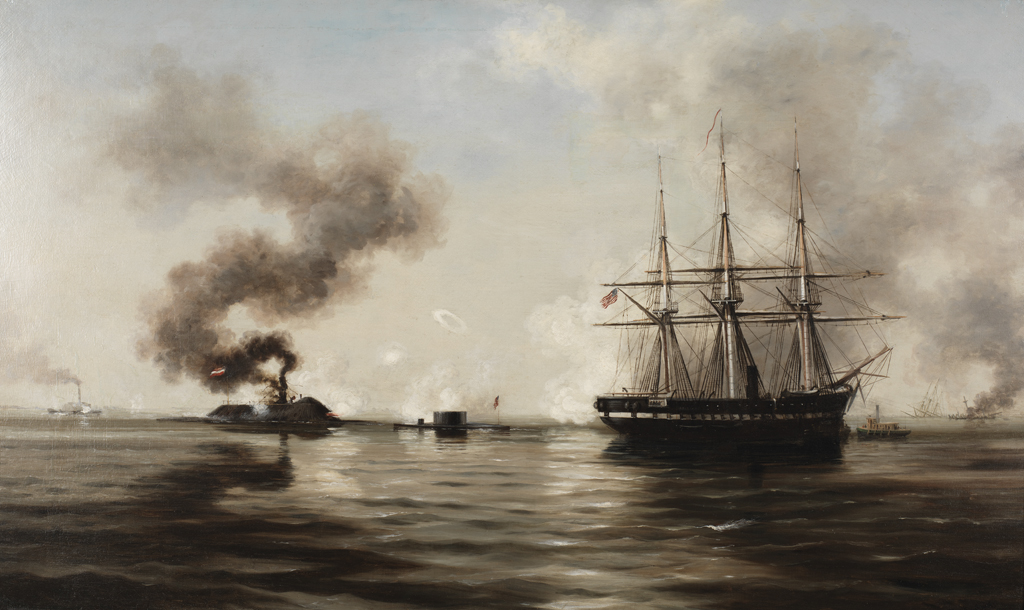 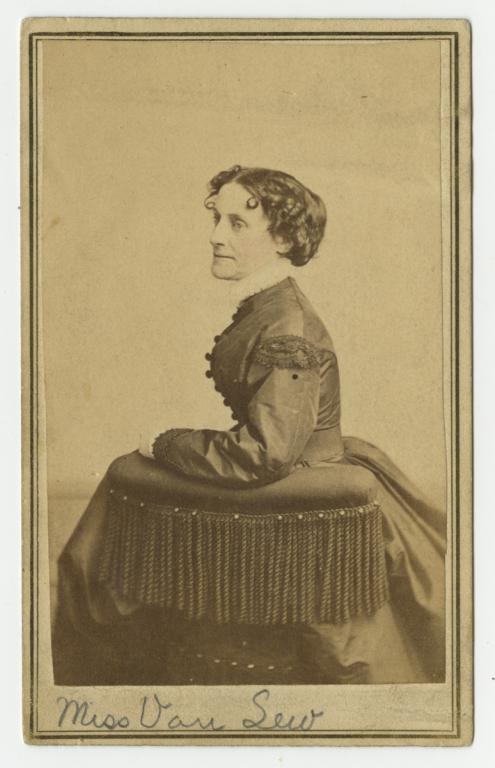 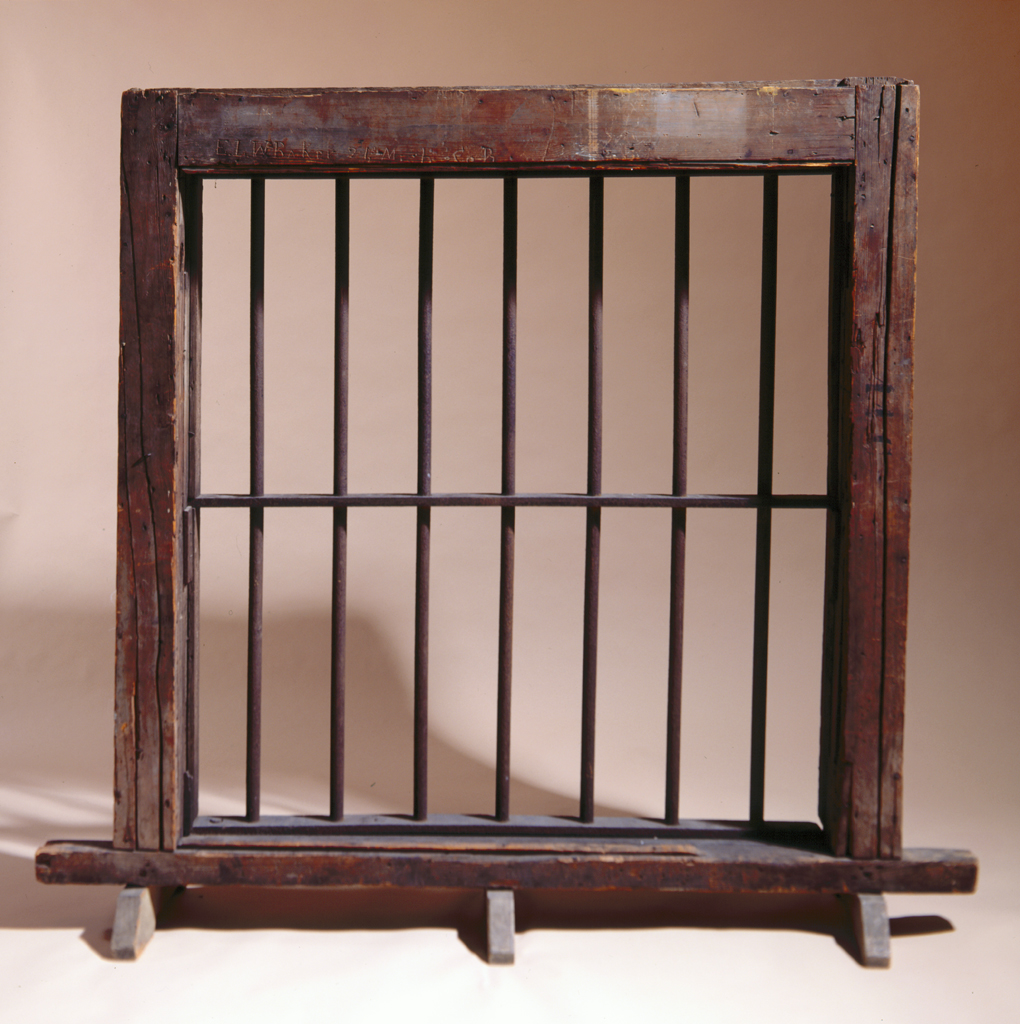 This window is from Richmond's notorious Libby Prison, where an estimated 125,000 Union soldiers were confined throughout the war. The former tobacco warehouse was being leased by Libby and Sons when the Confederacy took it over in 1862 to house Union prisoners. After the war, an Illinois syndicate razed the building and then reconstructed it in Chicago as the National War Museum. After the World's Columbian Exposition in Chicago in 1893, the building was again demolished, this time permanently. David W. Sutherland of Chicago acquired the window and gave it to the local Union veterans' organization of the town of his birth, Pittsford, New York, near Rochester. It was presented to E. J. Tyler Post 288, Grand Army of the Republic, at a ceremony attended by two former inmates of the prison. In 1915 the GAR donated it to the Rochester Municipal Museum, now the Rochester Museum and Science Center. In 1990, the museum gave the window to the Virginia Historical Society. (VMHC 1990.100.481)
Image 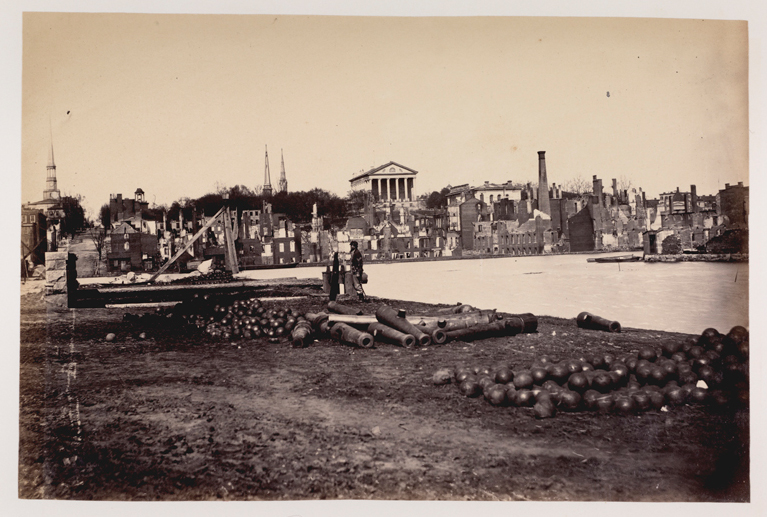