The Battlefront in Virginia
Time Period

During the decade following the Civil War, former Confederate states were required to “reconstruct” their state governments before reentering the Union. When Virginia’s immediate postwar government restricted the rights of former slaves, Congress placed the commonwealth under military rule until a new constitution could be adopted. The “Underwood Constitution” was adopted in 1870; it reformed the tax system, created a system of free public schools, and recognized the 14th and 15th Amendments to the U.S. Constitution. By 1890, however, white legislators restored white supremacy through segregation.

Slavery by Another Name

To control former slaves, Virginia in 1866 passed an act “for the Punishment of Vagrants”––it targeted the unemployed. It resembled prewar black codes that restricted liberty. The law empowered officials to arrest or hire out to work anyone who had no means of support or refused to work at (low) wages. No appeal was allowed. In this way a labor shortage on the plantations was answered. The 14th Amendment was soon passed.

A New Constitution and Legislature

When southern legislatures refused to ratify the 14th Amendment, which gave citizenship to blacks, Congress passed Reconstruction acts in 1867 that reduced the former Confederate states to conquered provinces. Each state was to assemble a convention that would draft a new constitution and appoint a legislature. Robert E. Lee encouraged whites to “elect the best available men to . . . whose decision everyone should submit.”

The 13th Amendment emancipated enslaved African Americans and the 14th promised equal protection under the laws. Black men (not women) were given the vote by the 15th Amendment. Their votes were needed to keep Republicans in power. These changed negated the 3/5s clause—a compromise provision in the Constitution—that declared each African American would count as 3/5 of a person. As a result, the southern states suddenly earned more representation in Congress.

Northerners who moved into the South after the Civil War became known as “carpetbaggers” for the luggage they carried. They came for economic gain, a desire to work on behalf of the newly emancipated slaves, or a combination of both. Resented by former Confederates, these new Virginians played a central role in shaping new southern governments during Reconstruction.

Allowed to vote, African Americans elected about 100 black representatives to the Virginia General Assembly between 1869 and 1890. Most were members of Abraham Lincoln’s Republican Party, which had championed the end of slavery. Notable among them were Dr. Daniel M. Norton, a physician and political leader in Hampton, and Edward David Bland of Prince George, who allied with the integrated Readjuster Party.

For whites, the memory of the Civil War did not end at Appomattox. At public events, former Confederates were honored as heroic defenders of their homes, and likenesses of generals were cast into bronze statues and painted on canvas. Robert E. Lee was portrayed as the greatest of all, and his generals were depicted as modern knights. Allegiance to the old order became more firmly entrenched.

The Cult of the “Lost Cause”

Former Confederates crafted a historical interpretation of the Civil War to reconcile the prewar society they admired and the devastation that accompanied southern defeat. The “Lost Cause” narrative was developed by former Confederates, who claimed that states’ rights, not slavery, caused the war; that enslaved blacks remained faithful to their masters; and that the South was defeated only by overwhelming numerical and industrial strength. Confederate veteran and memorial associations promoted “Lost Cause” themes to help white southerners cope with the many changes during this era.

The Failure of Reconstruction

Black political advancement in Virginia largely ceased by the 1890s. The Democratic Party gained control of the government, and one-party rule began, lasting nearly a century. A state constitution written in 1902 was progressive in attacking corporate corruption but regressive in restricting voter registration. The pool of eligible black voters was greatly reduced. Thomas Martin first directed the party followed by Harry Byrd in the 1920s. 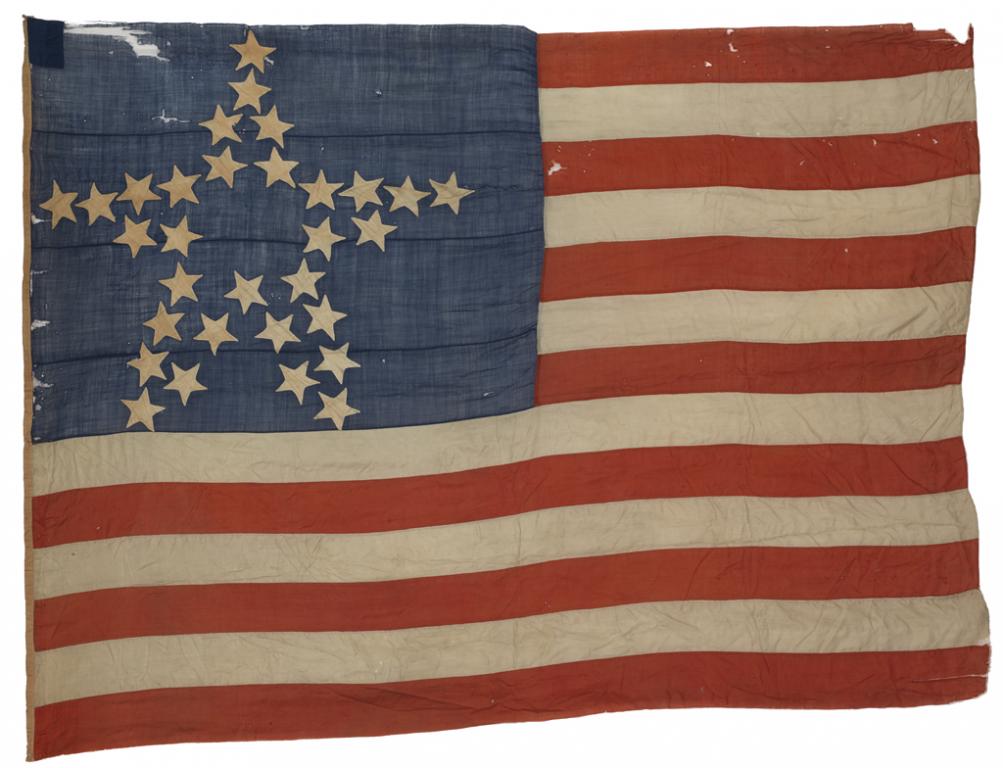 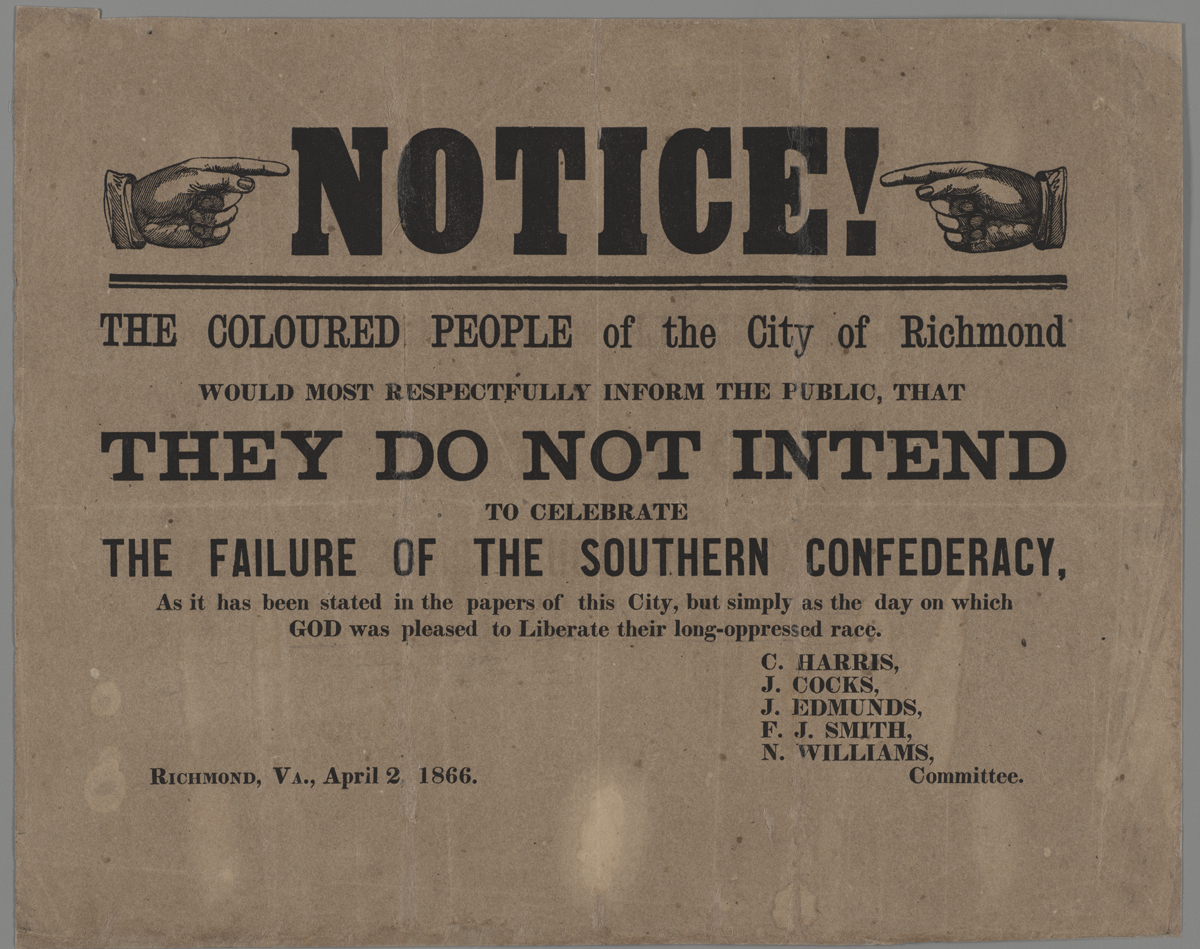 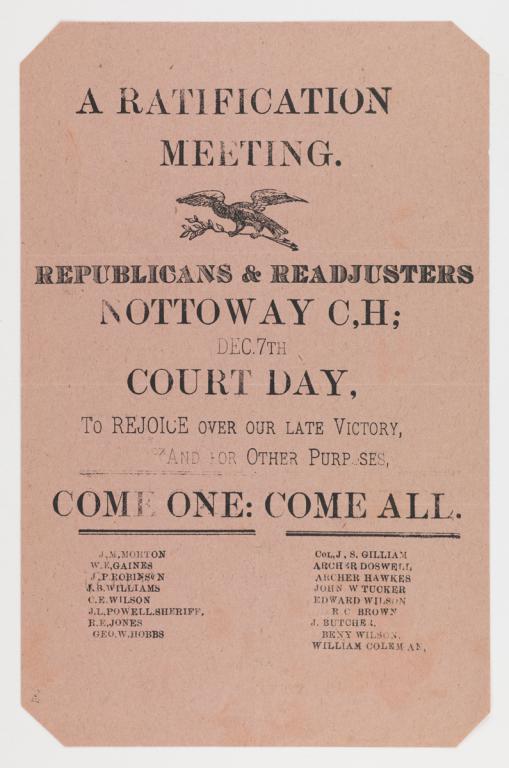 This broadside announced a meeting of two parties—Republicans and Readjusters—at the Nottoway Courthouse to ratify the new state constitution of 1870, which prohibited slavery and established free public schools. (VMHC Mss1 AL546 a 49-64)
Image 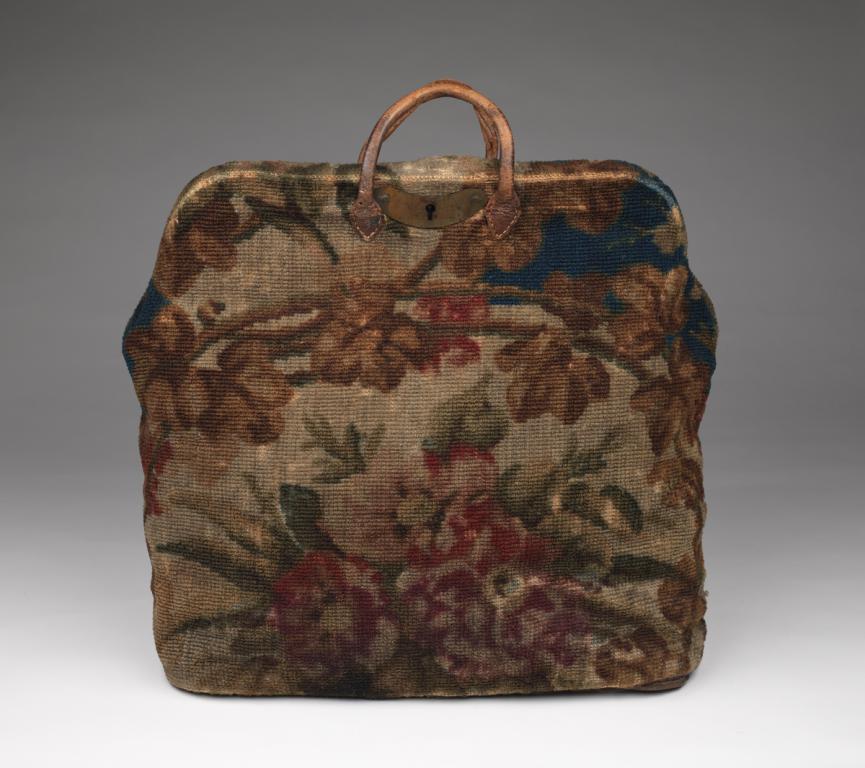 A carpetbag, about 1866, left by a northern visitor in the home of Col. John Pollard of King and Queen County. (VMHC 1967.9)
Image 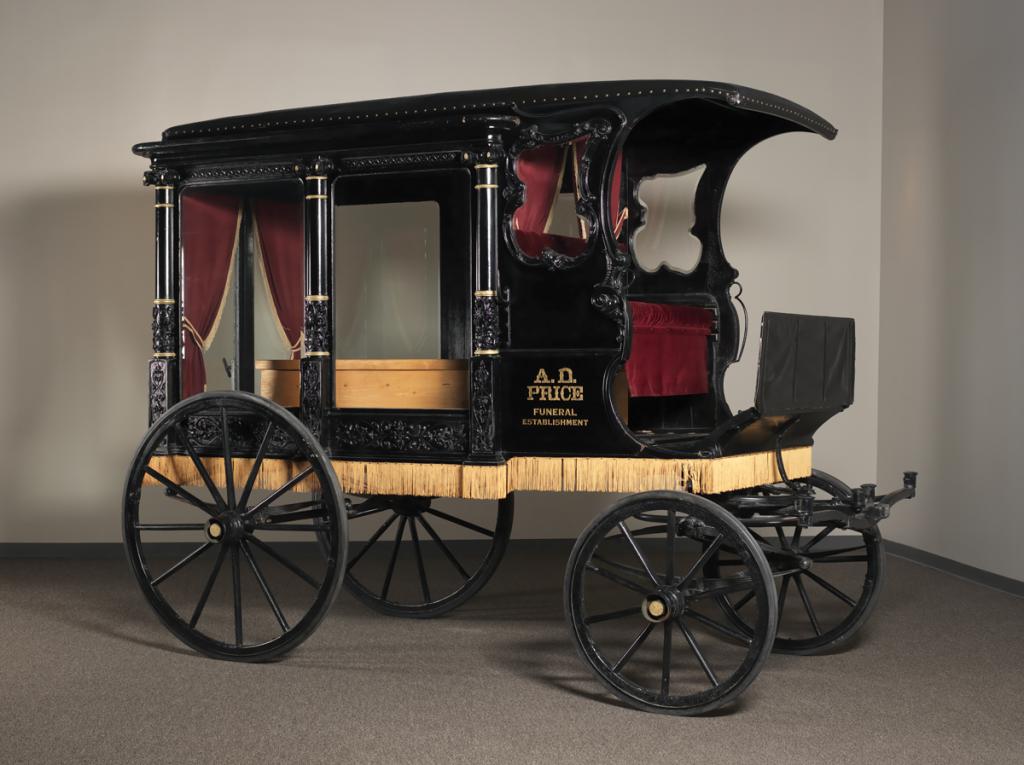 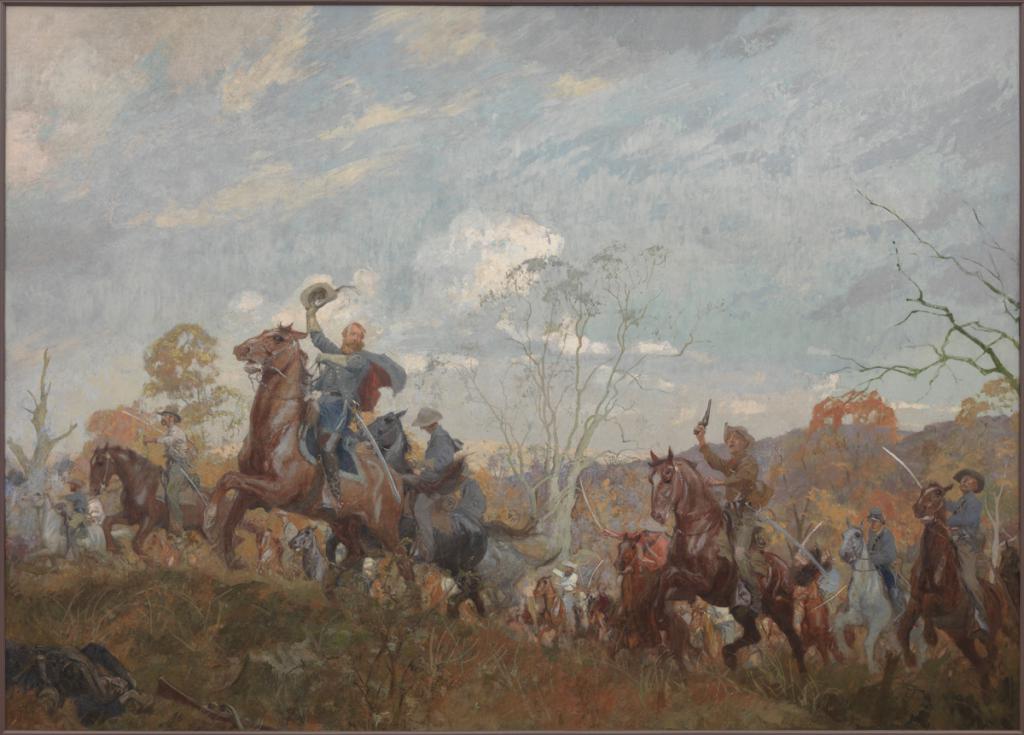 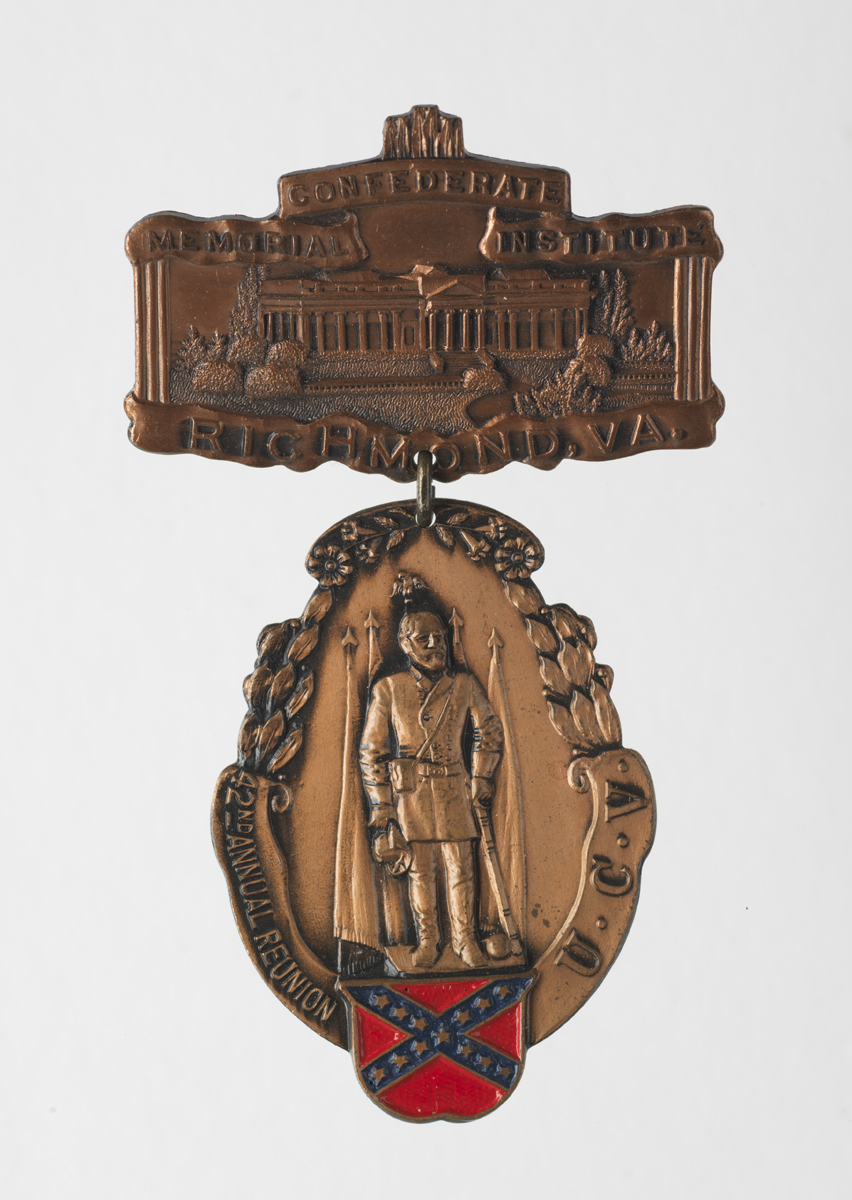 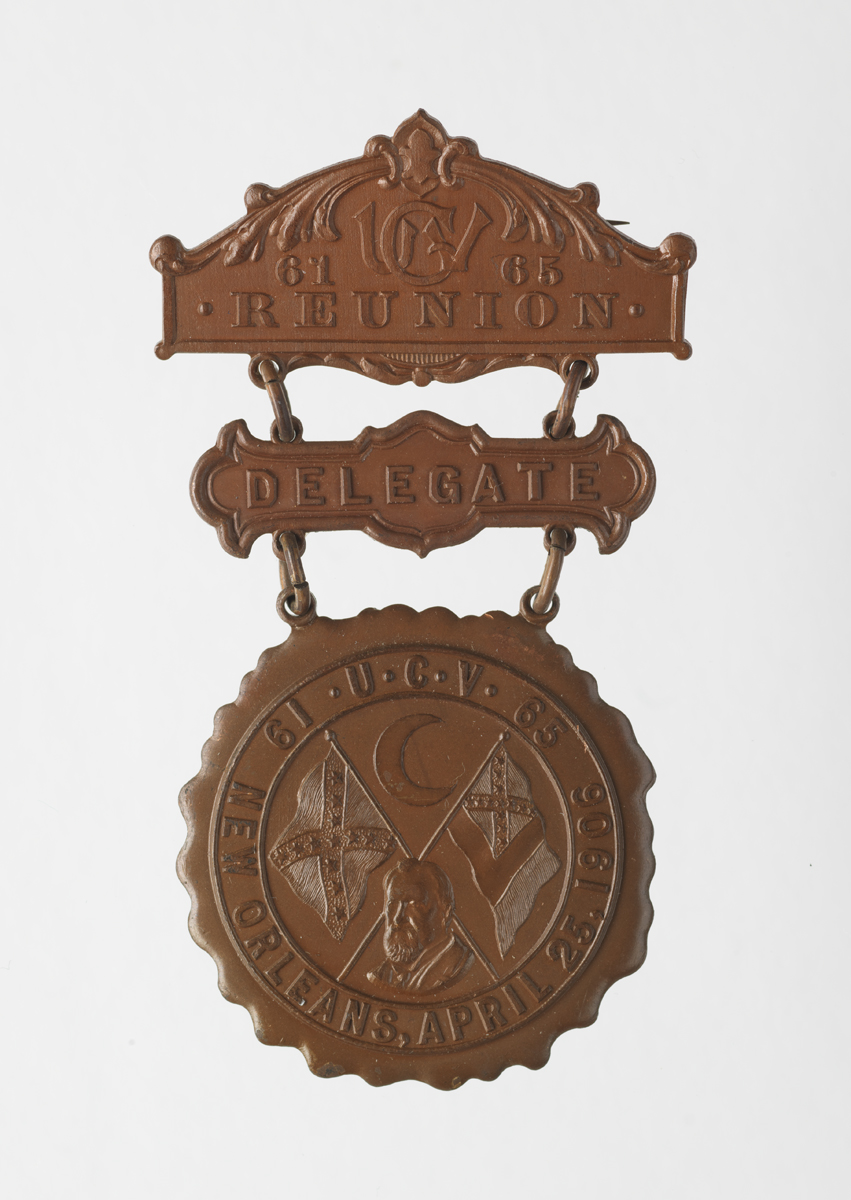 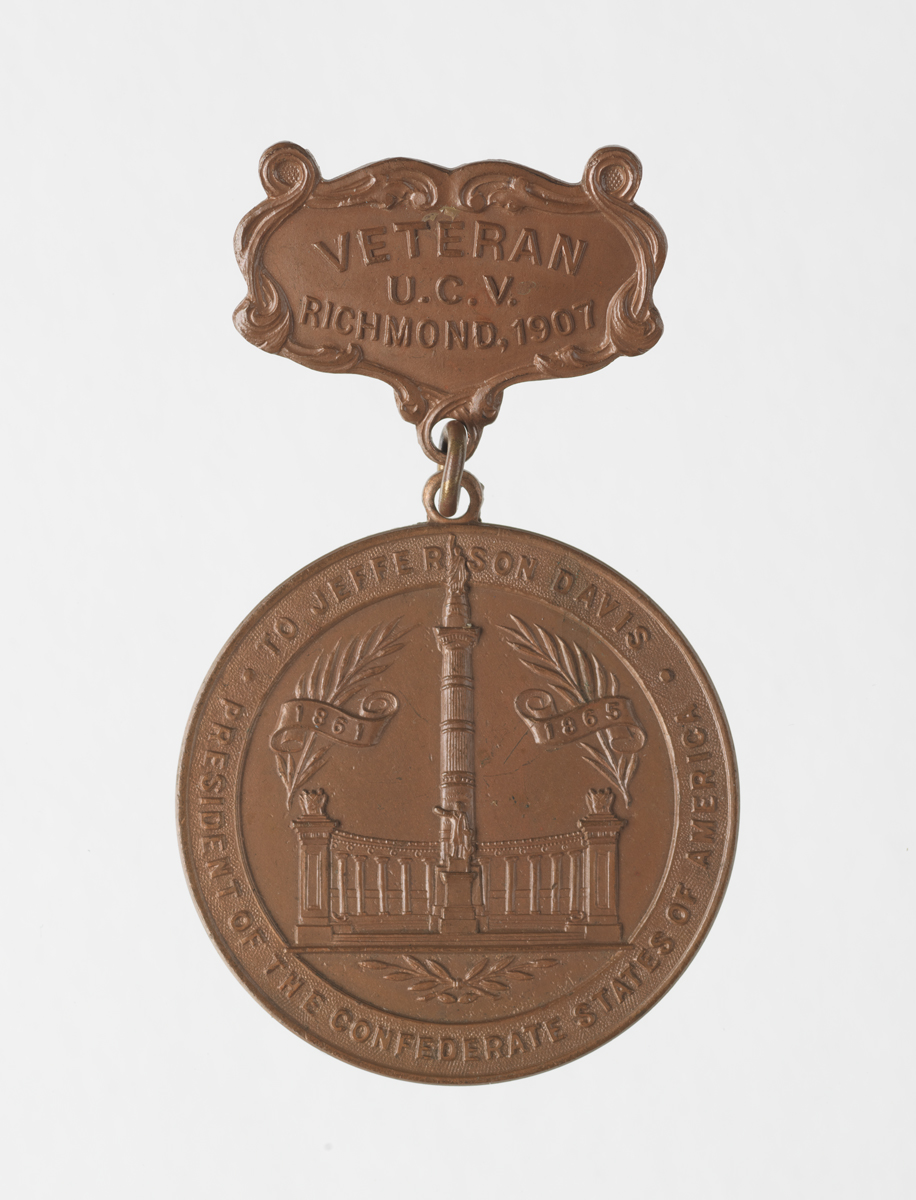 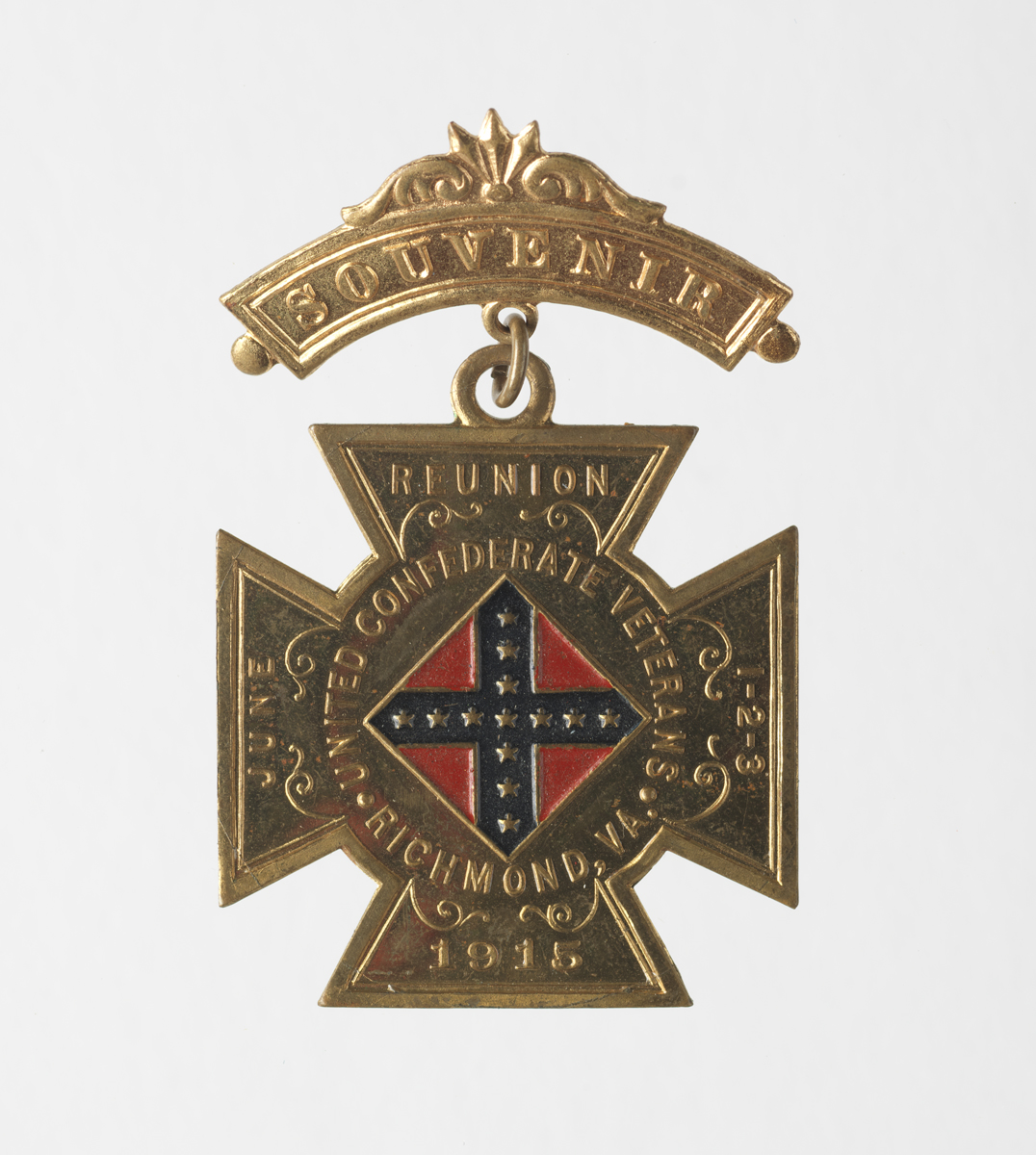