After 1763, Great Britain underestimated the economic and political maturity of the Americans. Those colonists did not care to give up the high standard of living they enjoyed. To help fund the expense of defending America, Great Britain passed the Stamp Act (1765), which taxed paper, and the Townshend Act (1767), which taxed imports, tea, and glass. Colonists responded by boycotting British merchandise and dumping tea into Boston Harbor (the “Boston Tea Party”). They argued that taxes could not be levied on them by a Parliament in London in which they had no representation.

Loyalists were colonists who remained loyal to the British crown; they were called at the time Tories and Royalists. They numbered about 500,000 or 15 to 20 percent of the American population. Some planters––like Ralph Wormeley––remained firmly Loyalist. Others, though inclined toward moderation, shifted to the patriot cause even when faced with family division. Edmund Pendleton stated in 1774, “we utterly disavow [independence].” Carter Braxton was criticized because his wife and father-in-law were Loyalists. Both Pendleton and Braxton ultimately signed the Declaration of Independence.

The British repeatedly offered freedom to slaves who would join their side; between 20,000 and 100,000 did so. Thomas Jefferson estimated that 30,000 slaves escaped during the brief British invasion of Virginia in 1781, including twenty-three of his own. In the peace treaty ending the war, the British agreed to leave “without carrying away any Negroes.” Some 9,000 to 10,000 black Loyalists found refuge in Canada.

The outrage of Virginia planters––whose standard of living rested on the price of tobacco in England and prices merchants charged them for goods––found expression in Patrick Henry’s “Virginia Resolves to the Stamp Act.” Henry quoted the 1606 Virginia colony charter that promised “all the Priviledges, Franchises & Immunities that have at any Time been held, enjoyed, & possessed by the People of Great Britain.”

Wealth and Population of the American Colonies

Most elite white southerners were twice as rich as the other colonists—not only did they own slaves but they also owned twice as much land. Virginians were the wealthiest. In 1780, Virginia’s total population was 538,000; Pennsylvania and Massachusetts were next at 327,000 and 268,000. Unlike others, wealthy Virginians did not grow or make much of what they used but depended on British trade. 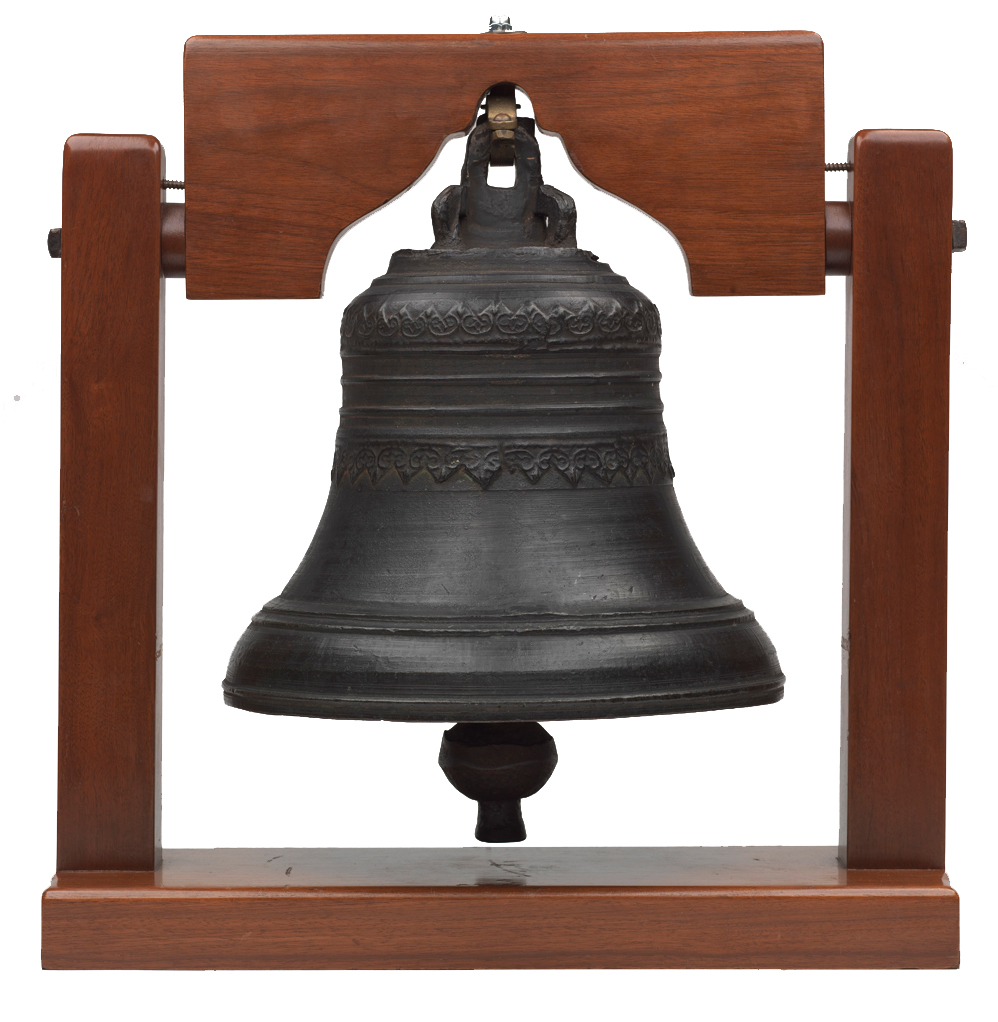 Bell from St. John's Church in Richmond, the site of Patrick Henry’s 1775 “Give me liberty or give me death!” speech. Henry argued that only colonial assemblies can make laws for the colonies and urged Virginians to prepare for war with England. However, this would be treason, punishable by hanging. (VMHC 1900.5)
Image 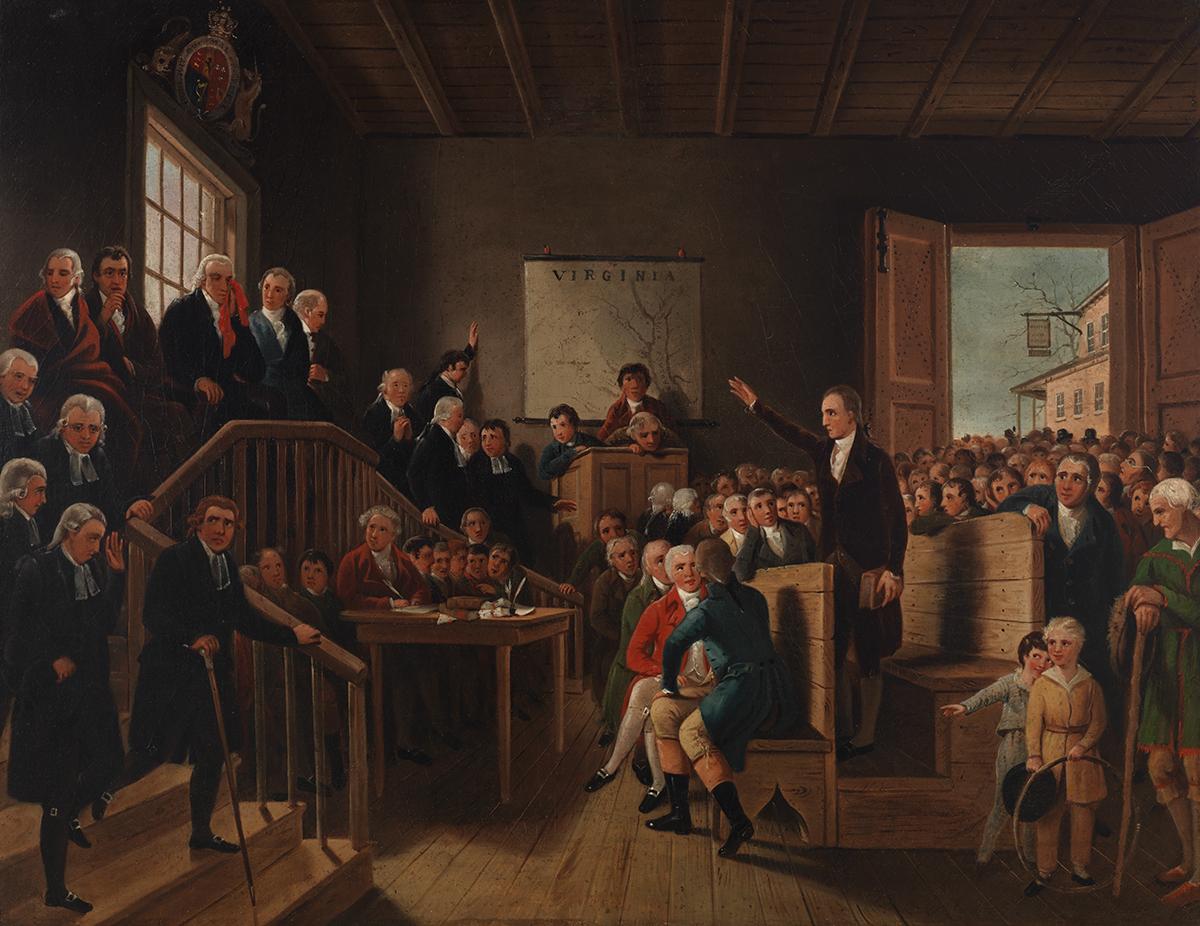 “Patrick Henry Arguing the Parson’s Cause at the Hanover County Courthouse,” painted about 1834. Colonists subsidized the salaries of priests and were pleased when new laws reduced those salaries. When King George III issued a veto, clergy sued their communities for back pay. Patrick Henry, defending Hanover County, asserted that a king who vetoed popular laws was a tyrant who should not be obeyed. (VMHC 1965.2)
Image 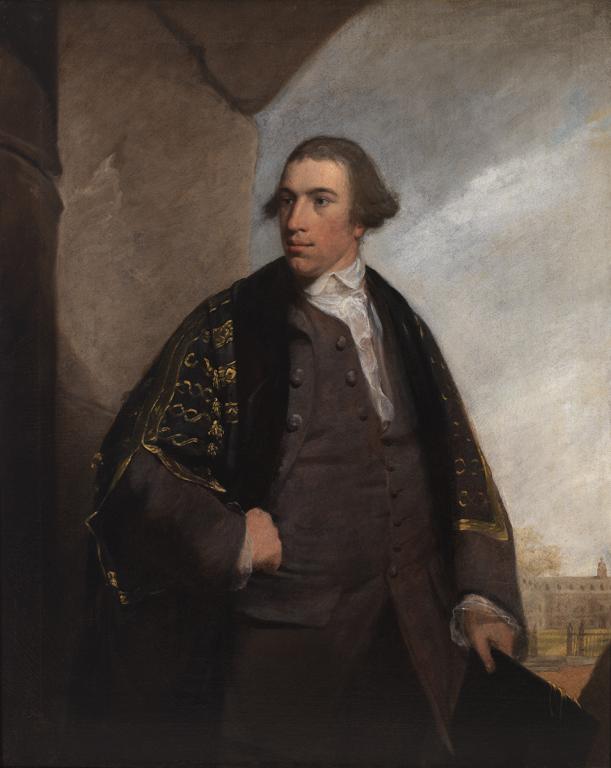 Portrait of Ralph Wormeley V, painted in England upon his graduation from Trinity Hall, Cambridge, in 1763. Some planters, like Wormeley, remained firmly Loyalist. Wormeley said that he bore “the accursed Tyranny [of rebellion] with… impatient mortification.” (VMHC 1951.22)
Image

”Repeal of the American Stamp Act” spoon, 1766. Landon Carter of Richmond County directed his London merchant to send him tablespoons––if the Stamp Act was repealed, send them in silver but if not in lowly horn or bone. (VMHC 1972.12)