Initially, European nations were searching for a water route to the Far East. Many factors encouraged European exploration. Portugal, Spain, France, and England were newly emerged as nation-states with the means to finance long overseas voyages now possible by innovations in navigation. They searched for a water route to the East because war with the Ottoman Empire interrupted the profitable overland trade routes with the Orient. Support for exploration also came from the Catholic Church, which looked to convert pagans.

International Interest in the "New World"

Portugal led the European nations into exploration by sailing southward along the African coast, seeking a route to the East. Spain’s ambitions were launched by Christopher Columbus, who landed on inhabited islands in the Caribbean Sea unknown to Europeans. As Spain expanded its American empire through the enslavement and near extermination of the region’s Indigenous population, France and the Netherlands were also exploring.

Christopher Columbus’s voyages launched a wave of Spanish followers. Ponce de Leon explored Florida. Balboa crossed the Isthmus of Panama. Magellan sailed around the world. Coronado discovered the Grand Canyon. De Soto explored Florida to the Mississippi. When Cortez and Pizarro stole the riches of the Aztecs of Mexico and the Incas of Peru, Spain became the wealthiest and most powerful nation.

Why Did the English Come?

The English did not come to Virginia for political or religious freedom. They wanted an empire in America, where Spain already was deriving great wealth. They sought gold and gems, a passage to the riches of China and the Indies, and to prey on treasure-filled Spanish galleons. They hoped to convert the native peoples to Protestantism and challenge the ambitions of Catholic Spain and France.

Europeans hoped that the Western Hemisphere would prove a new Eden of peace and plenty. Jamestown was established by the Virginia Company of London, a stock company established in 1606 by a royal charter issued by James I. The king made promises in that charter that Virginians would remember in 1775: all in Virginia “and every of their children shall have and enjoy all Liberties, Franchises, and Immunities as if they had been abiding and born within this our Realm of England.”

How Virginia Got Its Name

Elizabeth I (1533–1603), queen of England, never married. Englishmen named their dream of an empire in the New World after her, their virgin queen. Elizabeth’s elder sister, Mary I, had lost England’s last possession on the continent, Calais, in France. During Elizabeth’s reign Englishmen turned their eyes to the "New World." The first English attempts to colonize North America were made under her patronage. 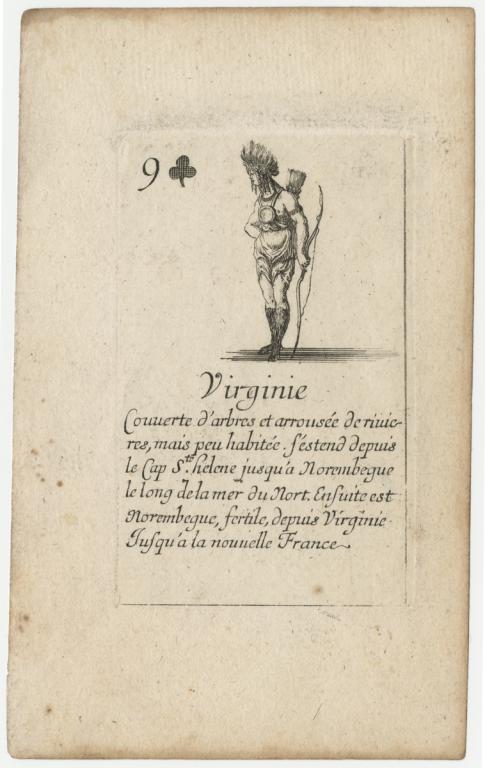 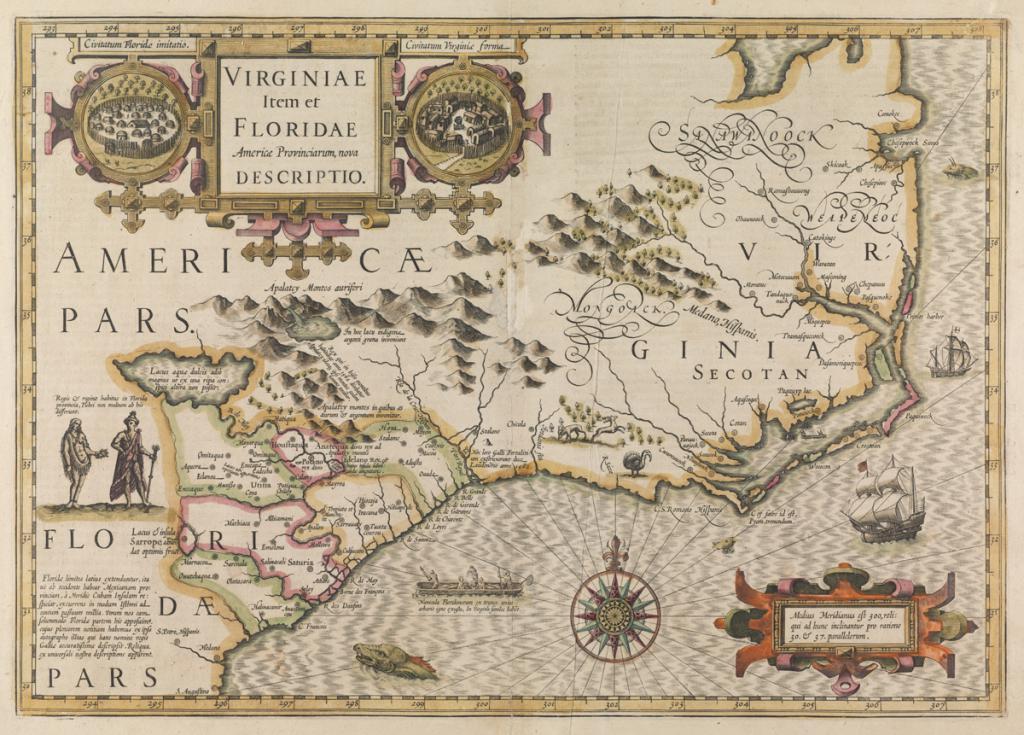 “Virginiae item et Floridae Americae provinciarum, nova description” (Amsterdam: Hondius, 1619). In the 1580s, the English made exploratory trips to the Outer Banks (of today’s North Carolina), from which they explored the mainland and the Chesapeake Bay. This map was based on a watercolor made at that time. (VMHC Map F221 1619:1)
Image 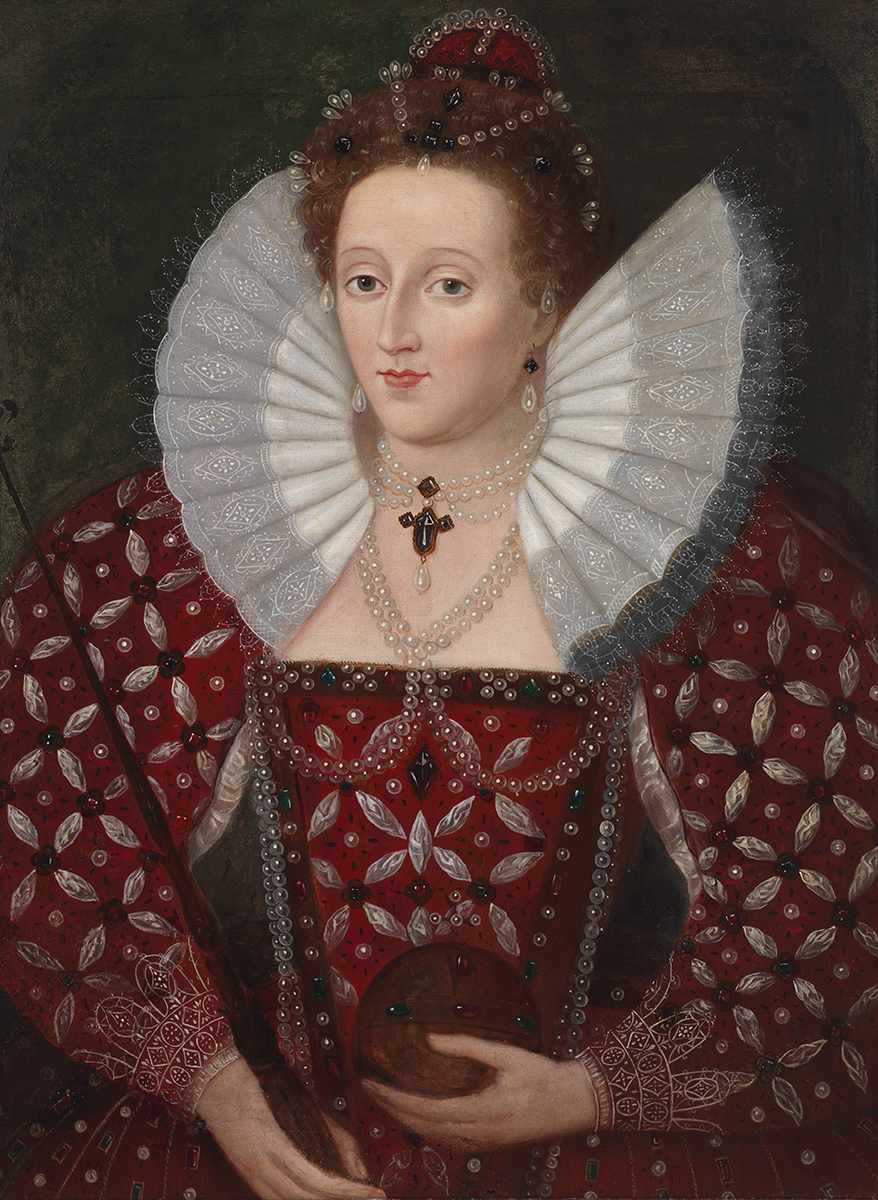 Portrait of Elizabeth I, Queen of England, by an unidentified artist. Until her reign, the English showed little interest in exploration, being occupied instead with European trade and establishing control over the British Isles. (VMHC 1990.81)