New industries were emerging in Virginia’s cities. Richmond, Norfolk, Petersburg, Fredericksburg, Lynchburg, and Wheeling seemed poised for further growth. By the late 1850s, Virginia could claim 4,841 manufacturing establishments, making it fifth among the states in this category––though far behind the more industrial North. The state’s commerce lagged behind that of the northern ports.

The Rise of Commerce and Industry

The James River and Kanawha Canal

Conceived by George Washington, the canal eventually stretched 197 miles westward to the town of Buchanan. It was the first major transportation artery for industry and carried water to power mills. Canal boats carried grain, hides, tobacco, wood, iron, and coal from the interior to Richmond where finished goods could be shipped worldwide. Only at mid-century was it eclipsed by the railroads.

Advent of the Railroads

Beginning in the 1830s, the new technology of wood-burning locomotives and iron rails stimulated cities along Virginia’s fall line to build railroad connections to the interior, across difficult terrain. These lines transported farm products and natural resources to ports along the fall line. Local stockholders constructed competing rail lines, but it was not until after the Civil War that these small companies were united into profitable long-distance networks.

Industrial and Commercial Opportunity in Richmond

A French visitor in 1837 observed that Richmond “aspires to be a metropolis . . . by the great works which it is executing . . . canals, railroads, water-works, huge mills, workshops, for which the fall in the river affords an almost unlimited motive power.” The agrarian lifestyle, however, was so fundamental in the region that many from old Virginia families preferred to relocate rather than change vocation.

In 1730, a “Warehouse Act” designated the falls of the James River a center of tobacco trade. A century later, tobacco remained the staple crop, and the reach of canals and railroads encouraged its production in the Piedmont and its export beyond England to Europe and Australia. By the 1840s, with fifty tobacco factories, Richmond had become the world’s largest tobacco production center.

The Largest Flour Mills in the World

After tobacco production, flour milling was Richmond’s earliest and largest industry. Richmond flour brands were known internationally for not spoiling and were particularly popular in Brazil, Australia, Europe, and in California, where 300,000 barrels were shipped in 1853. Wheat arrived by railroad, canal boat, and ship. Vessels carrying flour to South America returned with coffee and spices, making Richmond the country’s leading coffee market in 1860.

The Gallego Mills gained international reputation for their superior flour. About 1798, Joseph Gallego (1758–1818) established the mills. In 1834, his successors built a mill complex at the James River Canal’s turning basin that used basin water for power. By 1849, a nine-story mill was in operation with thirty-one pairs of grinding stones and six water wheels. In 1860, a twelve-story mill was built—the largest in the world. All burned in the 1865 evacuation fire.

An iron industry developed in Virginia with the advent of the railroad and the demand for locomotive engines, tenders, railroad cars, and track. Workers were brought to Richmond in 1837 from the famous iron works at Tredegar, Wales, to take advantage of the boom, a water source, and active coalfields. By 1860, this twenty-two-acre operation made Richmond the third largest iron manufacturer in the nation. 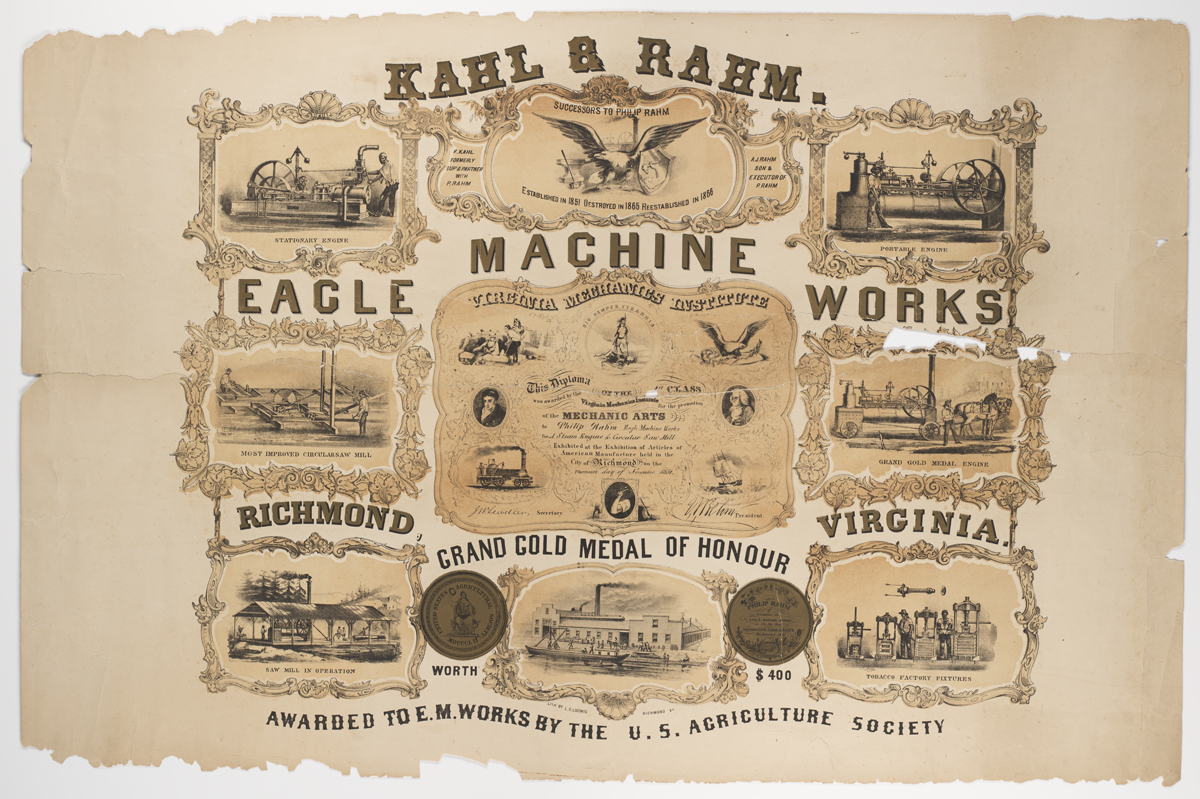 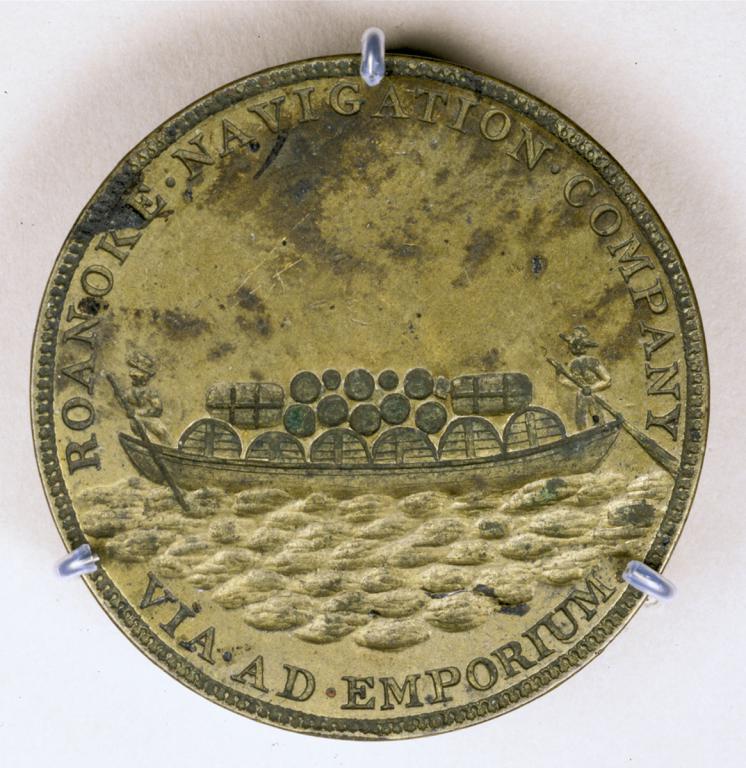 Brass seal used to emboss business transactions of the Roanoke Navigation Company, 1830. In 1776, Virginia’s trade was four times New York’s, and canals were planned to link the James and Potomac rivers to markets beyond the mountains. By 1850, New York’s commerce was 300 times greater. Partially-funded canals lay incomplete in Virginia. (VMHC 0000.80)
Image 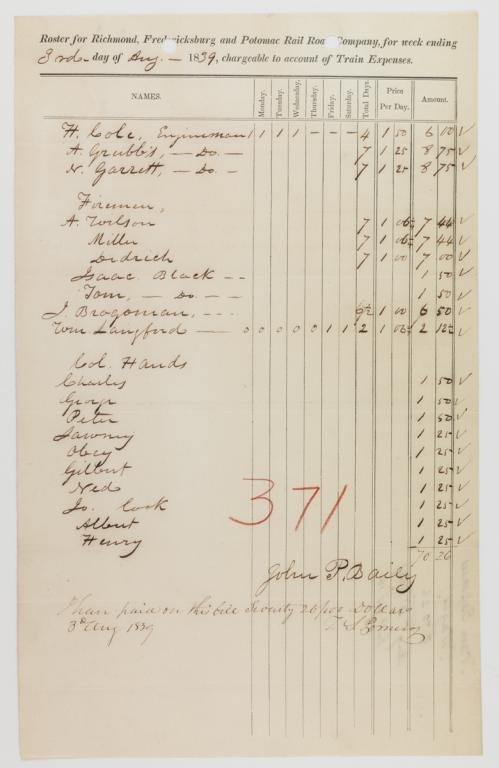 Roster of workers for the Richmond, Fredericksburg, and Potomac Railroad Company, 1839. Not only did African American workers perform the most grueling labor for the railroads, but they also were paid the lowest wages. (VMHC Mss3 R4152 a)
Image 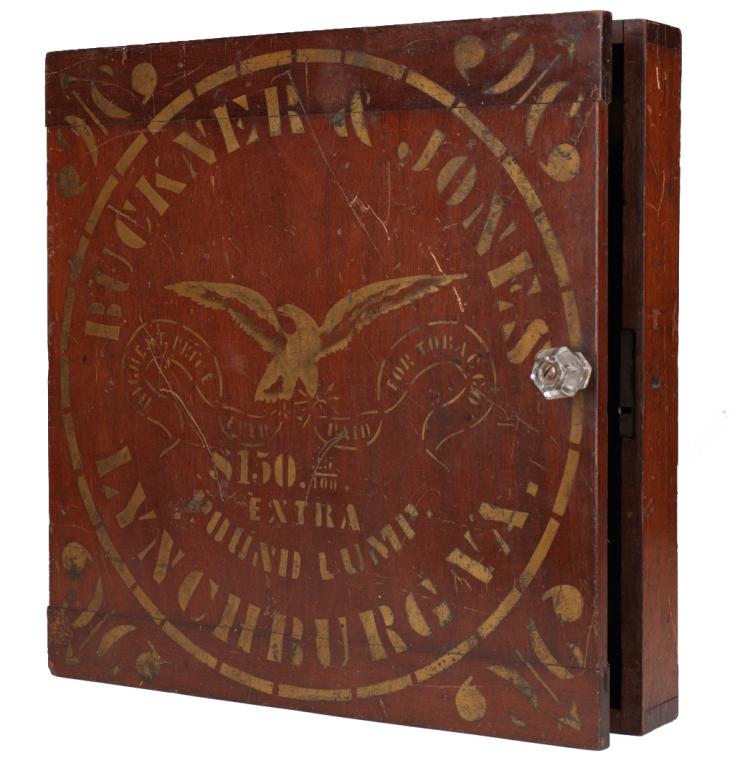 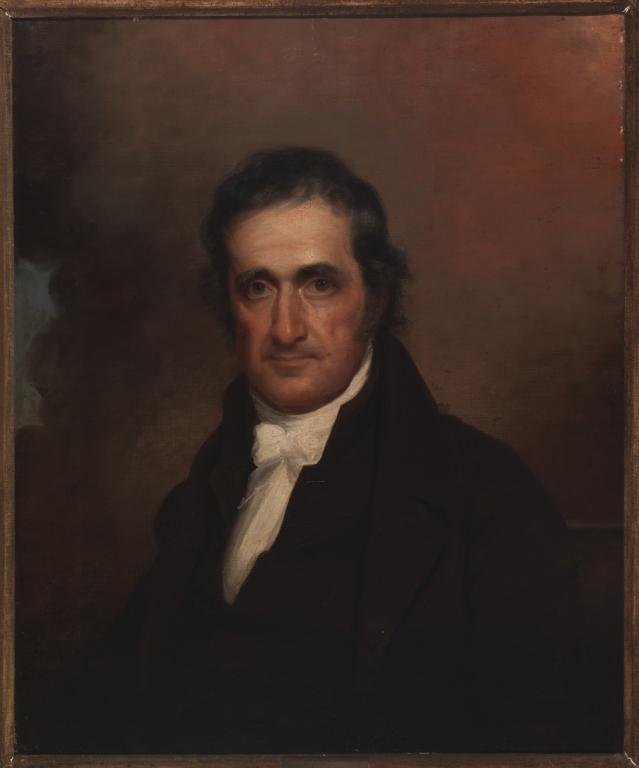