The Struggle for Equality
Time Period

For more than 400 years, Virginians have been part of a global community—exporting ideas, products, and culture to the rest of the world. Although the commonwealth has become more urban and industrial, the land continues to produce minerals and food. Its shores are home to many of the nation's finest shipyards. Its universities and laboratories share new discoveries, and artists perform for a worldwide audience.

The growing and processing of tobacco remains an important industry in Virginia. Although its production has declined since the 1970s, Southside and southwestern Virginia farmers continue to be major producers. Phillip Morris USA, a subsidiary of Altria, produces almost half of all the cigarettes sold in the United States, and its Richmond plant is one of the largest in the world.

Cigarettes became popular in the mid-1800s, but not until the 1881 invention of a cigarette-rolling machine by James Bonsack of Roanoke could production be accomplished on a mass scale. The development of color lithography in the late 1870s allowed companies to create attractive images on the packages and onto cigarette cards to market their products more effectively. Newer technologies permitted companies to expand from trading cards, tin tags, and posters to magazines and billboards. Radio and television ads were popular until banned from the airwaves in 1970. Philip Morris owes much of its success to two effective advertising campaigns—“Call for Philip Morris” and the “Marlboro Man.”

Modern coal mining dates to the discovery of vast deposits in Southwest Virginia in the 1870s. A century later, demand fell because of Clean Air Act requirements for low-sulfur coal, and the supply from Virginia dropped with the exhaustion of the easy-to-mine coal beds. Once prosperous counties in southwestern Virginia have been plunged into poverty.

An extensive railroad network integrated Virginia into a national market. Railroads transformed the hamlet of Big Lick into the city of Roanoke, which became a center for manufacturing railroad equipment. In 1887, the Richmond Locomotive Works was the only major locomotive manufacturing plant in the South and made about 4,500 engines before ceasing operations in 1927.

Newport News Shipbuilding and Dry Dock Company was established in 1886 to repair ships used to transport coal carried there by rail from western Virginia. It soon was building warships, and, in turn, ocean liners. It has produced more than 70 percent of the U.S. Navy’s fleet. It is now Huntington Ingalls Industries. Across Hampton Roads is the Norfolk Naval Shipyard, specializing in repairs and overhauling.

Although antiunion views have a long history in Virginia, workers in many industries organized in the early twentieth century. The new century also brought women in large numbers to the rank and file, and African Americans formed all-black union locals representing workers in railroading, shipbuilding, and tobacco. After World War II, union power was weakened by the adoption of right-to-work statutes still in effect.

As it has been for centuries, agriculture remains Virginia’s largest industry, with farms covering one-third of its total land area. Livestock—poultry and cattle—yields the greatest income, but the commonwealth also produces large quantities of soybeans, tobacco, apples, and peanuts. Virginia’s 250 wineries make it the fifth largest producer of grapes in the United States.

Alcoholic beverages have been made in Virginia for more than 400 years. Early settlers hoped that the colony would become a major source of wine, and for centuries Virginians have produced beer, cider, and “moonshine” for their own use or trade. In the 1970s, interest in wine-making revived, and in the early twenty-first century, craft brewing has become a thriving industry.

The first film made in Virginia was shot at Fort Myer in 1897 and featured the Sixth Cavalry. More than 100 years later, the commonwealth has been the setting and the subject of both big-budget and independent films. Likewise, Virginia’s musical contribution to American culture has been diverse and includes blues, folk, hip-hop, and rock.

The first Virginia-made car, the “Dawson,” was built in Basic City (now Waynesboro) in 1901. Cars were assembled in Richmond and Lynchburg in the 1910s and 1920s and in Norfolk after 1925, but relatively few Virginians have made their living making automobiles. Many more have been employed selling, fixing, fueling, and customizing them in dealerships, garages, and gas stations.

At the turn of the twentieth century, furniture-making became one of the South’s manufacturing mainstays, drawing on the region's plentiful natural resources and relatively inexpensive labor supply. Companies like Lane, Stanley, Pulaski, Rowe, and Bassett grew into national brands. In recent years, as imports have gained strength, foreign companies have located manufacturing or distribution facilities in Virginia.

Reynolds Metals Company began producing aluminum foil for cigarette packaging in 1926 and moved its headquarters to Richmond in 1938. During World War II, Reynolds provided aluminum for aircraft. In peacetime the company pioneered a variety of applications for aluminum including building siding, beverage cans, a submarine, and of course, Reynolds Wrap. The company was acquired by Alcoa in 2000.

Over 125 years, the A. H. Robins Company grew into a pharmaceutical empire. In 1936, shortly after E. Claiborne Robins, Sr., graduated from pharmacy school, he took over the business begun by his father in 1906 and turned it into a pharmaceutical empire. In 1949, A. H. Robins Company introduced Robitussin and later Dimetapp and Chapstick. The company continued under family control until 1989 when it was sold to American Home Products.

Established in 1917, the Langley Research Center in Hampton is the oldest NASA field center. Researchers use more than forty wind tunnels to study improved air and spacecraft safety, performance, and efficiency. Unpowered drop models aid in the study of aircraft spin dynamics.

The Byrds of Virginia

The descendents of William Byrd II influenced Virginia history in the twentieth century. As governor and U.S. senator, Harry Flood Byrd became the dominant force in Virginia politics from 1920 to 1960. Byrd promoted conservative “pay-as-you-go” financial policies. His brother, Richard, gained fame as a polar explorer. Harry Byrd organized Democratic Party supporters at the county level to create a “machine” that kept him in power for forty years. It promoted political candidates of his choice. Byrd reduced taxes and the size and expenditures of government, brought business to the state, built rural highways, used newspapers to influence voters, and resisted school desegregation. Social services, education, and organized labor suffered. Lieutenant (later Admiral) Richard Evelyn Byrd, Jr., was reputedly the first man to fly over the North Pole in May 1926. He and his crew were undoubtedly the first to fly over the South Pole in November 1929. Byrd’s expeditions were funded by wealthy investors, just as the Virginia Company of London had been in 1607. 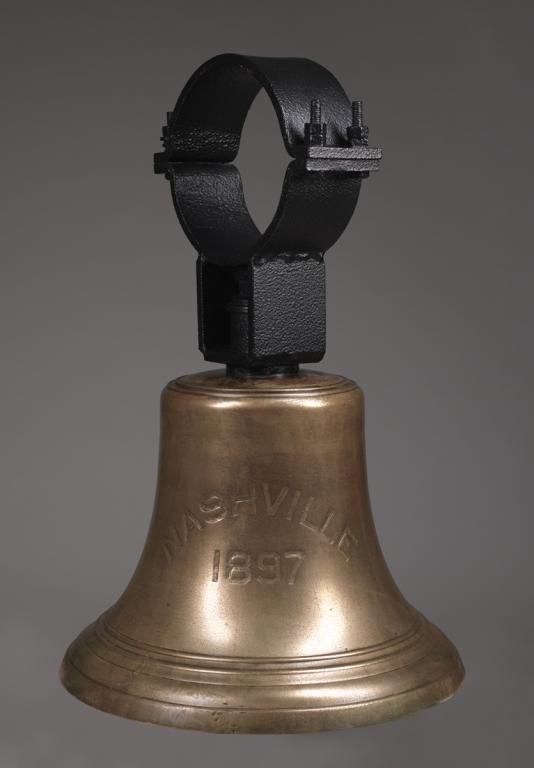 Bell from the USS Nashville, 1895. The Nashville was the first navy ship constructed by Newport News Shipbuilding. It participated in the Spanish American War and in World War I served as a convoy escort off North Africa. (On loan from the Mariners’ Museum, Newport News)
Image 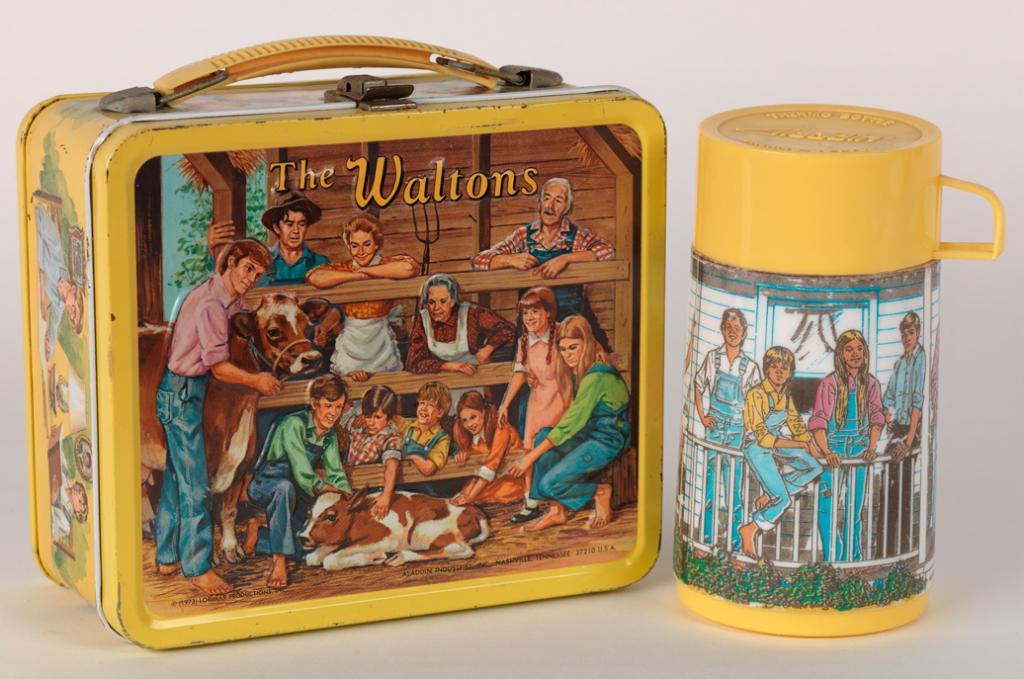 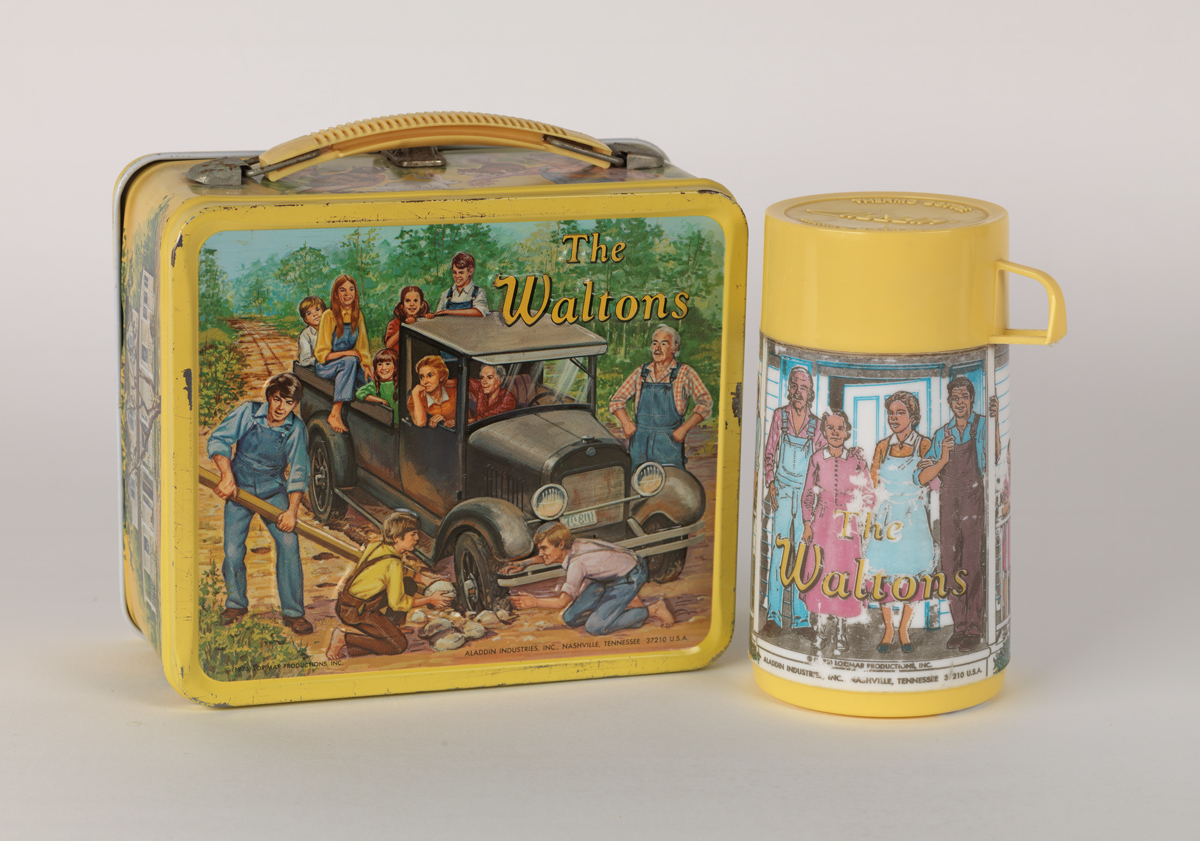 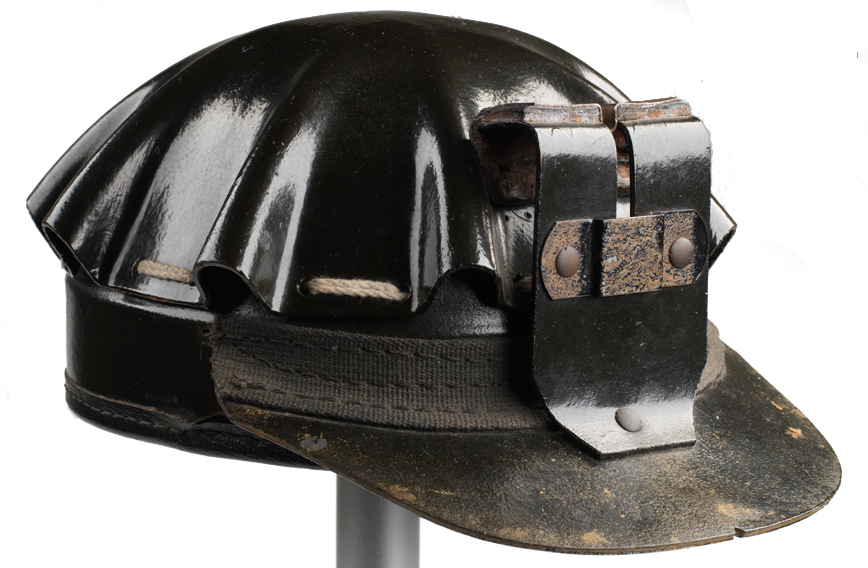 "Turtle Shell" coal miner's hat. Shaped like a turtle shell, this hat is the first type of hard protective headgear made for miners; it became available in the 1920s. The metal bracket support on the brim held a metal oil-wick lamp. (VMHC 1991.24.2.A)
Image 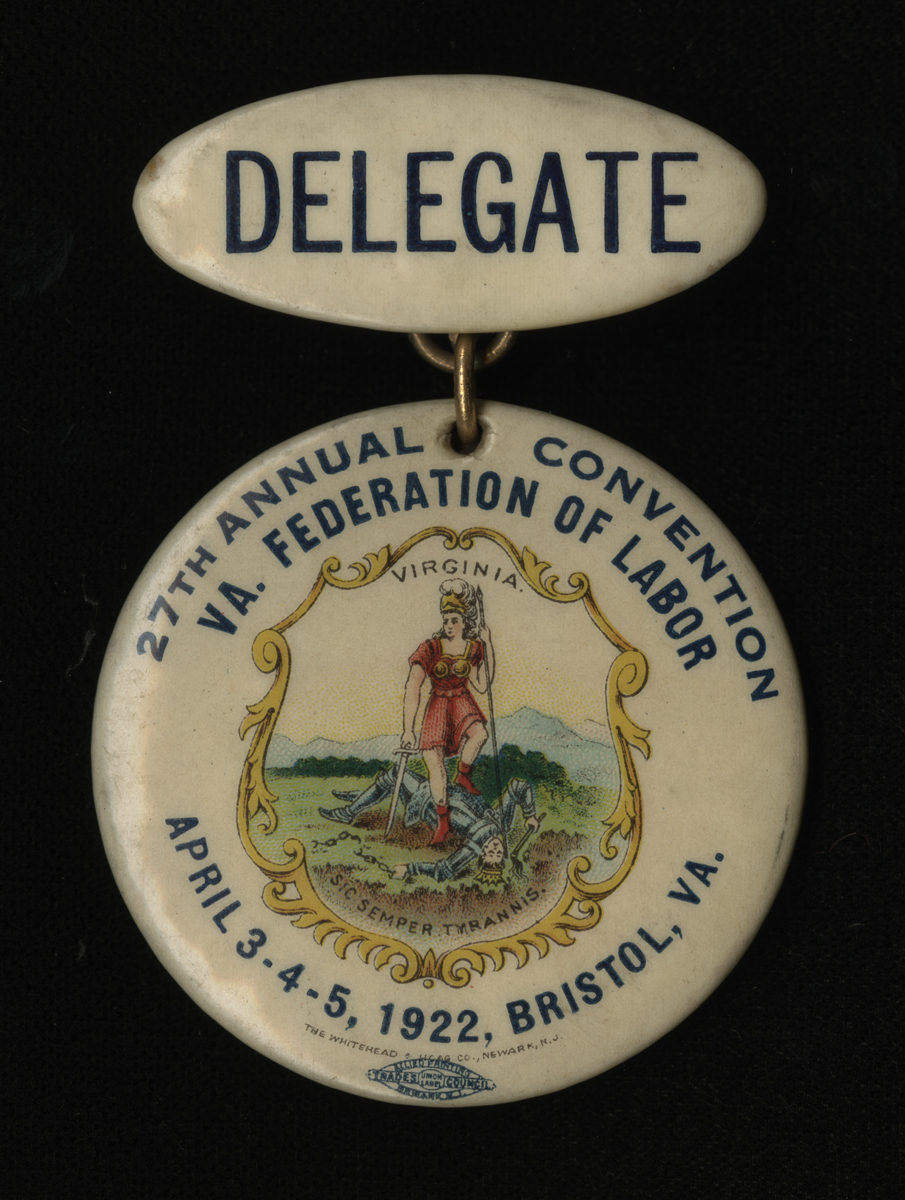 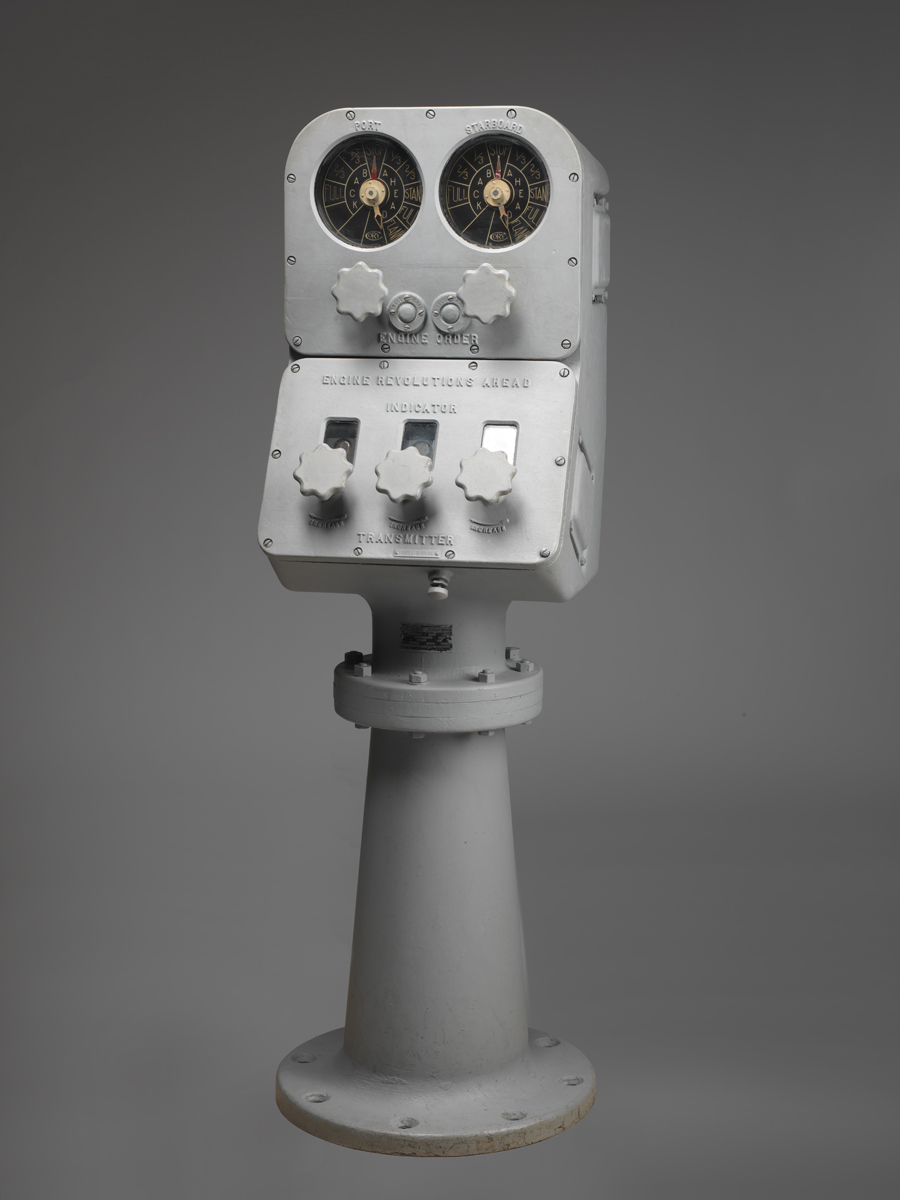 Engine order and revolution transmitter from the USS Enterprise. This transmitter communicated speed orders to the engine room. The Enterprise was launched in 1936 at Newport News Shipbuilding and during World War II participated in more major actions against Japan than did any other US ship. (On loan from the Mariners’ Museum, Newport News, and the United States Navy) 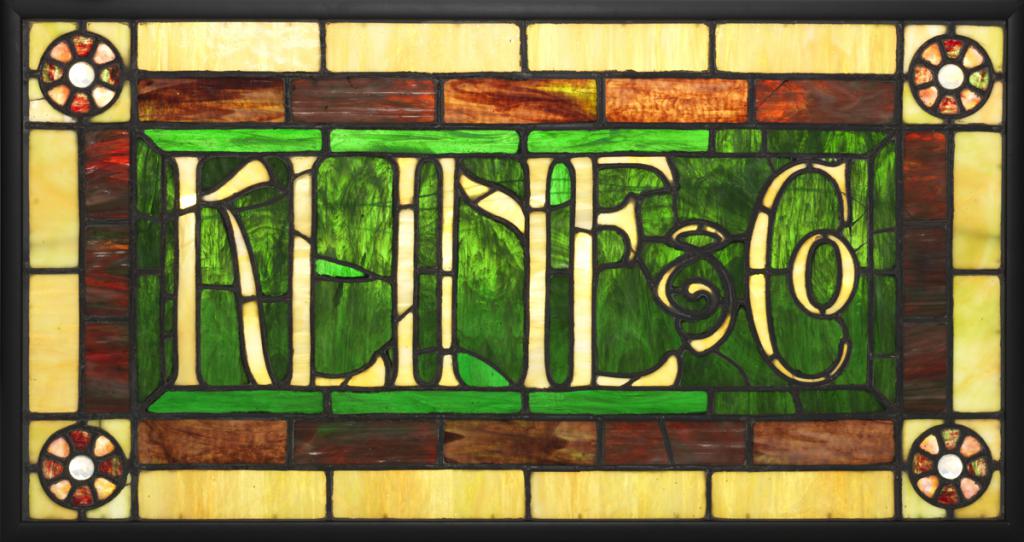 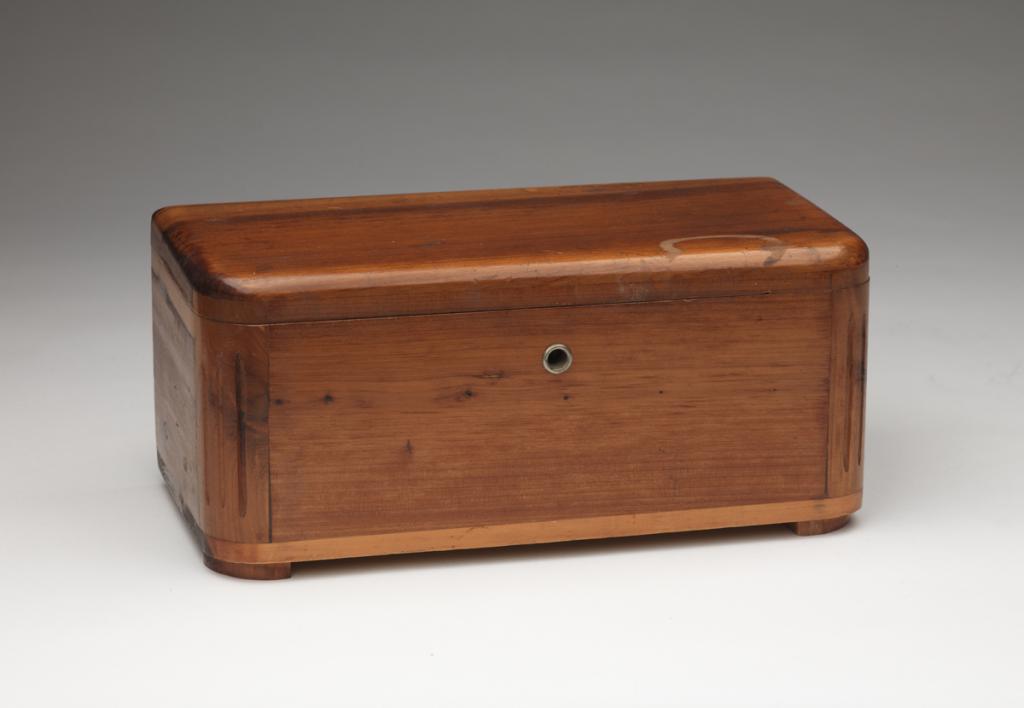 Miniature cedar “Hope Chest,” made by the Lane Company of Alta Vista. Designed to store home furnishings in anticipation of marriage, the Lane cedar chest became iconic for women across the nation as "the gift that starts the home." (VMHC 1999.88.1)
Image 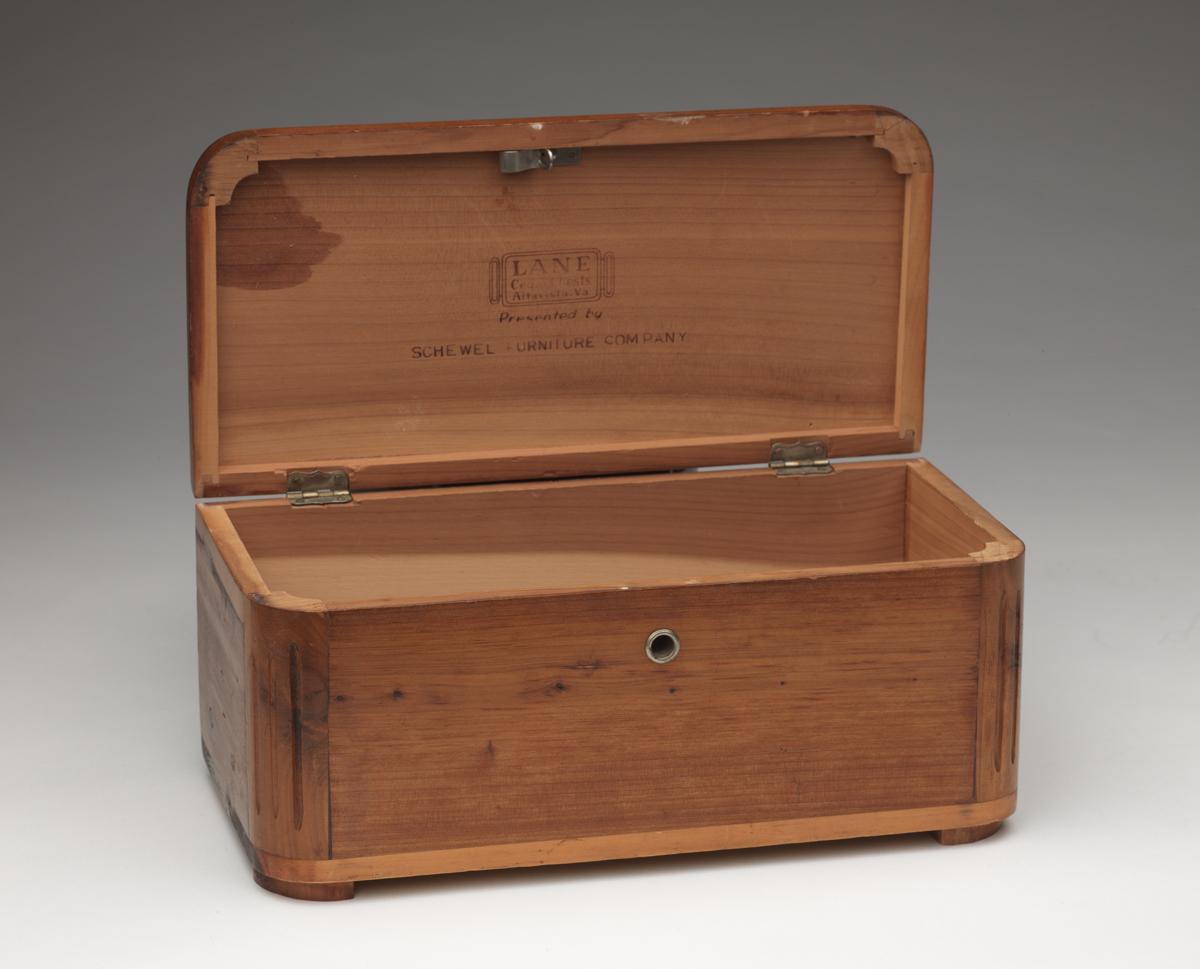 Madison Ridge wine. Virginia is now fifth in the nation in wine grape production and home to more than 230 wineries that contribute $750 million to the economy. (VMHC 2006.60.3) 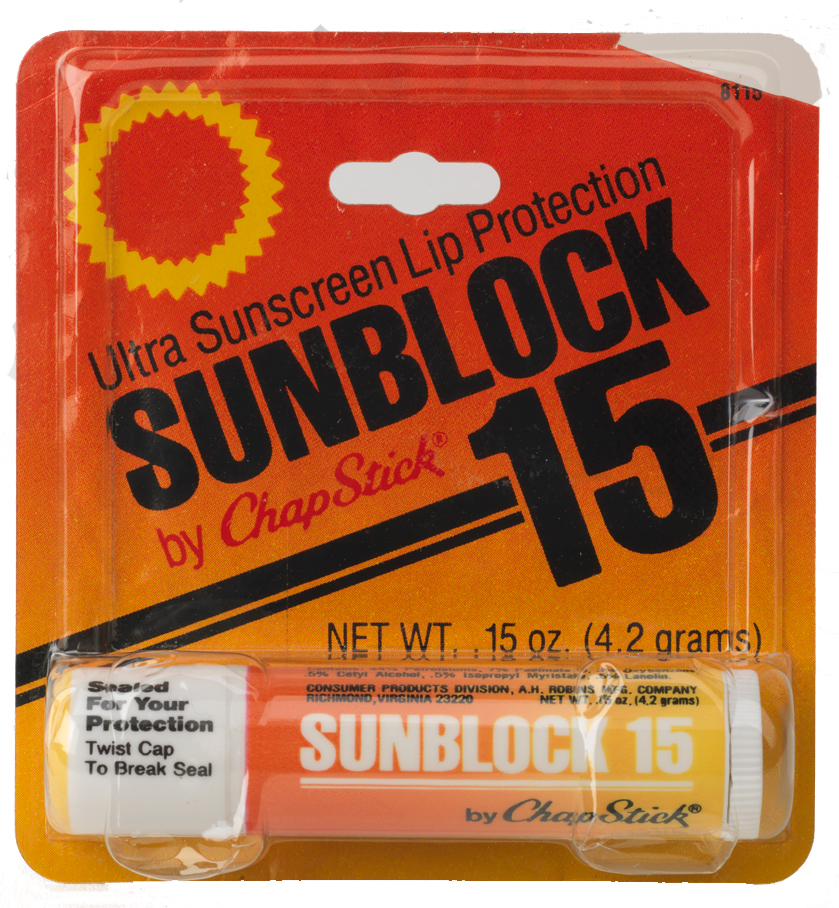 "Sunblock 15" ChapStick. Manufactured by A. H. Robins Company. ChapStick, invented in the 1880s by Lynchburg doctor Charles Fleet, was bought by Robins. (VMHC 2006.210.2) 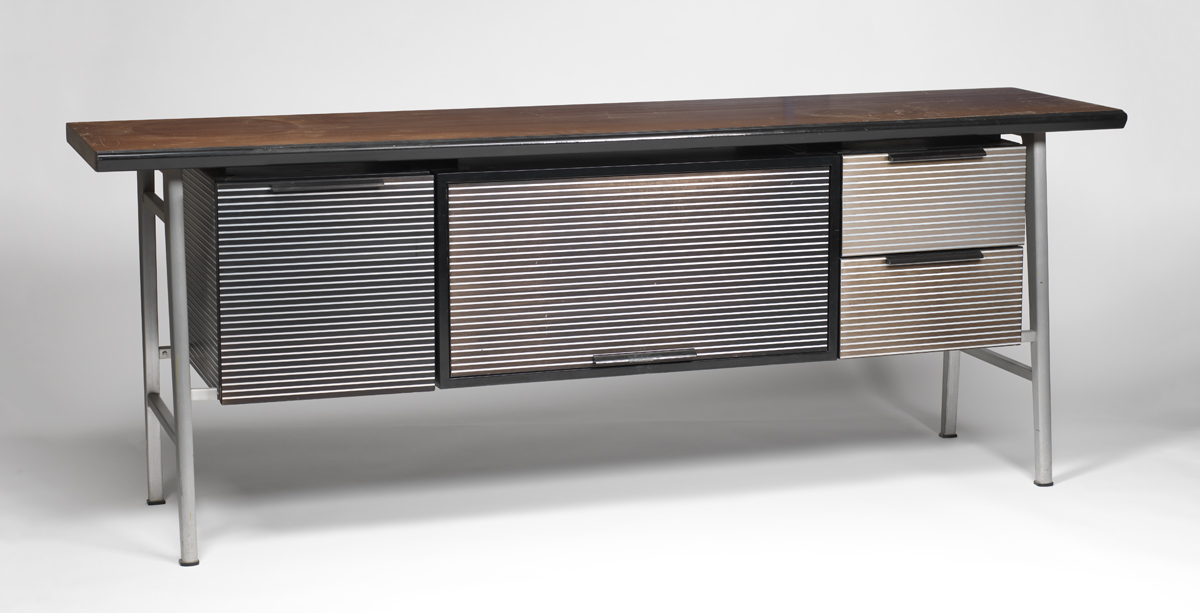 This "Reynolds Model Office” credenza was a part of the aluminum office furnishings showcased in the 1958 Executive Office of Reynolds Metals Company in Richmond. (VMHC 2001.522.10.FF) 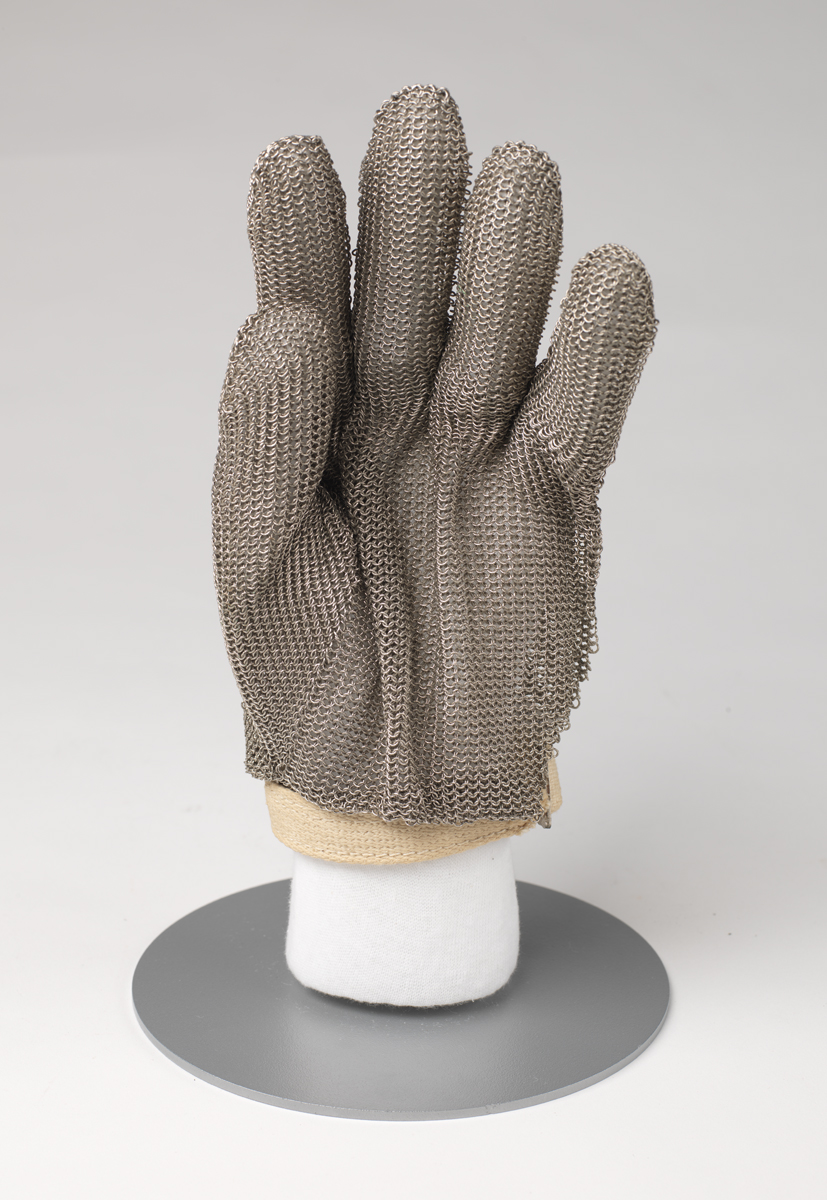 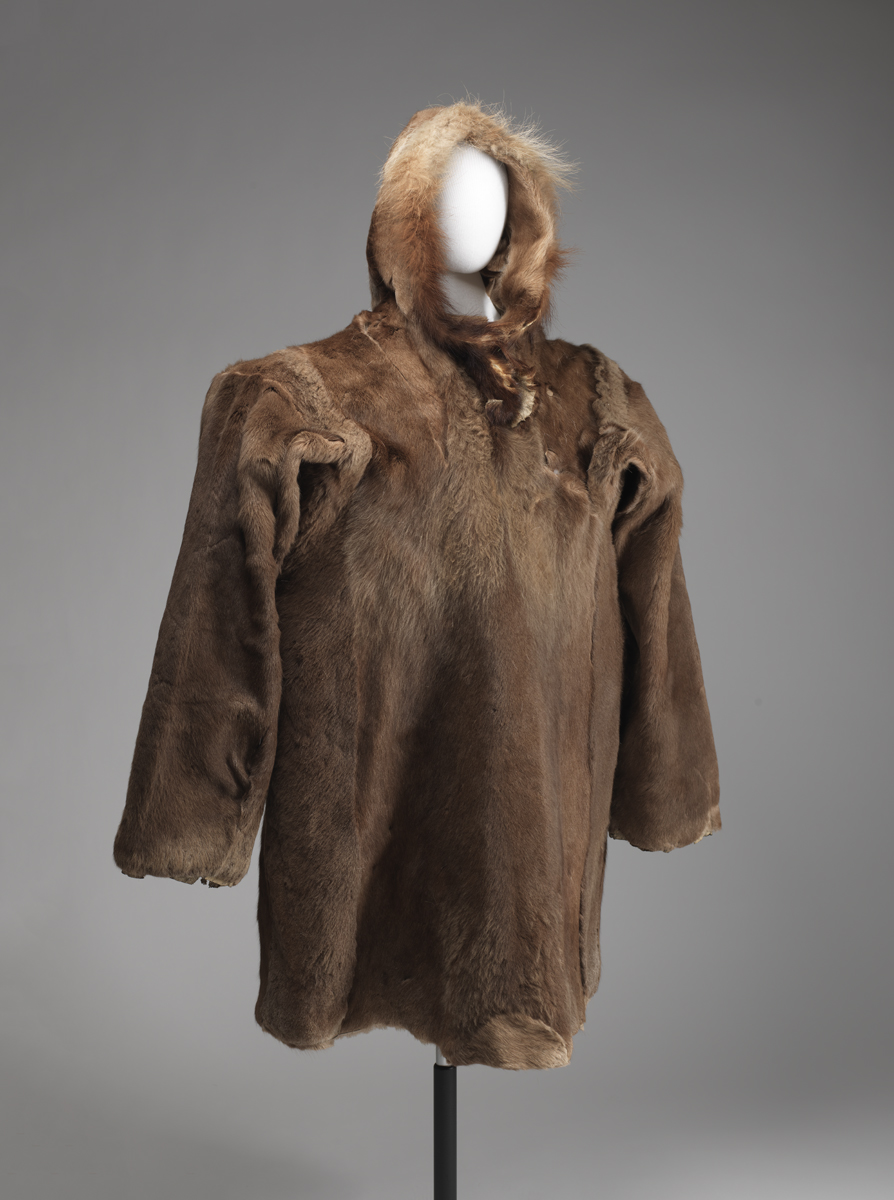 This reindeer fur parka with a hood of wolf fur was made for Adm. Richard Evelyn Byrd. (VMHC 1992.132)