The American concept that all people are equal and all have unalienable rights was introduced by Virginians George Mason and Thomas Jefferson—yet equality for all has been vigorously denied in Virginia throughout the modern era. African Americans who had been called to serve during World War II were denied equality on their return home. Virginia’s schools remained segregated, as did public and private institutions. Native Americans were denied rights they had been promised centuries ago. Women were reluctantly allowed to vote, and only slowly did they make inroads into politics. Their quest for job equality continues. Interracial marriage was denied for most of the century. Today, LGBT rights, marriage equality, and reproductive rights remain challenged. In 1786, James Madison shared with Thomas Jefferson his pride in the passage of Jefferson’s bill for religious freedom: “[We] have in this country extinguished forever the ambitious hope of making laws for the human mind.”

Serving While Segregated: African Americans and the Military

In World War II, Americans fought enemies in Europe and the Pacific who used ideas of racial superiority to justify aggressive expansionism. This irony was not lost on black Americans, who nonetheless bravely answered the call to arms, fighting for the “Double V” (victory over the Axis powers abroad and victory over racism and Jim Crow segregation at home).

On April 23, 1951, Barbara Johns led the entire student body of Robert Russa Moton High School on a walk-out of their sub-standard, segregated school building in Farmville. The NAACP tasked lawyers Oliver Hill and Spottswood Robinson to bring suit against Prince Edward County. By 1954, the case became part of Brown v. Board of Education, and the U.S. Supreme Court declared unanimously that “separate but equal” schools were unconstitutional.

No Progress, No Way: Massive Resistance

Despite the Supreme Court’s ruling to eliminate state-supported segregated education with the Brown v. Board of Education decision, Virginia was unwilling to heed the writing on the wall. Led by Sen. Harry F. Byrd, Virginia legislators enacted laws to close schools that were under court orders to integrate. Schools in Prince Edward County remained closed for five years, forcing students to look elsewhere for their schooling.

When Richard Loving and Mildred Jeter married in 1958, they had no idea that, as an interracial couple, their union violated Virginia’s Racial Integrity act of 1924. The Lovings were arrested, jailed, and exiled from Virginia. The ACLU argued against the law before the U.S. Supreme Court, which ruled unanimously that the act was unconstitutional, nullifying similar laws in fifteen other states

Virginia and the ERA: An Unfinished Battle

In 1952, Virginia finally ratified the 19th Amendment. Even after this symbolic victory, Virginia women continued to fight for equality. While the nation decided whether to pass the Equal Rights Amendment, women in the commonwealth campaigned on both sides of the issue. Congressional deadlines came and went to ratify the Amendment, and Virginia state lawmakers continue their debate on the issue to this day.

In 1952, some Virginians thought politics inappropriate for “proper” southern ladies. It took such trailblazing female politicians as Del. Kathryn Stone, Sen. Eva Scott, Virginia Supreme Court Justice Elizabeth Lacy, and U.S. Representative Leslie Byrne six decades to make headway in disproving that notion. Today it is common for women to run for political office, but they are still significantly underrepresented.

In 2012, the Virginia legislature proposed House Bill 462, a law requiring ultrasounds for women seeking abortions. In many cases, these scans were only possible through invasive procedures. HB462 ignited a firestorm of opposition from women across the commonwealth, and the nation’s attention turned to Virginia. Lawmakers wrestled with this delicate topic before eventually passing a law that mandated external, rather than internal, scans.

Early in the twenty-first century, Virginians turned their attention to a cause gaining support across the nation: same-sex marriage. In 2007, conservatives urged state legislators to pass a constitutional ban outlawing gay marriages, while others challenged that law’s legality at the federal level. After decisions at the U.S. Supreme Court made gay marriage legal, Virginia issued its first same-sex marriage licenses in October 2014.

In 1989, L. Douglas Wilder became the first African American to be elected governor of any state in the nation. He already had served Virginia in the senate and as lieutenant governor, working diligently as a liberal in a conservative legislature, promoting anti-crime legislation and a balanced budget. Following an ambitious “back roads” campaign across the state, Wilder was elected by a margin of only 7,000 votes. 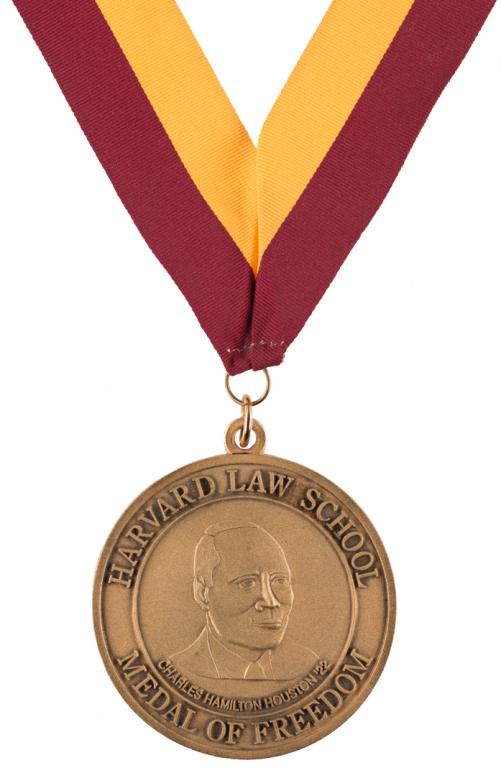 Award of Freedom from Harvard University (Front), presented to Oliver Hill for his contributions to the civil rights movement. (VMHC 2014.15)
Image 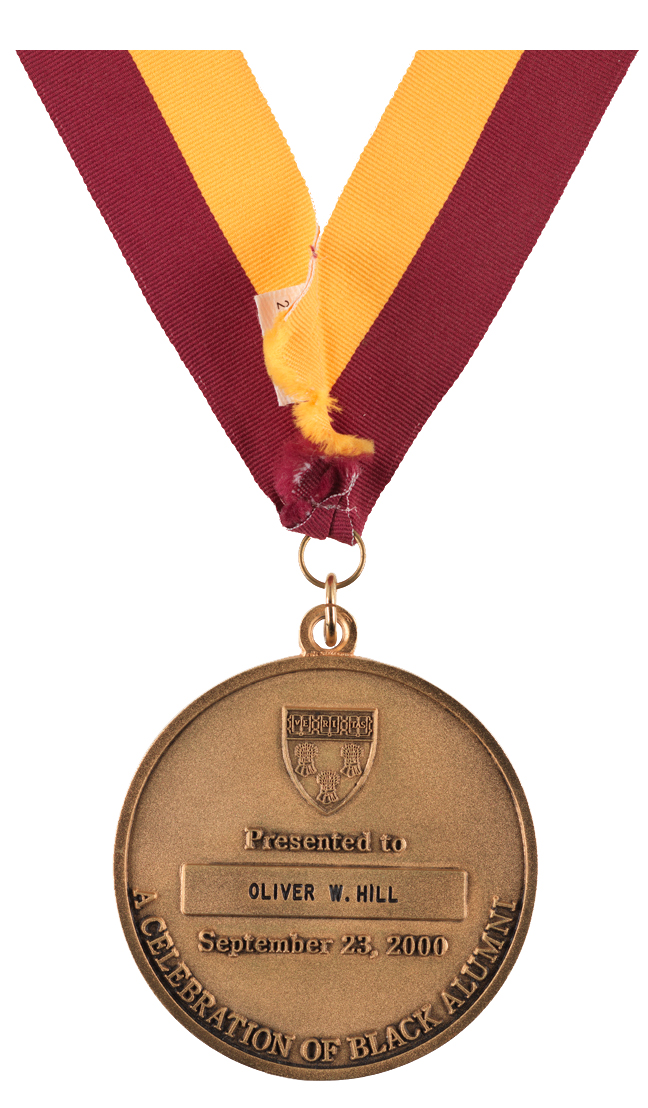 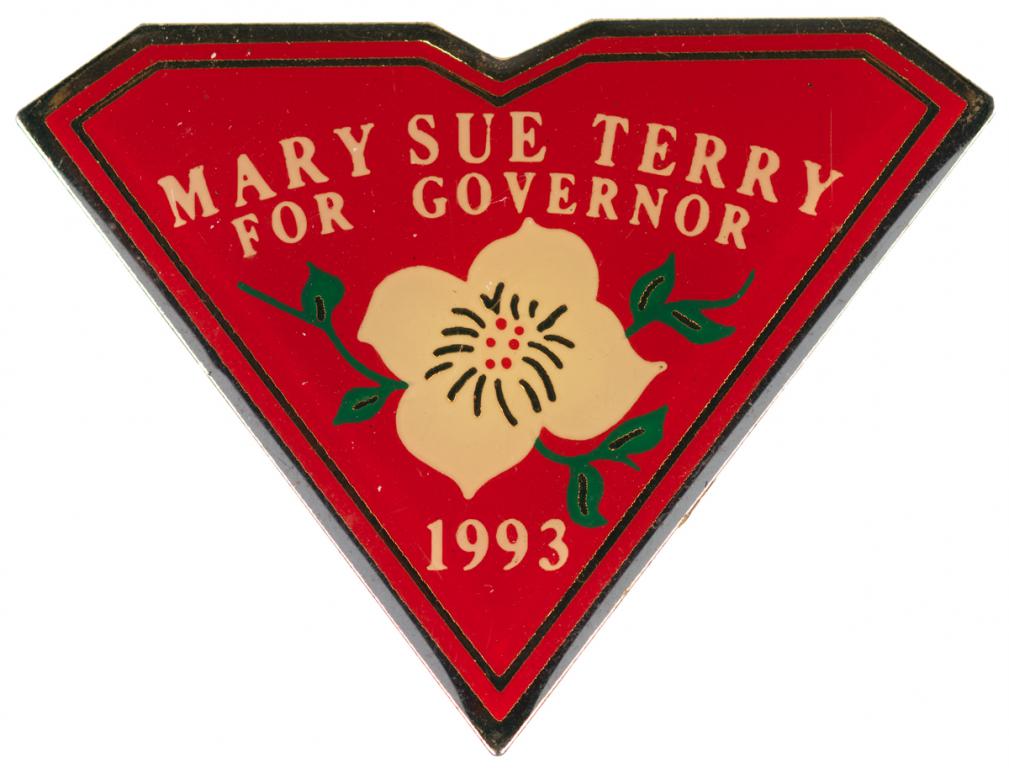 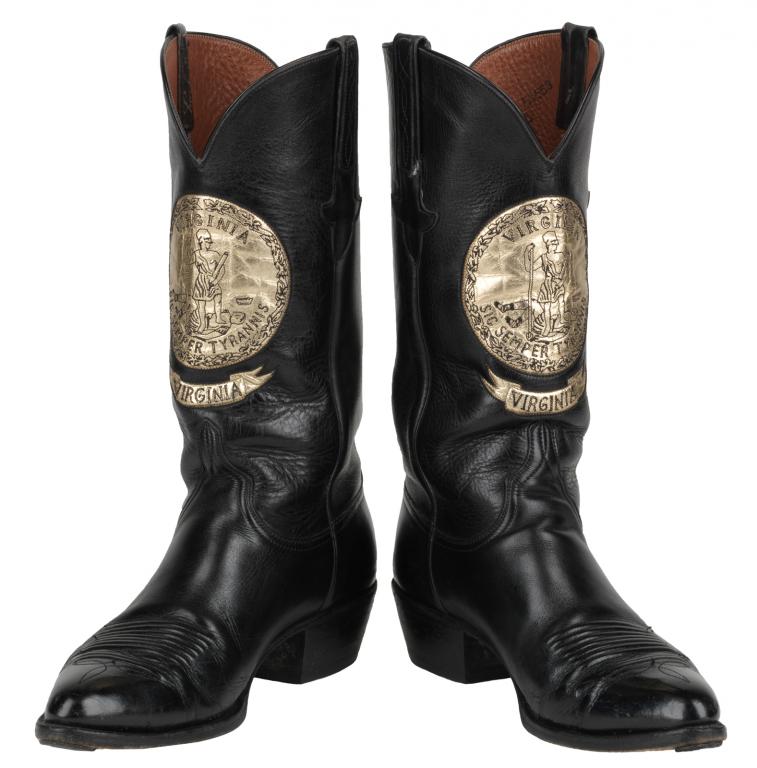 Boots given to Gov. Douglas Wilder when he delivered a commencement address at New Mexico State University. (VMHC 2014.40.A-B)