Brown I and Brown II

Brown I and Brown II

In 1950 the NAACP decided that it would no longer file lawsuits seeking equal educational facilities, but only those that sought to end segregated schools entirely. The Brown decision of 1954 was actually a judgment in five different lawsuits that had been consolidated because the principle to be decided was the same—the constitutionality of laws establishing separate schools for white and Black students.

One of the five lawsuits came from Virginia—Davis v. Prince Edward County, Virginia. On April 23, 1951, sixteen-year-old Barbara Johns led a student strike against inadequate facilities at grossly overcrowded Robert Russa Moton High School in Farmville, where science classes lacked even a single microscope. The NAACP took the case, however, only when the students—by a one vote margin—agreed to seek an integrated school rather than improved conditions at their black school. Then, Howard University-trained attorneys Spotswood Robinson and Oliver Hill filed suit.

A state court rejected the suit, agreeing with defense attorney T. Justin Moore that Virginia was vigorously equalizing Black and white schools. The verdict was appealed to the U.S. Supreme Court, where it was combined with four other cases, including Oliver L. Brown et al. v. Board of Education of Topeka, Kansas. That suit concerned an 1879 Kansas law that allowed large cities to operate segregated elementary schools even though secondary schools were integrated, and it gave its name to the consolidated Supreme Court decision.

On May 17, 1954, the U.S. Supreme Court unanimously declared that "in the field of public education the doctrine of 'Separate but equal' has no place." In declaring that "separate educational facilities are inherently unequal," it explicitly overturned the reasoning of Plessy v. Ferguson. Brown II, issued in 1955, decreed that the dismantling of separate school systems for Black and white students could proceed with "all deliberate speed," a phrase that pleased neither supporters or opponents of integration. Unintentionally, it opened the way for various strategies of resistance to the decision. 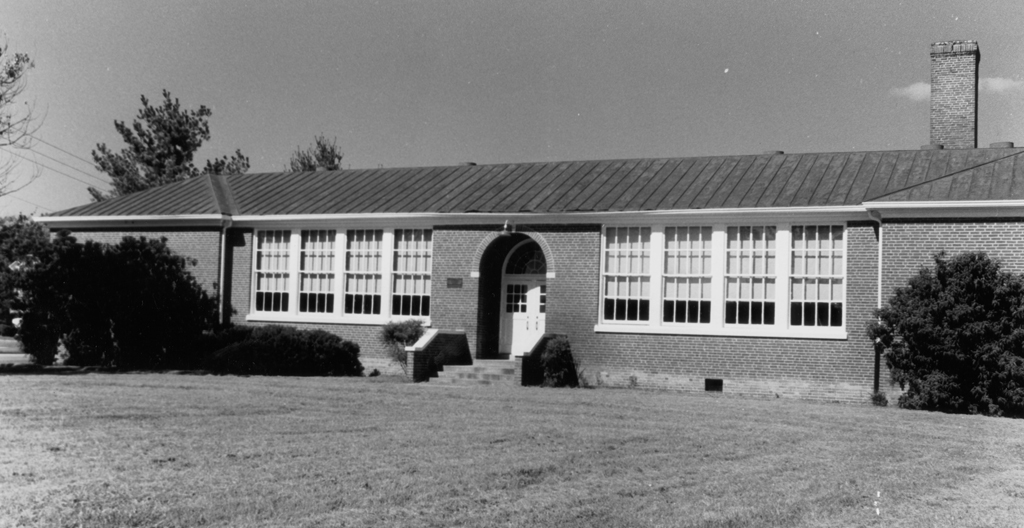 Robert Russa Moton High School, Prince Edward County
Robert Russa Moton (1867–1940), a native of Amelia County, graduated from Hampton Normal and Agricultural Institute in 1890. He succeeded Booker T. Washington as principal and president of Tuskegee Institute in Alabama, serving from 1915 to 1935. The first R. R. Moton School in Virginia opened in Farmville in 1927. In 1939 a second school opened on South Main Street and Griffin Boulevard. It was both a primary and secondary school and the first in the county to offer secondary education for African Americans. (Department of Historic Resources)
Image 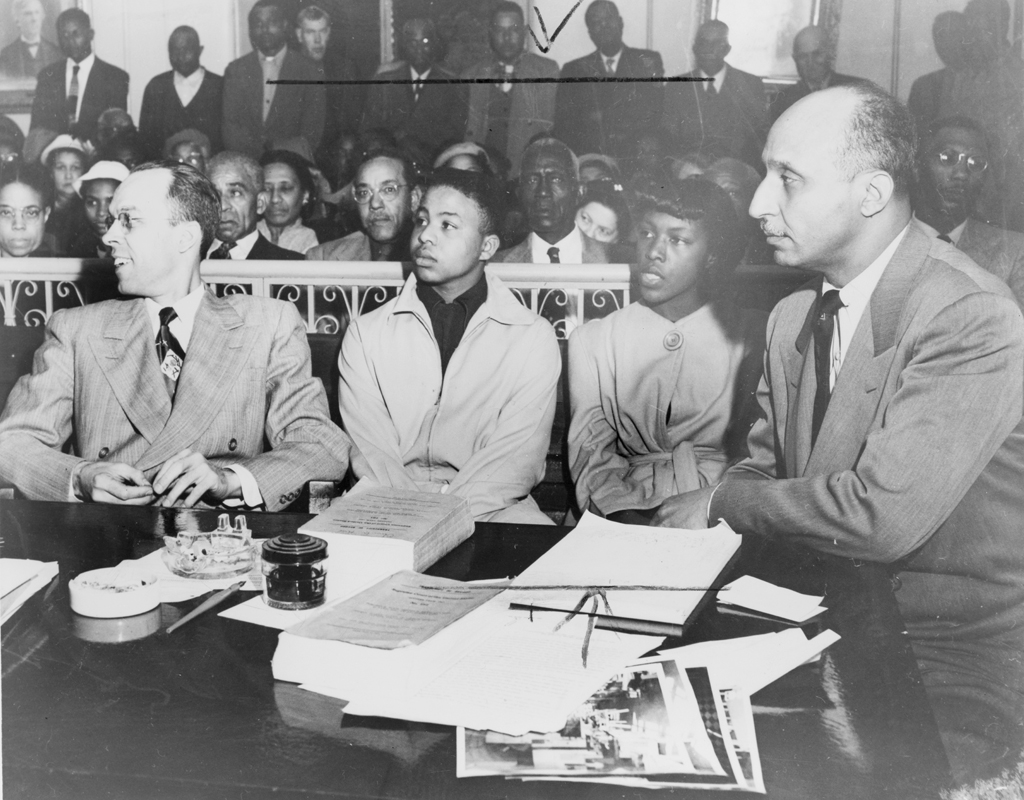 Oliver Hill (right) and Spotswood Robinson with students from West Point
In 1953 twenty-two students in West Point protested the conversion of Beverly Allen High School to an elementary school. The students were denied admission to the white high school in town, and instead were bused twenty miles to Hamilton Holmes School in King William County. Attorney Oliver Hill, shown here at the far right, said the NAACP would not take the case if the object was to recover their segregated school, but would if the case could be used to promote school integration. Here, attorneys Spotswood W. Robinson (left) and Hill flank students George Leakes and Elaine Bowen at a court hearing. (Library of Congress)
Image 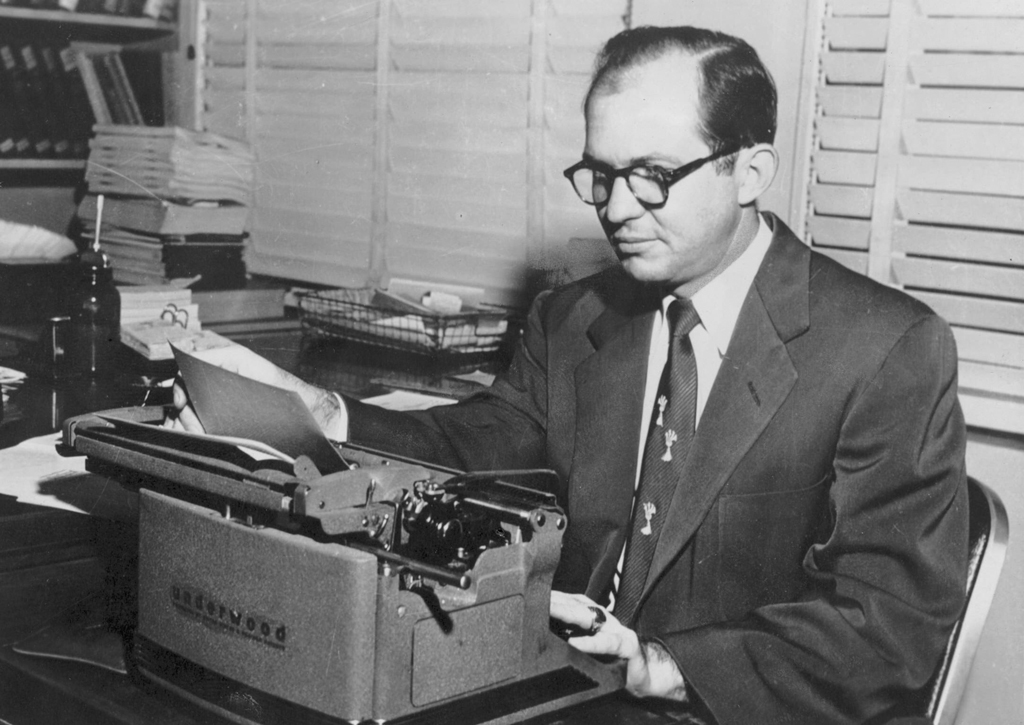 James Jackson Kilpatrick
After the Supreme Court school desegregation decision of 1954, James Jackson Kilpatrick, influential editor of the Richmond News Leader, advocated an idea he called interposition, which held that "every State has a right to interpose its sovereignty, under certain circumstances, as a challenge against encroachment by the Federal government upon reserved powers of the state." Essentially, it was the states' rights doctrine of Thomas Jefferson's Virginia and Kentucky Resolutions of 1798, recycled by John C. Calhoun as the doctrine of nullification. As a legal matter, it influenced the courts not at all. In 1962 Kilpatrick wrote The Southern Case for School Segregation. Recognizing that his was another lost cause, he nonetheless thought it important that "the South's protest be understood and regularly renewed lest it be supposed that with the passage of time the court’s action has been condoned and forgiven." (Richmond Times-Dispatch)
Image 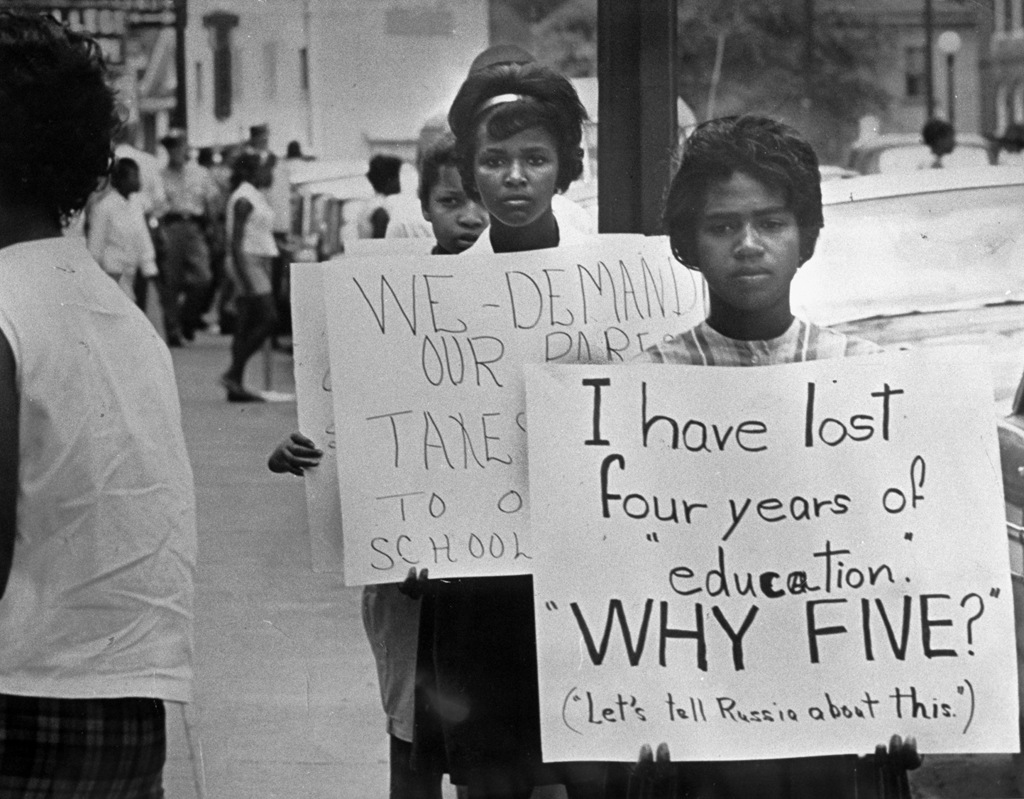 Student protest, Prince Edward County, 1963
Resisting court-ordered integration, the Board of Supervisors of Prince Edward County refused to fund the county school system, closing it from 1959 to 1964. Joan Johns Cobb, the sister of student strike leader Barbara Johns, recalls that "in order to understand how deep that hurt is, you would have had to experience it." (Richmond Times-Dispatch)