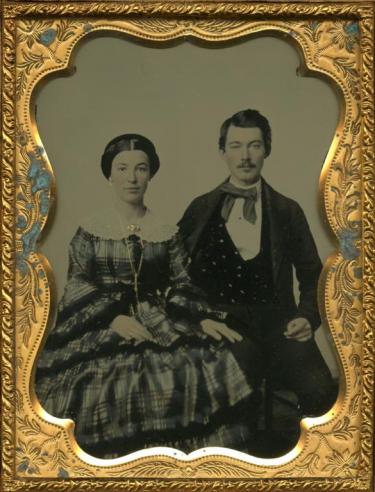 The prospect of life under United States military occupation caused some Virginians in the path of early U.S. advances to abandon their homes and become refugees.
In the same way, residents of “no—man’s-land”—the area between United States occupied territory and the Confederate frontier—often had little choice but to leave. Foraging squads and scouting patrols regularly swept the countryside, stealing food, animals, and fencing for firewood. The Confederate frontier shifted with the subsequent movement of large U.S. and Confederate armies that periodically overran it. Inevitably, residents of this region suffered the same looting, as well as the terror of actual or anticipated combat. Residents of the Confederate interior increasingly suffered the hardships of deprivation and despair, intensified in the cities by a mass influx of troops, profiteers, and refugees, followed by the wounded and sick from the battlefront. There, shortages of food and materials brought skyrocketing inflation.

The Surviving War section of the exhibition asks a series of questions relating to the civilian experience in Virginia during the war. These questions appear in the menu to the left.